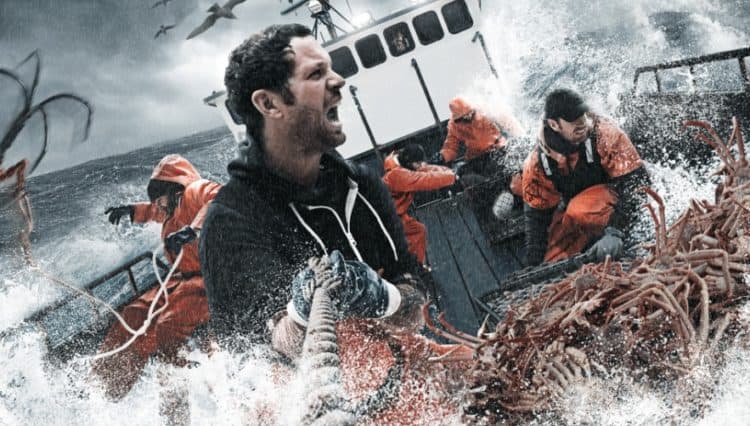 Deadliest Catch is one of the most successful unscripted shows ever made. For proof, look no further than the fact that it is on its sixteenth season, which speaks of considerable interest in its subject matter. Unfortunately, figuring out why a particular unscripted show is popular when its counterparts are not is much easier said than done, though that doesn’t mean that interested individuals can’t make an attempt anyways. Here are some of the factors that might have enabled Deadliest Catch to last for so long:

Both Familiar and Unfamiliar

For starters, Deadliest Catch is a very convenient combination of the familiar with the unfamiliar. After all, it is centered on people in the United States who head out to the Bering Sea on a regular basis for crab fishing , which is something that has managed to earn a notorious reputation. The first is useful because it makes it that much easier for interested individuals to form emotional attachments to the people seen on the screen, while the second is useful because it provides those same interested individuals with a potential point of interest to latch on to. It isn’t uncommon for unscripted shows to feature a combination of the familiar with the unfamiliar. However, that serves to further emphasize the power of such combinations.

It Has an Exciting Premise

In any case, the core premise provides Deadliest Catch with a certain sort of mystique. For those who are unfamiliar, commercial fishing is one of the more dangerous occupations out there, which is perhaps unsurprising considering its close relationship with something as temperamental as the sea. However, there are certain kinds of commercial fishing that are even more dangerous than the rest, with an excellent example being Alaskan crab fishing. To a considerable extent, this is because the Alaskan crab fishing season happens between October and January, meaning that interested individuals are contending with not just bad weather but also icy waters. This combination is very problematic because the bad weather increases the chances of them winding up in the water, which can kill with its coldness within a very short period of time. Moreover, it should be mentioned that opportunities for Alaskan crab fishing aren’t continuous throughout the entire season. Instead, it happens in spurts, meaning that interested individuals face an increased risk of accidents because of the need for haste. Even worse, should Alaskan crab fishers run into serious problems while out on the Bering Sea, their location means that they are not going to be able to count on convenient access to sources of assistance. Something that can make for worse outcomes than otherwise possible. Combined, these factors make Alaskan crab fishing very dangerous, which in turn, makes it rather exciting for considerable segments of the U.S. population.

Having said that, Alaskan crab fishing isn’t actually that exciting to watch for a lot of people out there. After all, the process can be summed up as Alaskan crab fishers putting bait on crab pots, launching the crab pots into the water, and then waiting for the crab pots to fill up with crabs. Said process can be very dangerous because those crab pots weigh hundreds and hundreds of pounds, but just because something is dangerous, it doesn’t necessarily mean that it is exciting as well. Instead, for a lot of people who watch Deadliest Catch, the bigger lure might be the relationships between the Alaskan crab fishers. Humans being humans, we tend to be very interested in certain kinds of human relationships because of our penchant for gossip. This is the reason that a lot of unscripted shows deliberately design their scenarios to encourage conflict between their participants, thus making for more drama than otherwise possible. However, Deadliest Catch has a core premise that provides plenty of drama on its own without the need for any such artificiality. One, Alaskan crab fishing involves high risks and high rewards, meaning that there is a lot of tension among Alaskan crab fishers. Two, Alaskan crab fishing happens in short spurts, which is another factor that serves to further heighten tensions. Three, Alaskan crab fishers have to spend a fair amount of time in close confines with one another, thus providing plenty of opportunities for interaction and thus plenty of opportunities for drama.

It Is More Real Than a Lot of Other Unscripted Shows

One of the biggest problems with unscripted shows is that most of them are nothing of the sort. Of course, there is nothing wrong with scripted entertainment, as shown by the hundreds and hundreds of scripted shows out there that are worth watching. However, it can be irritating to be fed scripted material while being told that it is nothing but a faithful representation of the truth of things. Sometimes, this is because this can feel like a betrayal, particularly to those who have become emotionally invested in these things. Other times, this is because this can come off as being insulting when so-called unscripted shows are so blatantly not.

Deadliest Catch isn’t free from these issues. There have been plenty of stories about the ways that the people behind the show use various manipulations to produce something more marketable. For example, they make a bigger deal of certain accidents that are relatively commonplace because that increased sense of tension makes for increased viewer investment. Likewise, they use editing to create stories with heroes and villains because that is the kind of thing that appeals to people. However, one could make the argument that Deadliest Catch is more real than a lot of other unscripted shows in another way, which is that its participants are doing something meaningful. After all, they really are out there on the Bering Sea while engaged in a high-risk, high-reward activity, whereas a lot of unscripted shows can’t claim the same kind of stakes.

Regardless of the exact reason that people continue to tune in to Deadliest Catch, the show is now on its sixteenth season. It shows no signs of stopping anytime soon, not least because it is based on an industry that will continue to exist so long as consumers retain their appetite for king crab and snow crab.