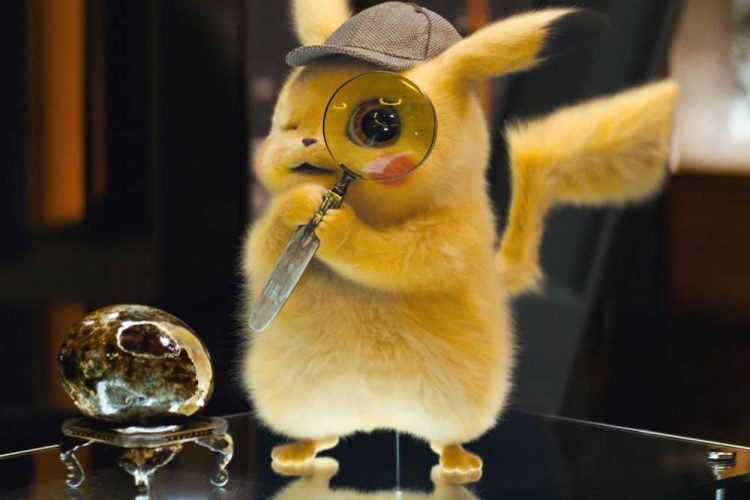 Further marketing for Detective Pikachu has come out. For those who are unfamiliar, Detective Pikachu will be the first live-action Pokemon movie. However, it won’t be based on the main Pokemon games. Instead, it will be based on a spinoff Pokemon game of the same name, which was centered on a boy teaming up with a talking Pikachu with an investigative mindset to look into a series of mysterious incidents.

Previously, Detective Pikachu had one trailer, which managed the incredible trailer of turning the movie from something that no one was particularly interested in into what could be the next big success of the Pokemon franchise. In significant part, this change of public opinion could be attributed to the role of Ryan Reynolds, who brought his characteristic charm to the part of the titular Pokemon. As such, it is no wonder that recent marketing has pushed his involvement to the forefront.

First, the people behind the upcoming movie released a short video focused on the lengths to which Reynolds has gone for the sake of the role. Suffice to say that it isn’t exactly what anyone would call serious, but it more than makes up for it by being absolutely hilarious. Something that is happened by the comedic timing between Reynolds and his wife Blake Lively. Second, there was the second trailer to come out for the upcoming movie as a whole, which featured a fair amount of new footage. Interestingly, while the first trailer covered the human protagonist’s motivations, the second trailer covered the titular character’s motivations. On top of that, it provided further looks at Detective Pikachu as well as a wide range of other Pokemon, though to be perfectly fair, that was true for its predecessor as well. Simply put, it is clear that the people behind Detective Pikachu have a pretty good idea of who they are targeting with their marketing as well as how they can move said individuals’ hearts on the matter.

How Did Ryan Reynolds Get the Role of Detective Pikachu?

Considering Reynolds’s lead role in Detective Pikachu, it is natural for interested individuals to wonder about how he winded up with it. Unfortunately, there isn’t a great deal of information that can be found about it out there, though what is available might make interesting reading nonetheless for those who are curious about the whole matter.

Initially, when the announcement was made that a Detective Pikachu movie was in the works, it seems that the Pokemon fandom latched on to the idea of getting Danny DeVito to play the titular tole. In fact, some interested individuals actually started up a petition on the matter, which received a fair amount of interest in certain circles on the Internet. However, their efforts were doomed to failure, not least because DeVito doesn’t seem to be have been particularly interested in the role, seeing as how he wasn’t familiar with the character.

As such, the people behind Detective Pikachu started looking for their own candidate for the role. Reportedly, they had a full list of potential candidates, which included names such as Hugh Jackman, Dwayne Johnson, and Mark Wahlberg. In other words, it seems that the people behind Detective Pikachu wanted a notable name to play the titular role, who presumably would have been able to use their star power to provide the movie with a helpful boost. In the end, the people behind Detective Pikachu decided to go with Reynolds, which seems to have been a fateful choice because the general tone of the trailers suggest that he has had a huge influence on the movie’s overall course. Granted, people are right to say that he sounds a lot like Deadpool, but since the results seem to be quite positive, this isn’t really a problem.

Detective Pikachu won’t be out until May of 2019. As a result, it is difficult to gauge how well it will perform, particularly since it will have some notable competition at around that time. Having said this, the trailers have managed to build up a lot of momentum, which seems likely to translate into box office numbers. What is most interesting is that Detective Pikachu was always a low-risk bet because its unusual nature made it useful as a way to test the waters for a live-action Pokemon movie without putting the most promising premise at risk, but even so, it is a bet that looks like it will be paying off handsomely.