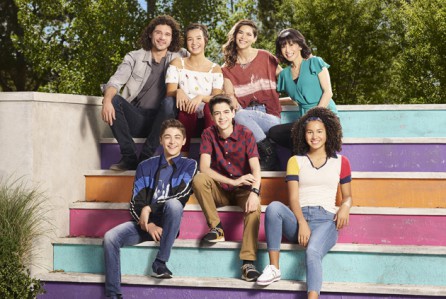 Recently, the Disney show Andi Mack brought up the topic of gun safety. In short, the captain of the basketball team and his friends invited the character Cyrus Goodman to participate in their unsupervised target practice, thus resulting in a test of character that was further complicated by the inclusion of peer pressure in the scenario. On the whole, a Disney show bringing up the topic of gun safety might have come as a surprise, but if so, it was a welcome one because there are a fair number of people who either hurt themselves or hurt others by ignoring gun safety, meaning that a reminder of its importance is useful

Why Is Bringing Up Gun Safety So Important?

Much about gun safety is a matter of common sense. For instance, one of the most important rules is to treat a gun as though it is always loaded. This is because a lot of gun accidents happen when people believe that their guns have been either emptied, safetied, or otherwise disarmed even though they are ready to discharge in reality. However, this rule is even more important because it is supposed to contribute to the sense of constant vigilance that gun users are supposed to have, which essentially says that there is never a time when they can treat their guns with carelessness.

Likewise, other important rules of gun safety tend to be pretty common sensical as well. For example, gun users are supposed to keep their fingers off of the triggers unless they are planning to use their guns, thus minimizing the chances of an unintended discharge because of an involuntary movement on their part. This happens more than what most people might have realized on initial consideration, with potential scenarios ranging from someone who is startled to someone who stumbles and falls. Likewise, gun users are supposed to keep the muzzles of their guns pointed away from non-targets, which is meant to minimize the damage done in the event that an unintended discharge happens even when they were keeping their fingers off of the triggers. On top of this, another example of common sensical gun safety rules is waiting to shoot until the gun user is sure about the target as well as what lies beyond it. In this case, this rule is supposed to prevent people from shooting either someone or something that they weren’t meaning to, whether because of overpenetration or because they were aiming at something that isn’t their actual target.

Unfortunately, while gun safety rules might be common sensical in nature, that doesn’t necessarily mean that they are intuitive. As a result, this create the importance for education about gun safety, which serves to minimize the chances of something going wrong by reducing the chances of gun users engaging in risky behaviors. This is particularly true for children and teenagers, who might not have a good grasp of the potential consequences of carelessness when it comes to gun use. Never mind the fact that some of them will be interested in guns because they want to play with them without any thought given to how to do so in a safe and sound manner.

Gun politics are pretty controversial in the United States to say the least. However, if there is one thing that people can agree on when it comes to guns, it is the need for gun safety education. On its own, Andi Mack might not have done much to instill a sense for gun safety in the viewers, but it nonetheless made its viewers aware that such issues even existed in the first place, thus raising the chances that they will be careful in the event that they ever handle guns.

As such, while the choice of gun safety can seem like a strange topic to bring up for what is supposed to be a kids’ show, it is nonetheless a good example of such shows seeking to include useful or otherwise helpful messages in their content. In this as in other things, the better informed that people are about relevant issues, the better the chances that they will be able to maintain their personal wellbeing as well as the wellbeing of the people around them.