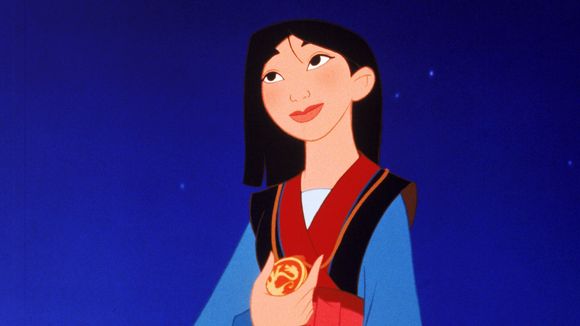 It would appear that the live action Mulan is going to be changing things up a bit when it hits the screen, not to mention straying from the usual Disney habits that many people are used to. As Kevin Burwick has noted the movie will not be featuring one of the fan favorites, Mushu, but will instead be featuring a phoenix, as the rumor goes. There’s not a lot of information on this at the moment but the other thing that will set this movie apart is that there will be no singing either, at least not insomuch as Disney films are known for song now and again. This might not sit well with some viewers since it could easily relegate Mulan to just another wartime movie considering that her legend was born during a war. But it does seem as though enough folks will find this a decent change since the whole idea of Mushu back in the original release was that while he was a family guardian, he was also somewhat out of place in the whole movie since Eddie Murphy isn’t known for being anything but funny when it comes to animated characters. In the live-action version of Disney movies it’s been seen that no matter if someone is animated however they still kind of need to conform to the surroundings and the time period, and a wisecracking dragon doesn’t seem as though it would belong in a period piece that’s meant to convey at least some sincerity. For animation it’s all well and good, but for live action it’s time to be a little more serious than Murphy’s character might allow.

The unexpected no song policy however is one that people might not understand as easily since it would appear that even the live action version of The Lion King will have songs in it, and the last time anyone saw a lion crooning out The Lion Sleeps Tonight was likely the last time they were hallucinating after imbibing too much alcohol or something stronger. Jo-Ann Rowney of Mirror did tend to clear this up by writing that the director isn’t one hundred percent sure about this yet, though considering that the trailer just dropped today it would take a lot of reshoots if the decision to add in songs was changed. Or it could be that there will be songs and the trailer simply didn’t bother to make it known. In any case if there are no songs then people are likely going to be quite disappointed since Mulan had a couple of very catchy tunes that a lot of people came to like.

Meaghan Kirby of Hello Giggles dropped another one on us by stating that Li Shang will not be Mulan’s love interest this time around and won’t even be in the movie. This seems like less of a shock since this has been something that was announced a while back and hasn’t changed. Instead her love interest will be a fellow soldier and not the captain of the guard. While it might seem as though the story is being messed with and played around with to the point of creating something vastly different than what we got back in the 90s, people should try to recall that the Disney version of Mulan’s story is not the absolute truth since what happened was in fact far different when it comes to history and was not quite as bad or as good as things are made out in Hollywood.

In the animated version it’s seen that her status as a woman would have meant death had she been discovered, but in the legend of Hua Mulan she enlisted in her father’s place when the emperor’s people were coming around to take one person from each family for the war effort. She was already well-trained and knew how to fight, and was not the bumbling soldier that she was portrayed as in the movie. For 12 years Mulan remained as part of the army until finally she was allowed to return home. There is mention of how her fellow soldiers didn’t notice that she was a woman until she finally revealed herself, though there was little to no mention of outrage, and none when it came to the idea of taking her life as a consequence for fooling anyone. Mulan was regarded as a soldier and a very striking woman in her time and did her duty to her country as she saw fit, as her father was simply too old and weak and her younger brother was too small. The animated version made things fun and engaging for kids, but it seems as though the live action version is going to take things a step further and at least put into motion the idea that she will be a little more accepted among the ranks. But we’ll have to watch and see.