Home
Movies
How Do Movies Get Authorizations for Music, Games, Etc Etc? 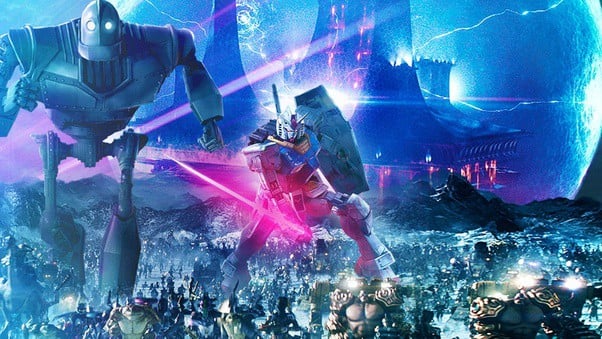 Getting the kind of permission that’s needed for a movie to be made while using content that’s owned by another company or studio is about how one might think it would be. It’s a lot of negotiation, knowing who owns the property if they’re willing to let it be represented in a movie that’s not of their making and if they’re willing to sign off on it, even if it’s only for a matter of seconds within the movie. In Ready Player One, the movie that’s showcased above, there were only a few properties that were denied to Steven Spielberg, but this was largely because those that were asked weren’t willing to allow their properties to be used at that time for certain reasons that they felt were pertinent at the time. Realistically, that didn’t hurt the movie in the slightest bit since it still went off like Roman candle, in the best way of course. The boon for this movie however is that Warner Bros. owned a great deal of the content, and Steven Spielberg was able to reach out to a great many contacts and obtain the kind permission that was needed. He and his team made it possible to create a movie that covered a wide array of pop culture characters, stories, and situations that made for something that will likely be remembered for a while.

Gaining the needed permission for a movie of this scope is something that a lot of filmmakers probably couldn’t have made happen, but with Spielberg’s reputation and contacts in the business, it was a great deal easier than it might have been for a lot of other directors. This is what it takes to bring a movie to life using material that’s already been created, used, and copyrighted though the permission, and likely the belief, that an up and coming filmmaker, or one with some experience, won’t abuse it. Plus, there’s bound to be a hefty payment depending on what piece of pop culture is being used since many sources want to be paid for the use of their material as one might suspect. How expensive it’s bound to be is all dependent on how popular it is and how it’s being used in a movie, though as one can guess, anyone trying to obtain something that might help their movie out a bit is going to be working within a budget, and if there’s something that comes with too hefty of a price tag they’re likely going to find another way to get their movie made without the use of the component they wanted or needed. That’s the deal with Hollywood though, everyone wants to get paid, and a lot of times it’s just something that needs to be understood and accepted. Knowing people and having contacts in the business can go a long way towards obtaining the kind of permission you might need for a movie, but chances are there’s still going to be a price attached since very few things are for free, though there might always be some room for negotiation.

But to aspiring filmmakers, using their own material and creating movies that don’t require permission are possibly the safest since there are many ways of getting noticed without having to gain the kind of permission that big filmmakers are able to get on a regular basis when using the IP or intellectual property of others. Those that don’t bother to gain permission and still attempt to use another person’s IP however are making a huge mistake since not only will it likely result in a lawsuit, but it will earn them a reputation of being a plagiarist as well as highly unimaginative and not at all trustworthy. On the other hand, if a person works their way up the ladder, makes connections, does things as they should, and pays for the permission to use certain properties, this can go a long way to getting in the good graces of many companies that won’t mind working with a filmmaker later on in their career and might even say ‘sure, why not’ when a person asks them if they can use this or that from their gathered works. Ready Player One was a huge exception to this since not only did Spielberg have a wide range of contacts, but his very name instills a lot of faith in people that whatever he’s creating will be done in a manner that will make their property stand out in a positive light. Being able to get people to trust you enough to trust you with their IP is a big step that a lot of aspiring filmmakers should be learning as they start out, as it’s a valuable lesson to learn. Make connections, respect other peoples’ properties, and above all, always ask before using anyone’s idea.