Home
Movies
How Do Movies Shoot Scenes With Deserted Cities? 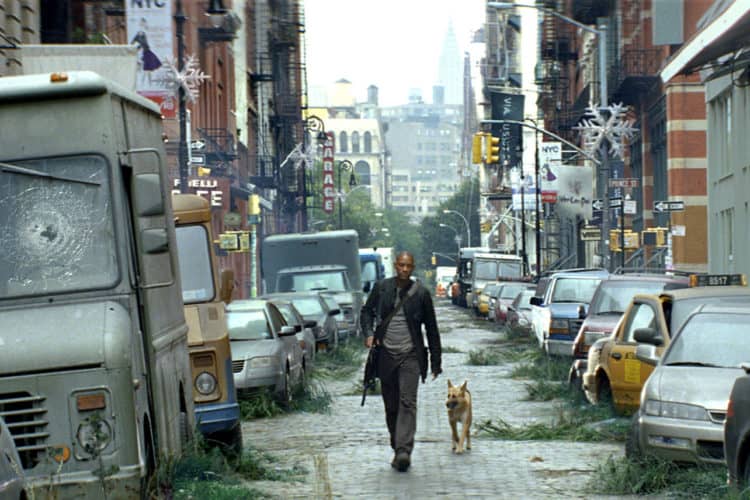 Quite a few people want to know how movies can accomplish scenes that show desolate, empty cities that would normally be bustling and filled with the commotion of many upon many people going about their daily routines. Even at night, some big cities simply don’t know how to be still and are up and moving since they never fully shut down as there’s always something going on. But the fact is that one can’t shut an entire city down for the sake of a movie, though permits can be attained to shut down a block or more as the city can agree to cordon off certain areas that the film crew needs in order to work. But it is difficult to make it happen since there are a lot of moving parts that needed to be accounted for and the logistics of such a need are insane. But obviously, those doing the filming make it work since we’ve been given several great movies that show nightmarish or disparate landscapes in which humanity is no longer the biggest deal around. The effect that’s given off by this type of scene is great since it gives a very hopeless and depressing view of where humanity might be headed one day, as the things we create and covet will no doubt outlast us as they’re seen to do on a regular basis, sitting and rusting or rotting away as the world seeks to slowly reclaim itself.

Aside from causing a person to wax poetic from time to time, these scenes are kind of hard to accomplish not just because of the permits that they require, but also because the people filming have to be able to put multiple cameras on the scene to get whatever footage they want, and will still resort to scrubbing an image from time to time since one can imagine that not everyone is going to get the message when it comes to filming a certain area. Because of this, sets can be built and rendered through CGI when needed, and in some cases, they do come out rather impressive, but in others, they tend to be lacking something that’s not easy to fix and tend to be a bit lackluster. But the whole idea of creating an empty city scene for someone to run through is rather difficult it sounds like, as the effort of trying to make certain that the city actually looks empty is one that has to be taken with great care to make sure that the audience will buy into the fantasy and won’t be online in the next couple of hours blasting the movie for the less than believable effects that essentially ruined it for them. While online critics aren’t necessarily the worst thing to worry about, they’re still not desired since those that are adamant about blasting a movie on the internet can definitely sway the opinion of many people before they ever see the movie. Still, it’s kind of a minor inconvenience when compared to the actual filming process that takes place.

Anyone that’s ever been to a big city or lived in one, and that includes a huge amount of the world population, knows that getting even one block to look deserted would be a serious headache, and many movies have gone so far as to use the natural flow of a city to help with filming. But when the absolute absence of people is needed it’s a bit daunting to think that even one street being cleared might require permit after permit and the cooperation of many upon many people that might want to see if they can get on film in some obscure way by not following directions. As it was mentioned, those that come in to scrub the images can take things out and add them as needed, but the trick is in making them look real and convincing the audience to keep watching since they either don’t want to know what the trick is or can’t tell what’s CG and what is a practical effect. Clearing out a city street though, that’s something that one can’t help but think would be nearly impossible in some big cities since a few of them really don’t stop moving, ever.

The challenge to get the right shot and to make certain that one is able to get a truly impressive shot such as an empty city that looks as though it’s been deserted for a while is something that many directors have learned how to get around but is still kind of a headache when it comes down to it. Some locations might offer up the chance to film a great deal of emptiness without too much trouble, but in the big city, it’s bound to be a little difficult to find a quiet block, much less an entire street.