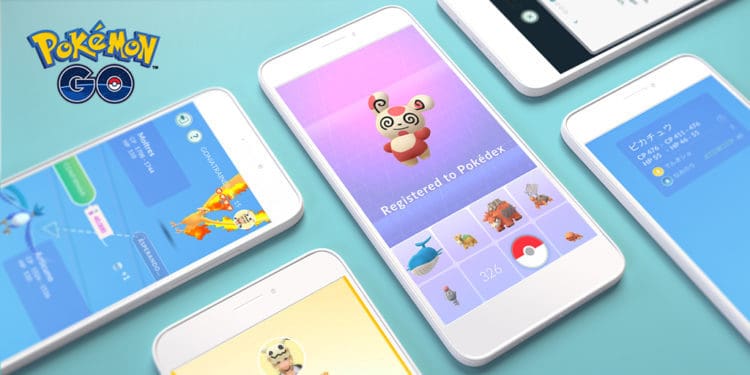 The original release of Pokemon GO made for fascinating scenes as players went gaga for the AR game in their droves. For a whole summer, the sight of grown adults running around frantically in public areas, pointing phones at empty spaces, was completely normal. Let’s be honest, it was a pretty strange time. While the rabid fervor surrounding this mobile game has died down, there are still plenty of people out there who’re trying to ‘catch em all.’ And now, they can makes Pokemon trades with other players. In summer 2018, developer Niantic officially released Pokemon GO Trading, an updated version of the game that allows players to swap and share. Let’s take a closer look at Pokemon GO Trading and what it means for fans of the game.

How Does Pokemon GO Trading Work?

The first thing to know is, players can’t just jump in to trading. We’ll leave you to decide if it’s fair or not, but we do know only level 10s and higher can play. You can only perform a trade if you have enough gameplay experience, basically. To get it, keep playing and searching for Pokemon out ‘in the wild.’ Keep throwing Poke balls, hatching eggs and performing raids. To make a trade, you’ve first got to connect with another player. They need to be your friend within the game. You’ll also need to be within a certain distance of their actual physical location. Niantic say this distance is anything within one hundred meters. So, GO Trading is set up to allow for deals happening very close by; across the street, with your next door neighbor or among your friends at work. It’s what most of us expected. However, it’s still a little disappointing to know you could have a friend a few streets away and be unable to trade from your respective houses (due to distance limitations). One hundred meters isn’t all that far when it comes to hunting down elusive Pokemon in your neighborhood.

What Currency Is Used for Pokemon Trades?

Pokemon GO fans will be familiar with Stardust, the title’s in game currency. GO trades continue to use this currency, with each trade costing one hundred Stardust. Players can earn themselves extra currency by hatching eggs and capturing wild Pokemon. You can also purchase special perks called Star Pieces from the in game store. Star Pieces give players double points on all Stardust earned in game for a duration of thirty minutes. There are plenty of opportunities to earn extra ‘cash,’ so if you’ve got the necessary experience and level ups, you should find it easy to start trading.

What Is the Friend System and Should You Use It?

Niantic has added a leveling up mechanism to in game friendships. Once you’ve connected with somebody and opened up opportunities for trading, you also have the chance to upgrade your friendship. It’s easy to do and, most importantly, it gives players access to discounted trades and extra attack points when raiding gyms. Friendship leveling also affects the range of HP and CP of the Pokemon you can receive. Both are influenced by your own level of experience and your friend’s experience. You can get a sneak preview of the potential range of stats before closing on a trade. After the trade is completed, the stats of the Pokemon will randomly change to reflect the previewed range.

What About Super Special Shiny Pokemon?

What about shiny Pokemon, we hear you cry! Well, Niantic have a system in place for those as well. For one thing, they’re limited to one trade per day. You can’t make multiple daily Special Trades; deals involving legendary or shiny Pokemon or Pokemon that aren’t already in your Pokedex. It should be noted that, the higher your level of friendship with another player, the cheaper it is to perform special trades. And you’re going to need all the help you can get. Compared with a regular trade costing one hundred Stardust, special trades are very expensive. They cost 1,000,000 Stardust when performed between players at lower friendship levels. If you’re Best Friends with another player, it’ll only cost you 40,000 to make the same special trade.

So, it pays to be a good friend in the world of Pokemon GO trading. All that’s left to say is, happy trading folks. Hope you catch some good ones!