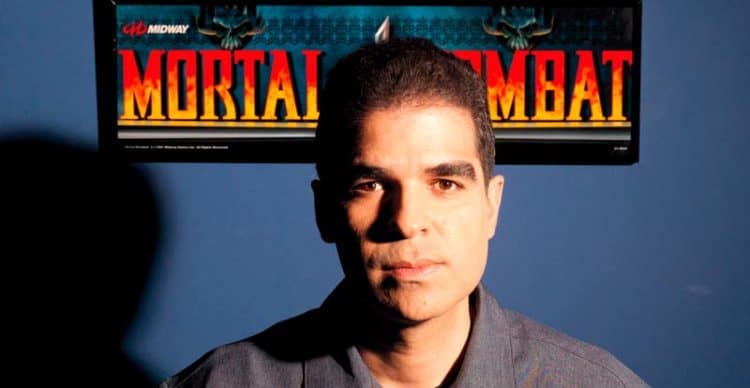 Does anyone remember the days when Mortal Kombat wasn’t one of the most popular games ever made? While I’m sure plenty of us do it’s still fair to say that Ed Boon and everyone else that was responsible for Mortal Kombat have been able to see just how they managed to change the gaming world back in the day. Before the blood-splattering and head-ripping days of MK video games weren’t nearly as violent and the most one would ever see is a beaten and bloody image of a character on Street Fighter after they’d been pummeled throughout a round. But Boon’s game came forth with a level of violence and gore that had a lot of parents up in arms and ready to riot at times. Kat Eschner of the Smithsonian puts it lightly when writing how the game changed up the video game landscape, but in truth it’s been felt by just about everyone that’s ever played the game or been involved with gaming at all since MK and Ed Boon have taken the kid gloves off and gone full steam ahead in order to bring a gaming experience to light that had never been thought of or dared before.

Chris Kerr of Gamasutra actually gets into writing what Boon has said about the early days when they were still creating the game for the arcade. You know, arcades? Big gathering places filled with huge game consoles that people congregated in to have fun? Nowadays there are still arcades out there but the wonder of MK has been consigned almost completely to the console since the last MK game to come in the arcade was Mortal Kombat 4. Since that time the MK titles have been exclusively written for home consoles as it’s been seen that they reach a much larger demographic and are easier to access for many people, which means more exposure and therefore more money. With the advent of online gaming it’s only become more lucrative over the years, especially since merchandising has gone through the roof no matter if MK has had its down times here and there. There have been a few titles that were less than popular in the franchise, but those that have caught the attention of the fans have been more than enough to make up for it.

Peter Brown of Gamespot has written that Ed Boon actually says the hardest part of MK ever was figuring out how to make it come to life. In making the game look so realistic the creators of MK were miled ahead of the competition since if you remember playing the first game you were likely amazed as you could be that the fighters looked like REAL PEOPLE. It depends on the player as to whether or not you realized that a few of the fighters were the same person in a different outfit but at the same time the novelty of it was that these weren’t block characters and they weren’t cartoons, these were actual people that had done the work for this game and the movements looked entirely plausible, right up until the more out of control moves that no one could possibly do.

Mortal Kombat changed the way we look at video games in a very big sense considering that the violence was simply unprecedented according to many people. That’s kind of funny when you think about all the things that Mario and other characters have done throughout the years. Mario stepped on living mushrooms, kicked turtles around, and threw fireballs at people, remember? In Pole Position if you ran into something your driver ‘died’ in a fiery explosion. There’s been more violence in video games since before MK came around than people seem to realize, but since nothing was ever shown to get bloody or out of control it seemed okay. But the moment that the first head ripped off or the first character was immolated in fire, things got ugly with people. Thankfully the demand for the game was so great that it didn’t seem to matter since people wanted to play it and they wanted that blood code that would enable the guts and gore to be featured. Mortal Kombat changed things up in a way that was simply unheard of at the time since blood, guts, and gore were not a standard part of the video game experience, and despite parents and anyone else being up in arms about it the fans spoke up in a big way and demanded that it be left as it was. As you can see today that idea has only continued to expand, since where a spine pull was the worst that could be done back in the day, now some of the fatalities are nausea-inducing in all their glorious detail. And of course, we can’t forget the now famous line “FINISH HIM!”

Ah yes, Boon gave birth to an instant classic, and millions of fans thank him for it.