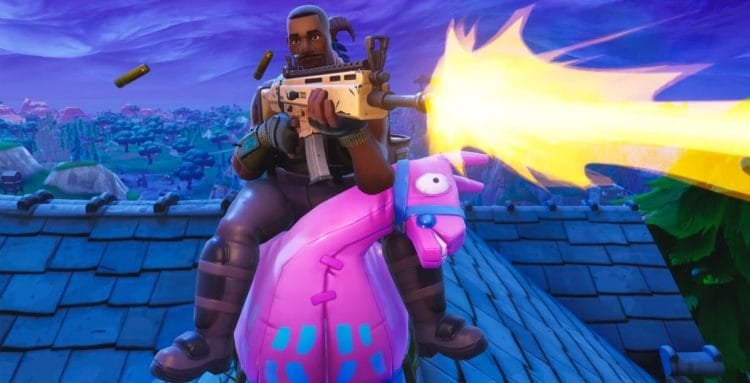 In the world of gaming free-to-play models are becoming the next big thing as you might expect. And why not? Titles like Fortnite, Smite, Apex Legends, and Warframe are quickly finding out that when the upfront costs of said games are negated players are finding the willingness to spend extra for in-game purchases since it seems to be their choice rather than a requirement. This leads to increased pleasure which in turn leads to increased profits which is a good business model any way you cut it. To be realistic it’s not likely that we’ll ever see the current type of method ever fully replace the full-priced version of the game, but it would seem feasible that a lot of publishers would see this as a viable method that would allow more and more people to experience the free-to-play experience and therefore get them hooked into being loyal and motivated players.

Free-to-play has been around in one form or another for a number of years since the relatively low cost of playing the game turned out to be a very efficient way to draw in more players. Once people get hooked on the game it’s become evident that they’re more likely to think less about the microtransactions that happen in the game and will continue to purchase what they need to enhance their gaming experience. It’s kind of amusing to think that it took this long, but with the online experience to enhance the overall game play it would seem that people just needed a little more incentive to really get into the process.

Now that it’s been established that this can and does work it’s been easy to see the similarities between this and the gaming fads that have been evident over the past decade. If you look closely you can even make comparisons with the massively multiplayer online games, or MMOs. The genre has stayed healthy but it doesn’t dominate in quite the same way as it used to. A lot of studios were at one point looking to build on the success of World of Warcraft which, let’s face it, was one of the more popular of the online games considering how many people remained glued to their screens for extended periods of time. Several different games tried to follow this success and had some luck in their own right but didn’t quite boast the same numbers no matter how popular the story or how well-designed the game was.

It’s easy to see now how many games are attempting to take this next logical step as established brands are a lot easier to sell to the public than newly created entities that might offer something different and enticing, but are still new ideas that fans have to get used to. Still, that doesn’t mean that interest is so low that such titles can’t make a big impact, as Apex Legends has shown. The growing trend is taking place among a good number of games as studios have discovered that games can easily be converted to this method and are showing a great return for such a switch. In fact it would seem safe to say that even the classics are bound to do a little better in sales once this method is applied.

The only downside here is that if a game isn’t well-established already as a fan favorite the downfall could be that creating the game is both costly and time-consuming, which means in both cases that without the introductory price that the studios could stand to lose a lot of money. Some companies simply couldn’t take this kind of hit if their title isn’t picked up by a great number of fans that are willing to pay the introductory price or find the title somehow lacking in a way that the more well-established titles no longer need to worry about. In the effort to cash in on this method some companies seemed destined to falter and possibly fail since their brand isn’t known well enough and could therefore take a steep nosedive that could result in a financial catastrophe.

It’s not all doom and gloom though since publishers and developers could find a way to offset the initial loss in a couple of ways. Brand alliances and commercials could possibly be the ticket to saving said studios and offering the games for free with commercials playing throughout the game could be an answer. Doing such a thing during gameplay doesn’t seem like the best idea, but running the commercials during the game’s downtime, such as after the player dies, or following a match, could be the best way to go about it. The lack of interruption to the flow of the game would quell any fan revolt and maintain interest in the game, and could possibly get fans thinking about the product as it shows up time and time again.

The idea of free-to-play gaming is something that is at this point becoming quite popular since it gives players a chance to try out their favorite titles and to experience new games for a low to no cost that doesn’t end up turning a lot of people off. It might rely heavily on advertising and the slow but inevitable chance of getting people hooked, but it does seem as though this method is here to stay.