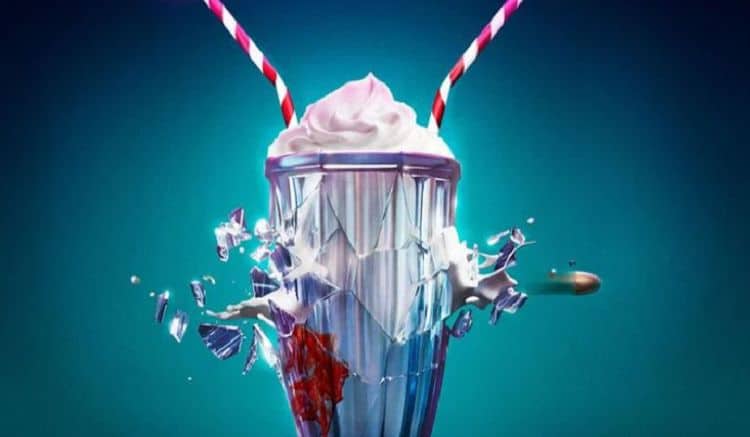 I never know how to take Netflix movies. At its best, we get modern classics like The Irishman and Chadwick Boseman’s acting masterclass, Ma Rainey’s Black Bottom. However, for every Oscar-worthy Netflix series, there are a thousand more that feel less like a work of cinema and more like an algorithm working out the kinks. As a bona fide Riverdale fan, I’ve been conned into watching one of its cast members embarrass themselves in a movie with the production values of a Hallmark movie that’s trying to do much more.

When Netflix hits, it hits. Much to Steven Spielberg’s chagrin, the last half-decade of Oscar nominations show that Netflix is no longer a niche market for other studios but a Hollywood power-player unto itself. However, where Netflix largely fails to recreate that cinematic movie magic is with popcorn fare.

While the Irishman would’ve benefited from four hours in a theater, I’d reckon that nobody but the loudest cinephile watches films like Marriage Story thinking how much better it would be on the big screen. However, when the streaming giant tries to go for big-screen action and adventure on a smaller scale, its inadequacies begin to stack up.

A recent example, Zack Snyder’s zombie heist stinker clearly had the budget to swing big. However, after slogging through 150 minutes of a zombie heist movie that forgets about the latter half of its entire appeal, it hit me that these movies need a theater experience to throw the caution to the wind and enjoy them at face value. I am not a man of refined taste. Yes, I love the latest experimental Steven Soderbergh movies, but I also own too many Asylum mockbusters to call myself a student of the medium.

Some movies are better on the big screen. It doesn’t mean they’re better than the Oscar-contending dramas, but popcorn movies lose appeal when Jiffy Pop and actual butter replace the glorious toxic waste that theaters drown their best confection in.

In comes Navot Papushado’s Gunpowder Milkshake. Gunpowder Milkshake takes from several action worlds to create a sleek and stylistic cross between the comic-inspired, Noire-based action of John Wick, running it through just enough Kingsmen, and offering up a cast that rivals Sly Stallone’s dream cast in the Expendabelles film that, unfortunately, never happened.

On this side, the movie delivers everything you want. Karen Gillan, whose ability to be hilarious while keeping an intense, deadpan look is perfect for a genre that benefits from a little absurdist comedy on the side. Led by her elders, a cast of badass women played by Angela Bassett, Michelle Yeoh, Lena Headey, and Spy Mom herself, Carla Gugino, all play with the personas we already know and show why they have been here for decades. For Yeoh, in particular, going back to her action roots wanted me to see her take on Taken-inspired action, a genre that Milkshake does little to shy away from. With Paul Giamatti Giamatti-ing it up as the film’s main villain, it’s a disposable, fun way to spend two hours at your home theater.

The film does little to hide its inspiration. The stylish tone adds a CW twist to the Wick formula and often does so with great success. From a slow-motion single-take where a camera pans and follows the action in a way unlike I’ve ever seen to Gillan’s memorable fight inside a bowling alley. The big-screen action shows that Netflix has what it takes to get into the blockbuster game, but it also indicates where Netflix fails to blur the line between big-screen entertainment.

I’ve always preferred the Amazon Prime method of combining big-screen revenue with the convenience of a streaming service. It let me check out films like Logan Lucky, where it felt more natural to do so. Unfortunately, being from a small town outside of Sacramento, I don’t get the opportunity to see The Irishman or Ma Rainey in select theaters around the same four cities that get everything. Prime allows me to bypass this by enjoying their best movies at the theater only to catch it not long after at my house. For a film as big and loud as Gunpowder Milkshake, I’d love to see them film it on the big-screen.

At $30 million, Milkshake comes in right around the John Wick budget. Throughout the film, you see the money on the screen. Why, then, does it look like they shot it for CBS’s movie of the week? Before you yell at me about my television settings, I’ve tried it all across the board. Netflix films that don’t get select releases consistently have that same cheapening appeal. Whether they use the leftover cameras from Fuller House or edit it with home release in mind, I never feel like I am watching a big-screen movie. I feel like I am watching a well-produced CW production with a Hollywood cast and budget.

Home entertainment works for many movies. Shudder produces low-budget films practically every other week, and few suffer the way that Netflix does. Netflix wants to create the film-going experience at home, but they take out the immersion that allows this all to happen. Despite all this, Gunpowder Milkshake made me yearn for more. While not my movie of the year, it’s one of the most fun experiences I’ve had since Oscar season died down at the height of quarantine streaming.

While it did not hinder my Gunpowder Milkshake viewing experience, the network television aesthetic plaguing so many original Netflix productions has me worried about the platform’s future films. Specifically with regards to Rian Johnson’s soon-to-be-a-hit-franchise Knives Out. His first Agatha Christie impression was a movie-going experience for the ages. However, unless Netflix changes course, audiences will view the next one from home.

I’m OK with this, but where I worry most is how the movie will look. If Netflix wants to bypass the box office, that is fine with me. Furthermore, with the movie going to theaters overseas, perhaps my ire needs to go toward STX, as well. However, when they start to purge the market of our favorite IPs, I  to respect what made the predecessors special. Otherwise, 2 Knives 2 Out and all of its ensuing sequels will likely be engaging, well-acted mysteries whose action looks less out of an old paperback and more like I’m about to see a commercial for depends.