Home
Movies
How Has the Movie Time Bandits Not Been Remade By Now? 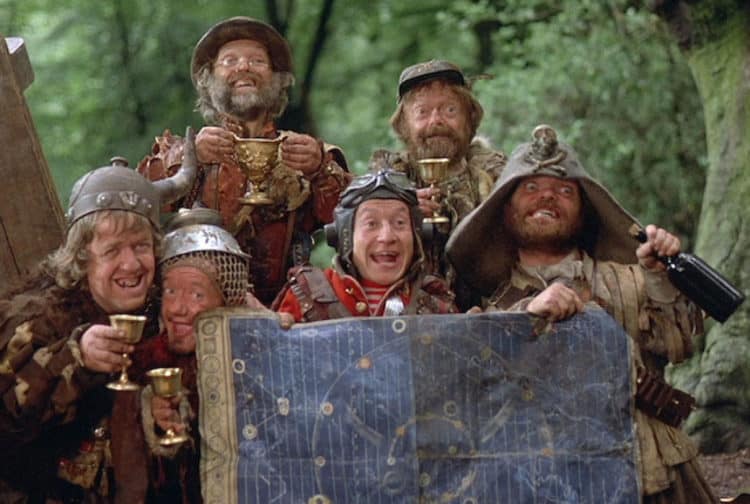 We could ask why a lot of movies haven’t be remade and the answer would always vary, but there are some, and I still can’t believe I agree with this, that could be remade and given an even better outlook than the original was given due to advanced storytelling techniques, cinematography, and of course, special effects. The story of course is something that a lot of people remember since it was crazy enough to stick in one’s head once they’d watched it, and the general idea was plenty of fun since it was something that people could easily enjoy in a very silly but engaging way considering that a band of dwarves was traipsing across time, supposedly being chased by the Supreme Being as he was attempting to get his map back that allowed them to make their way throughout history When a young kid inadvertently joined them on their adventures it became more of a race to see how far they could get away from the main antagonist while avoiding the Supreme Being at the same time. To say that this movie is a bit obscure is accurate enough since a lot of people likely don’t remember it and would look at a person blankly if asked about the movie. In fact, they might think of several other movies since there have been plenty of stories told about time-travelers that make their way through time in a haphazard sort of way.

But Time Bandits is one of those that just kind of goes with it and creates a story that looks absolutely disjointed at times while it looks almost sensible at others. That’s the trick about tripping through time though, it’s bound to mix and match dozens of different ideas all at once since any given timeline is the product of however many eras it took to bring that present era to pass. When you think of it like that, humanity is in a sense composed of time travelers, it just takes most of us a lot longer to move from one era to another since we don’t have a map to grant us the kind of quick and easy access we’d like. The movie though, the main point of this article, is entertaining enough, or was for a lot of us when we were younger, and could be again for a new generation if someone with enough ambition and gumption, and possibly enough experience, could take hold of it and make the idea into something that might shine once again with a radiance that could help it to become a noticeably popular story. Whether or not it will ever happen is of course kind of hard to say, but there are talks that Taika Waititi is working with Apple TV to make such a thing happen.

It’s worth wondering if this idea will bear any fruit or if even Taika is kind of in over his head with this plan. It’s hard to say that since Taika has already made his way into the business and proven that he has what it takes to put anything together and make it work. He made a movie that had a young boy who had Hitler as his imaginary friend, and people still went to watch it, which should tell you that if anyone can put Time Bandits together as a movie or a show it’s him. But with that in mind, it’s still a wonder as to how it will come out and if fans of the original movie will actually think that it was worth the effort. It’s easy to think that a lot of folks will think that no, of course not, there’s no way to improve upon the original at all and that Taika is a fool for trying. But then there are those that love the movie just as much and think that a reboot could possibly be the right way to go in order to keep the idea alive and pay some sort of respect to the guys that made it possible in the first place. The fun part is that you can agree or disagree with who you want since the truth is that Time Bandits probably could use a good clap on the back to knock the dust off and then another run to see if the idea is still popular with the fans.

It’s a safe bet that many that don’t recall a lot of the 90s, either because they were too young or hadn’t been born, might look at this idea and think that it’s something new or something that has been dragged out of the mothballs, but the great part for fans of the original movie is that it would be like a return to childhood. You know, when things appeared a lot simpler and fantasy was still an easy escape?