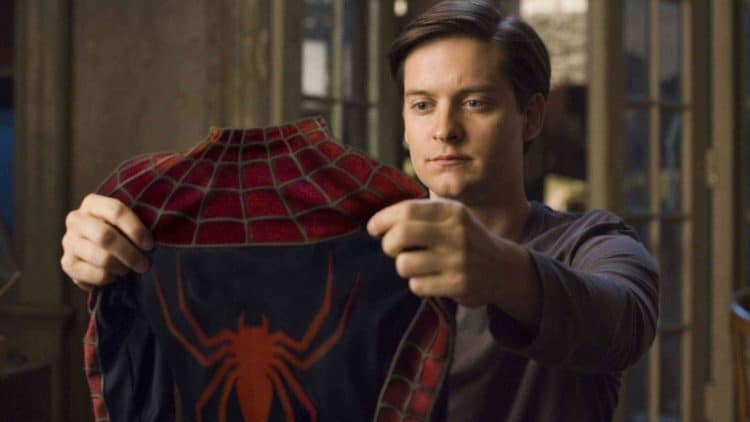 The best way to explain how James Cameron affected the idea of Spider-Man on the big screen is to say that he took the hero seriously, unlike many others that had at that point thought that it was a fine idea but that it couldn’t go much of anywhere. Up until that point, talk of a Spider-Man movie was little more than a pipe dream, but Cameron was apparently willing to take it seriously, and as a result this had a huge effect on Sam Raimi and David Koepp, who would go on to eventually release the Tobey Maguire-led Spider-Man that people were bound to go nuts for. It sounds as thought Koepp was having a difficult time trying to find any way to get the script written, but Cameron’s take on the whole thing managed to kick things into high gear and get the ball rolling. A lot of folks should still remember how exciting it was to see the wallcrawler come to life on the big screen back in the 90s, as he came on the heels of the X-Men, who started their run just before Spider-Man came out. But Cameron’s whole take on Spider-Man as a character was what really started inspiring Koepp and Raimi, instilling in them the need to look at the character from a different angle and coming up with ideas that would keep in line with the original character but could still be seen as something new and exciting. What they came up with was pretty faithful to the comic books, but the organic web shooters were a bit freaky really, even if they were new.

They did put a different spin on the character however and were kind of interesting in a dynamic sort of way, but one also has to think that the webbing being an internal part of Peter’s body might become problematic as well. It’s easy to think that he might be able to find a way to control it to the point that he wouldn’t be firing off webs when he flicked his wrist a certain way, but thinking that there wouldn’t be any strange or even negative effects if the ducts that spat the webs became obscured is kind of naive. In a way it feels as though this part of the character was thought out for a little while and then kind of just given the green light without really thinking about any other implications, but I could be wrong. It could be that they thought no one would ask such questions, but in Spider-Man 2 those built-in web shooters become a little more problematic when Peter’s attempting to stop the train and keeps firing webs to the left and the right in order to slow it down. Granted, it’s easier to suspend belief than question every little part of a movie, as I tend to do a lot, but thinking about it now one has to wonder just how much webbing Peter can produce in a day and what might have happened had he run out already, since he’d been using it against Doctor Octopus as well. There’s no real issue with the web shooters being a part of him, but it begs the question as to the supply and the control, questions that were never fully answered to be honest.

There are plenty of practical questions about Spider-Man that people can and have asked, but the main point is that by taking the idea seriously, James Cameron really helped to open the door a bit more to the superhero experience in movies, which has been growing steadily now since the 90s. One could argue that was already seen to start with Christopher Reeves and Adam West quite a while back, but while the Superman movies were considered fun cinema and West and Burt Ward were more of a kids’ show, the superhero movies of today have taken on a slightly different cast. While not all of them are insanely violent or problematic thankfully, the point is that they’re taken far more seriously at this time by many people that happen to enjoy the superhero experience and are more than willing to consider them as serious cinema. Obviously some folks still don’t think they should be called cinema (cough, cough, Scorsese, cough) but everyone is entitled to their opinion and as a result it’s likely that one day there will be a few more comic book movies that might be up for Best Picture or Best Actor or something similar.

In the meantime, Spider-Man has come a long way since the first movie and at this point a few things have changed in order to keep things updated and to the fans’ liking, but many people are willing to call for Maguire to come back. A lot of them might not even know about Cameron’s involvement.