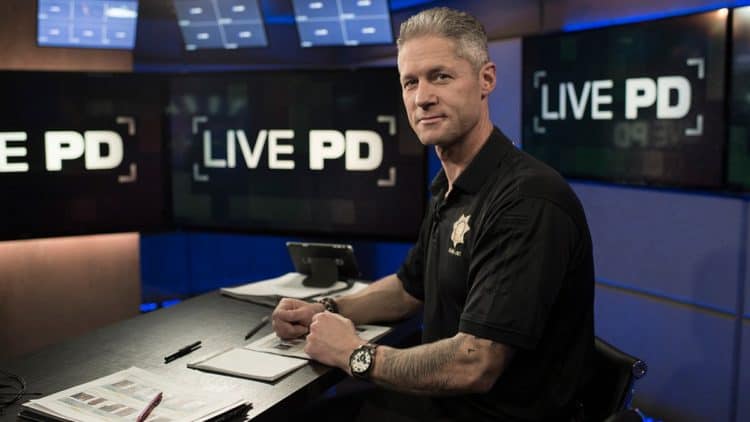 People have long wanted to see real police in action, but there was not any way to do that short of following them around time waiting for them to answer calls. If you were to do that, you might actually find yourself on the wrong end of the law, and that would defeat the purpose. Thankfully, reality television has opened up the possibility for us. There have been shows for quite some time now that deal with police calls as they happen. It is our chance to find see law enforcement in action. One of the latest shows that has proven tremendously successful is Live PD. Let us look more at how Live PD has crossed reality television into a real world powerhouse.

Live PD came on the air in late 2016. It is a hit reality tv series that airs on the Arts and Entertainment network. In just three seasons, more than 200 episodes have already aired. It continues to grow in popularity, coming on the air every Friday and Saturday evening like clockwork. It has grown so successful that one recent survey showed it the most watched television on those two nights in just about every category imaginable. That is quite the following.

Many viewers have simply found the show to be addicting. They have to tune in weekly just to see what happens next. It is their chance to see various police departments and how they communicate with the public. It also gives viewers the opportunity to witness how calls are handled live. These calls range anywhere from the mundane to the crazy. You just never what you are going to see when the show comes on the air each night.

This show has quickly become the real world powerhouse that it is because of the faces that have come to life from the police department. The calls that are answered really get the viewers involved in the show in a way that was never before possible. Consider that there are complaints made about Christmas lights and officers have to work to defuse the situation, including one that involved a chocolate fountain. Then, there are other cases that involve shootings, domestic violence, and even a possible abduction. It is television with a twist.

Beyond this, the police officers and their bosses that are portrayed on the show have personalities that the average viewer is not going to forget that easily. These include officers such as Danny Brown in Richland County. He is known for almost always being to find the drugs that are hidden at any particular location the police are called to. Then, there is Jill Marshall. She is from Warwick Police Department and viewers get to see that she has come up with a new community based approach to policing. Many viewers have also fallen in love with the K-9 dogs that make regular appearances.

You might think that Live PD is like Cops, the show popular on Fox for much of that last two decades. It actually has quite a few differences. Live PD is largely unedited. Viewers get the all experience as it happens, with minimal interference. This is also what has gained it some critics in the process, but that is for another story. Some of the officers on Live PD have actually been promoted or presented with commendations as a result of their actions on the show. One office, of example, was awarded after Live PD filmed him helping a child get out of the way during a car chase. It is this kind of feel good story that has people flocking to the show in record numbers.

To be fair, not everyone is a fan. Even some police departments have cut its contract with Live PD, citing actions that are harmful to police work. Others make the claim that police officers are sometimes making reckless decisions in order to take calls that they know would play well on television. While this might good for the viewers, the argument is that it is not always safe for the police or the community.

In the end, Live PD has become a real world powerhouse that is making quite an impact. It is interesting to see the change in reaction towards the police once people are able to see what they go through on the job. This is real reality television the way it was meant to be, without any editing.