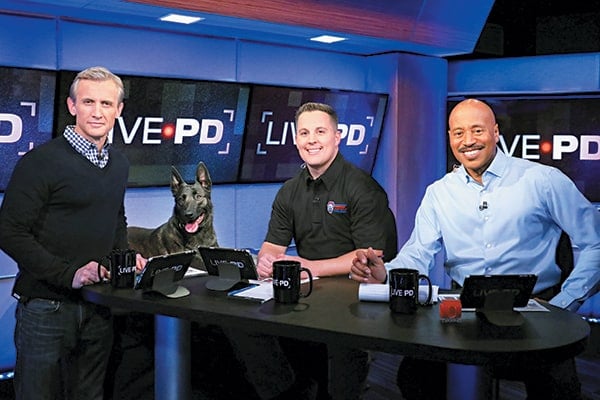 Like its name suggests, Live PD is one of a number of unscripted shows that are based on the premise of following police officers in the course of their duties and responsibilities. This means that the show offers live feeds from a number of law enforcement agencies, though in practice, the footage is delayed for a few seconds to even a few minutes because of the need to prevent inappropriate material from being shown on the TV screen. Regardless, it is interesting to note that the participants on Live PD have shown a wide range of responses to their experiences.

For example, there are some law enforcement agencies who have had negative responses to their participation on Live PD. In particular, people who pay attention to entertainment news might be familiar with how the Tulsa police department chose not to renew its contract with the show, which might have been motivated by image problems. After all, it is interesting to note that the announcement came after the airing of a controversial clip in which a black man complained about racial profiling. Something that sparked sympathy from a wide range of people.

Why Is This So Important?

This is important because a strong relationship with the community can make a law enforcement agency much more effective and efficient than otherwise possible, so much so that it can mean the difference between success and failure. After all, a community that trusts their police is much likelier to offer information as well as other forms of cooperation when needed, thus increasing their chances of success. Furthermore, a sense of mutual trust minimizes the chances for friction, which can lead to something much worse with depressing ease.

For proof of the importance of relationship building, look no further than the wide range of such efforts that have been launched by various law enforcement agencies. In some cases, these efforts are very formalized. For instance, whenever law enforcement agencies conduct fundraising for charitable purposes, that serves to bolster their image while reminding people of their presence in their communities. However, it is interesting to note that relationship building can be surprisingly informal in nature as well. After all, there are examples of police making themselves more familiar to the people who they are supposed to protect by doing something as simple as going to the same houses of worship. Initially, such efforts often result in some tension, but over time, they have been known to make the police officers seem more familiar to the community, which in turn, causes the community to become more accepting of the attending police officers and thus the police as a whole.

Essentially, participation on Live PD can be seen as a more efficient method for ensuring the same effect. After all, a TV program can reach a lot more people than real life interaction, thus enabling it to send the same message many more times than what even the best communicators can manage when interacting with other people on a face-to-face basis. With that said, it is clear that Live PD isn’t a perfect method for relationship building in the modern age for law enforcement agencies. There are definitely law enforcement agencies that have benefited, but at the same time, there are other law enforcement agencies that have achieved less productive results because of various factors such as bad lack and perhaps their own failings. As such, one can’t help but wonder whether there will come a time when law enforcement agencies will actually distill their experiences with Live PD and similar shows to produce a set of best practices for how to present themselves in the best light while minimizing the chances for potential complications to come up.