Home
Movies
How Much More of John Wick Can We Expect To See? 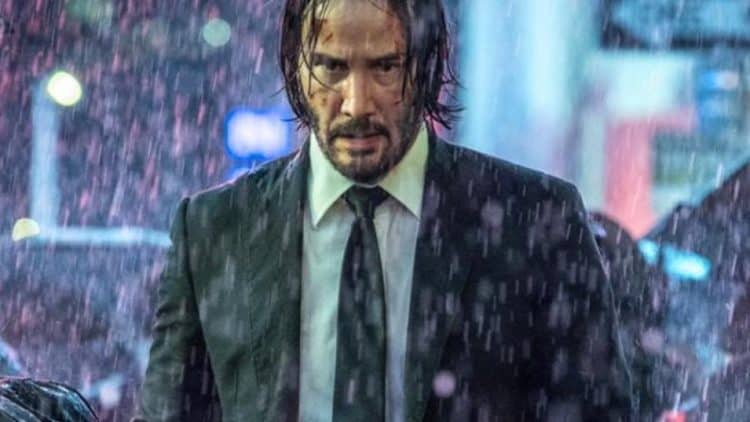 If you’re not up for spoilers then you might need to move on since John Wick is the type of subject that you’re going to need some basis about when it comes to engaging in any discussion that has the lead character and his story as a main topic. Already it’s been seen the John Wick: Chapter 3-Parabellum, is just as big as Avenger: Endgame if not bigger and people are flocking in droves to the theater to see the movie. That does leave a question that seems to be posed by a lot of people, and one that Mike Floorwalker from Looper seems eager to answer. Just how much John Wick are we going to be seeing? Well the answer to that is, a lot.

The titular assassin is a man of great focus and undeniable purpose and when he sets his mind to something it’s bound to happen no matter if those that stand against him want it or not. The way the third film went and the manner in which it ended is a good indication that Dave McNary from Variety agrees that we’re going to see a number 4. But then again it’s likely that we’re going to see more games, a TV series, and who knows what else according to those in charge. The phenomenon that is John Wick has exploded in a way that a lot of people simply didn’t expect, not even the director in fact, and it’s become an institution of sorts that people have locked onto without hesitation. Whatever it is about John Wick happens to draw people in without fail since the first movie confused a few people as to the veracity of the plot and the whole idea that centered around a man going nuts and killing those that used to be his clients/allies over a dog that his wife gave him is a bit nuts. But when you take the sentimental part and add it in you can kind of see how it might be able to work. But then you add in the punk kid that thought he was being cool and ripping off some random individual and it makes perfect sense.

When the second movie came along John Wick was already popular, but seeing someone doublecross him and then try to hide in a safe space for killers was enough to make us think that no matter what happened Wick was going to get his revenge. This is John Wick after all, a character that doesn’t start anything or harm anyone that he’s not being paid to harm. Even then, he was out of the game before the first film started, and yet all it took was an ill-advised breaking and entering and assault to get him back into the swing of things. From that point on it became a running expectation of carnage as the enemies started dropping like flies and they just kept sending more and more after Wick in an attempt to take him down. It’s been shown that Wick isn’t invulnerable. He isn’t a superhero, he does have weaknesses that can be exploited, but his drive and his ability to take pain that would put other people on their knees is amazing. Plus, in the third film when he basically has a city against him, John still doesn’t flinch as he goes wherever he needs to go and dispatches whoever he has to in order to stay alive and get to the people that he needs to see. That’s the whole premise of John Wick, he doesn’t kill until someone hires or provokes him, and then there’s almost no stopping him.

It’s fair to say that we might get tired of Wick at some point, but it’s definitely not today since the third movie is still climbing the charts and the promise of a fourth to come is something that people who have seen the movie are already salivating over. The way the third movie was left it can’t be helped since John is still alive and those that have helped him in the past are dead set against the person that wants John dead. It’s going to be an all out war in the city and the odd thing about it is as you’ve seen in the second movie by now a lot of people simply have no idea who’s who until that final reveal. If the idea of the film is to make a person paranoid about the world around them then it likely worked on a few folks around the world, but overall John Wick is a stunning display of action, thrills, and of purpose on the kind of level that a lot of us don’t happen to feel at any given time, at least not like this. Yeah, we can probably take a lot more of John Wick in the foreseeable future.