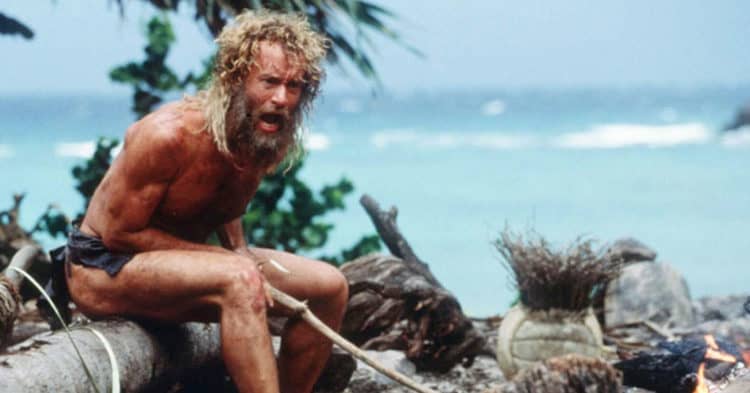 With the release of Sonic the Hedgehog, and the excellent reception the movie has received, it only seems right for us to look back at the movie that really kicked off what is likely to be the next great Hollywood Gold Rush. That’s right; comic book movies are donzo. Put all your money on video game movies. When they become the new it-thing in tinsel town you can thank me for the tip, just as you can thank one little movie that lit the spark that rocketed this burgeoning genre to heights unseen.

What movie, you ask?

Mortal Kombat? No. Dumb fun though it was, with fairly accurate character designs and a thumpin’ soundtrack, Mortal Kombat is not the big tuna that launched a movie dynasty. Street Fighter? It had Raul Julia’s last great performance, single-handedly saving the film. But no, that’s not the great savior, either. What about Tomb Raider? 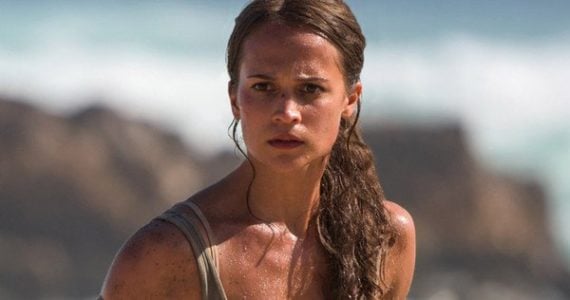 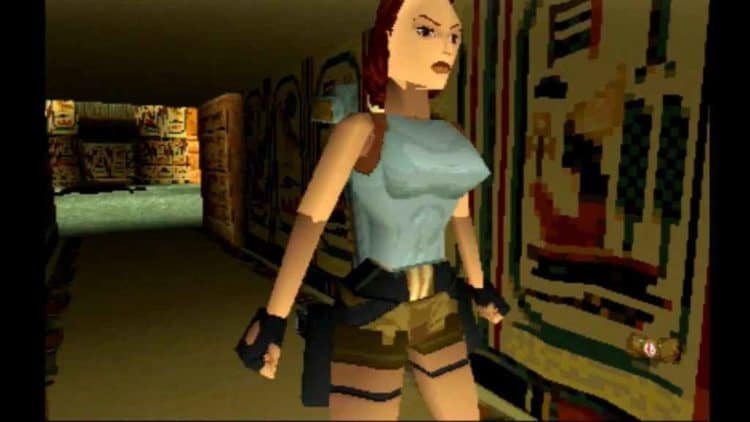 Oh gosh no, too far. 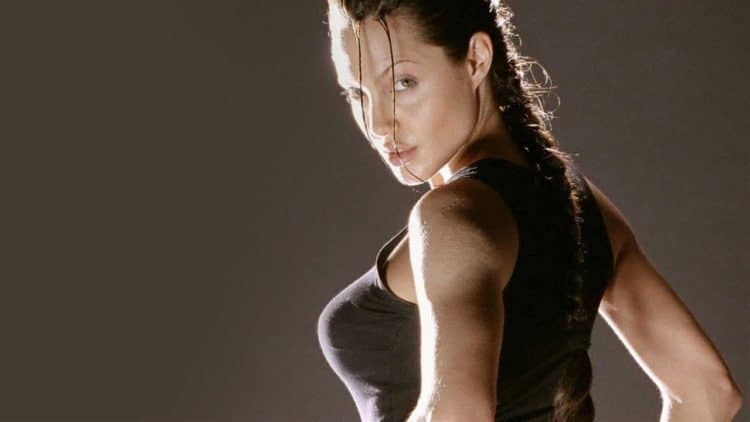 That’s the one. But no. Not that either.

No, the film I’m talking about is, of course, Super Mario Bros. The Movie. 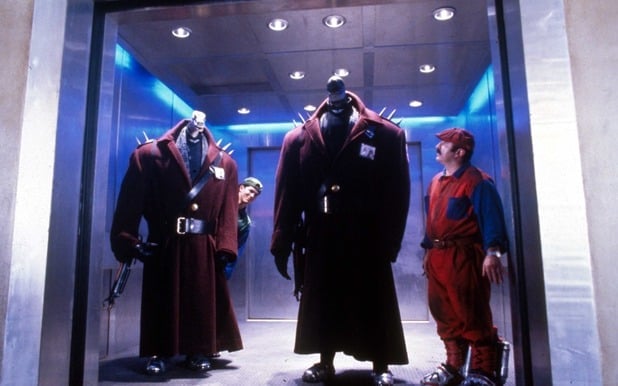 Wait, don’t go; I was only joking!

Truthfully, there’s no one in their right mind who would look at this absolute disaster of a movie and think it was the savior of anything. The film is an odd duck, with a visual style that is very confident; the directors really went for it, it’s just what they were actually going for was…well, whatever this turned out to be.

The animatronic work is stellar, there’s a bizarre, dark humor permeating the movie that kids would never pick up on, and the casting is pretty great, all things considered.

Say what you will about the movie, but you can’t argue that this— 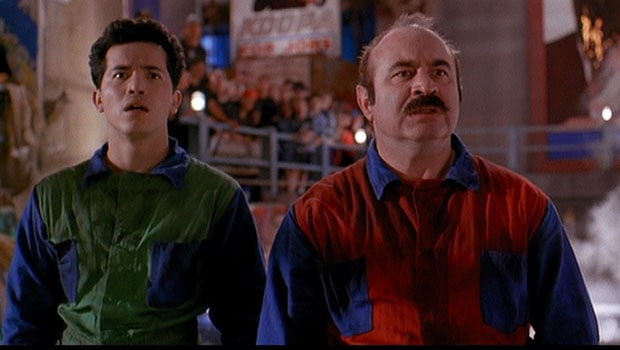 But what if I told you that, during pre-production, back when the movie was considered sort of a hot project, none other than Tom Hanks himself expressed interest in starring in the film. Now, when you look at Tom Hanks, circa 1992… 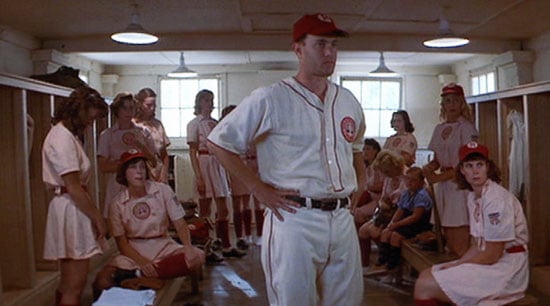 The you might think he’d be the perfect Luigi, right? He’s got the lanky look, the slender face. All he needs is a little padding around the gut, some green overalls, a novelty mustache and presto: Luigi. Look I made this with my fancy skills: 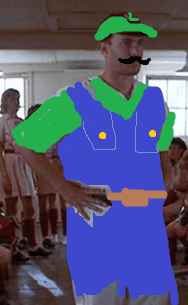 Anyway, it wasn’t Luigi he was wanting, however. He wanted the top role. He wanted to be Mario. Can you imagine what kind of a score that is for this movie, with a semi-independent studio producing and a pair of newbie directors at the helm? It’s like gold falling from the sky and landing in your front yard. You couldn’t ask for a better get.

They turned him down.

Just straight up shot the poor guy down. What’s more, they insulted him, too, telling his agent that he wasn’t even going to get an audition. Why, you ask? Apparently the decision makers decided that Tom Hanks was yesterday’s news, a flash in the pan actor whose best days were behind him.

Now let’s try to be fair to these morons and their decision-making prowess. Tom Hanks at this point in time was coming off of Joe vs The Volcano, a Meg Ryan-partnered romcom that absolutely flopped in theaters. Sure, he’d done Big and Turner & Hooch, both successes. He also did Dragnet and Radio Flyer, which…

I can sort of see what they were thinking.

But he had also just finished A League of their Own, drawing big praise for his performance. Instead, the studio pursued Bob Hoskins for the starring role and, considering his work on Who Framed Roger Rabbit and his ability to at least look the part, it’s easy to see what they were going for. In terms of appealing to the big stars of tomorrow, they sought after and secured…

Now we come to the part of the story where Tom Hanks dodges a Super Bill-sized Bullet.

After being snubbed, Hanks instead took a role in yet another Meg Ryan romcom, Sleepless in Seattle. And, while Super Mario Bros. ran well past its production schedule, Tom Hanks found time to squeeze in the filming of another movie, Philadelphia. The former cemented him as the most endearing leading man in Hollywood. The latter nabbed him his first Oscar and made him the most dependable leading man in Hollywood. 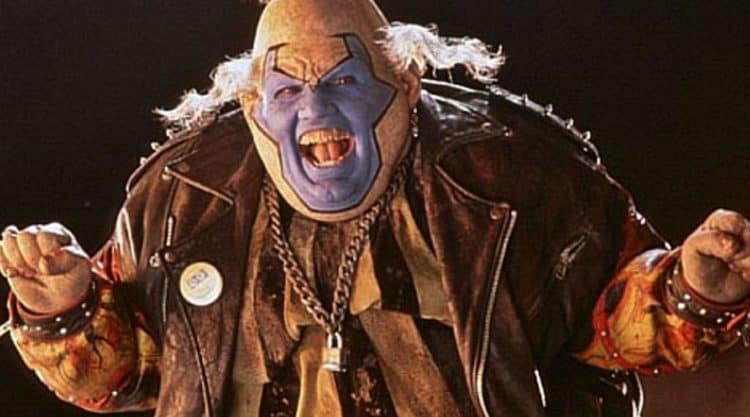 Hanks kept churning out hits, following up Philadelphia with Forest Gump (winning a second-consecutive Best Actor Oscar), then did Apollo 13 and Toy Story, both critically acclaimed. He cashed in on his midas touch status by overseeing his own production, the fictional music biopic That Thing You Do (underrated, that one is), then did Saving Private Ryan (another Best Actor nomination), You’ve Got Mail, Toy Story 2, The Green Mile, and closed out the decade filming Cast Away (another Best Actor nom). He ended the 90s as the most bankable, likable, reliable star in Hollywood, a true timeless leading man in the mold of Carey Grant or Jimmy Stewart.

But yeah Super freaking Mario Bros. The Movie was too good for him.

Before we close, let’s just consider what might’ve happened had Hanks been given the starring role in what would have been a flop and an industry punchline no matter who donned the overalls.

Coming off the disappointing Joe vs the Volcano, another high profile failure as Super Mario would have resulted in exactly the kind of career the producers of the movie actually thought was coming. He would have had to pass on Sleepless in Seattle to film this movie, depriving the world of one of the best romantic-comedies of all time. Let’s pretend Meg teamed up with Harry/Sally co-star Billy Crystal for that one, making for a still-good but not classic film.

The production running long was going to happened regardless; the co-directors were, in the (censored) words of Bob Hoskins, talentless, clueless hacks who had no idea how to make a movie. So the delay would have forced him to pass on Philadelphia and his shift to more dramatic, Oscar-worthy performances. So there goes Forest Gump and Apollo 13. John Travolta of all people was next in line for that movie, so…there’s that alternate reality.

And it just spirals out into the abyss from there.

Long story short, being rejected by Super Mario Bros. The Movie is akin to being a talented, handsome, second-string QB, asking dog faced Marcy Dinkens to prom and being laughed at, only to go on and graduate, win two Academy Awards, become the starring voice of the most beloved animated series of all time, be considered the most trusted man in America, and win the Presidential Medal of Freedom.