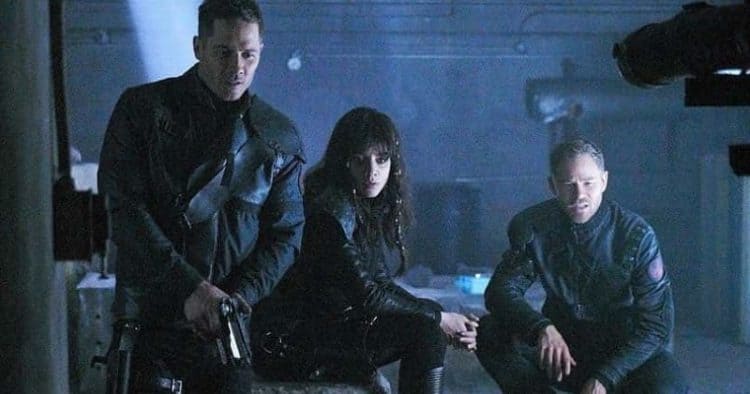 If you haven’t seen Killjoys, television program that airs on the Syfy channel, you don’t know what you’re missing. It’s really something that’s quite unique it has a way of drawing you in a little more with each episode. It’s one of those shows that has several different things going on in the background so you have to pay attention or you’ll end up missing some of the more important points of the plot. With this show, the story isn’t always about the main thing you’re seeing on the screen. Much more frequently, it’s about the underlying theme that runs through the entire episode and sometimes, through the series as a whole. You might even say that it serves as a more than adequate metaphor for your daily life. If you’ve ever doubted this, go back and watch some of the earlier episodes and then see how the show has changed over the years.

Before we get too far into some of the deeper plot lines that run through the show, it’s important for you to get some background information about it. If you’ve never seen it before, you’re probably scratching your head and wondering what it’s all about. Therefore, it’s imperative to get these basics out of the way in order to more closely examine the things that really make the show stand out. For starters, it’s a show that is set in an alternative universe, and it takes place in outer space. There is a great deal of unrest and lawlessness and it’s up to three celestial bounty hunters, the three main characters of the show, to keep law and order at all costs. These individuals don’t answer to anyone and they’re governed by no one. This in and of itself is an interesting premise, especially if you remember that tried and true statement, “absolute power corrupts absolutely.”

As you can tell, the basic plot line is one that’s interesting enough to get almost anybody to watch at least one or two episodes. Even if you’re not really into television programs about an alternative universe or you don’t like space dramas, you might find yourself quickly falling in love with this one. It’s very gritty, it’s quite different from anything else that’s ever been produced, and it ties in with some very complicated theories about human nature in general. Chances are, you’ll decide the show is more than worth sticking with after you see a couple of episodes. The more important question, as has already been alluded to, is how has the series changed throughout the four seasons that have already aired?

Remember, this is a show that’s now in its fifth and final season. Just like anything else that manages to last more than a couple of seasons, a lot has changed since it started. Most of it was already integrated into the storyline when the show was first developed. That’s the one thing that makes this particular series a little bit different than so many of the other things that you have access to on television these days. There have been changes, and there’s no doubt about that. However, those changes haven’t necessarily been because they had to be written in as a result of factors occurring off the set. Instead, they are changes that were already planned when the show was still in its infancy. If you want to know more, all you have to do is keep reading.

As you might have already guessed, there are bound to be a lot of things that change when you have a plot line about people who have no rules, yet they are the ones tasked with enforcing rules for everyone else. The problem here is that they’re capable of doing that through any means necessary and there is no one, absolutely no one, to govern anything they decide to do. That basically makes them judge, jury and executioner. The bigger issue here is that there are three of them and they certainly don’t always agree on who should be reprimanded or how a reprimand should be carried out. There are also no rules within their small group so if one of them steps out of line, one or two of the others are perfectly within their right to do whatever they see fit. As you can see, this makes for some very interesting and even more intense moments.

Over the years, the show has changed with regard to how the characters see themselves, not to mention how they view the rest of the world. When the show was just starting out, these were characters who had a certain amount of idealism. They saw themselves as guardians, if you will. They often thought that they had a noble calling, often making this particular show feel like a modern-day example of the Knights of the Round Table, set in outer space. Over the years, that has changed a great deal to reflect the gray areas that exist within all of us.

There are few things in life that are truly black and white. While some people might see something as always right or always wrong, the circumstances of each individual choice often have a lot to do with whether or not that choice was actually right or wrong. People often make the right choices for the wrong reasons and by the same token, they make the wrong choices for the right reasons each and every day. Imagine what it would be like to enforce justice, so to speak, in what amounts to a lawless society when you’ve been exposed to so many different things that you don’t even know what’s right or wrong anymore. That is what these characters struggle with and that is precisely how the show has changed over the years, more accurately reflecting that struggle that goes on within each and every one of us.

If it’s action you’re hoping to see, you won’t be disappointed, either. From day one, there has been plenty of action associated with this series. These days, there is still a great deal of action to be enjoyed, there is no doubt about that. However, the plot lines are much deeper and if you’re really paying attention, they definitely make you think about how you might react in a similar situation.