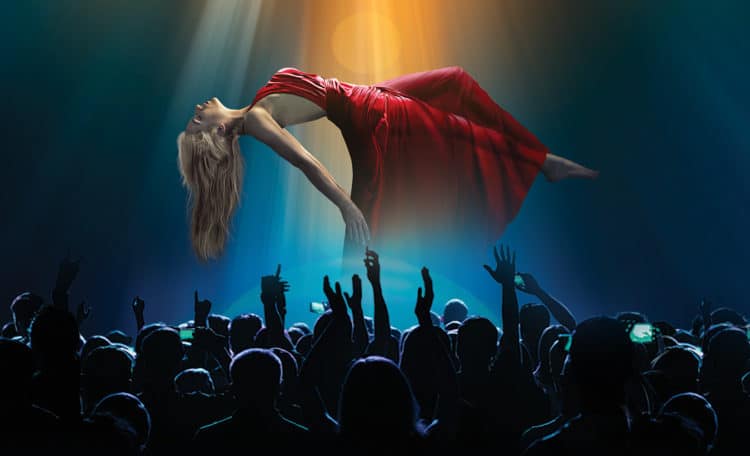 The evolution of Masters of Illusion on the CW has a lot to do with the fact that in the time when stage magic seems like it should have died off a while back, this show is still able to create the kind of thrills that people are still willing to watch and be amazed by. As Liane Starr of IndieWire would likely agree we live in a technological age when people have come to value something like CGI that can roll back the clock on actors, can create wonders and marvels that are beyond belief, and yet street magic and stage magic are still concepts that people are willing to sit and watch, just to see if they can catch the trick. And that’s it, the one thing that draws so many people back to the show again and again. Season after season people have been trying to figure out the trick, and while some have likely done so either because they share the same hobby, occupation, or profession, it’s still been a phenomenon that has changed throughout one season after another.

On top of that stage magic is a relief from the technology that has suffused our culture. Yes it’s amazing, yes it’s something absolutely great and fun to watch that doesn’t need the benefit of hours upon hours of technical work in order to look real, and hearkens back to something that is a very old and still popular form of entertainment. There’s a secret about to be shown to the crowd that they want to see, but at the same instant don’t really want to figure out. People want the mystery, they want the knowledge that something happened that they can’t completely figure out but will think about for a long time to come. But as you can imagine it’s had to evolve as time has gone on. Magic, or illusion, whatever anyone wants to call it, is something that requires timing, misdirection, and a great deal of skill on the part of the magician. Believe it or not it doesn’t require any real belief on the part of the viewer. In fact some illusionists and magicians absolutely LOVE critics and cynics since they give the magician a chance to perform at the top of their game, and thereby mystify the crowd, including the cynics.

This does mean the magical acts have had to change a bit and become a little more edgy at times in order to fool the eyes of those that are watching. Sometimes it takes a great deal of planning and possible subterfuge to make the trick work, but at other times it seems to require nothing but a deck of hard and a quick pair of hands. It’s a cheap way to entertain people in truth since quite often the budget for this show is a great deal less than any other show that’s using CGI and expensive special effects to a great degree. There is no CGI in the show, and the special effects are brought to life by the magicians, meaning that from a production standpoint the budget is fairly easy to figure out in comparison. This show has had a lot of room to grow and to develop throughout the years since not only is the budget easy to figure out and justify, the number of people willing to come on the show and display their skill never seems to deplete. Old school magic is still very much alive in the world today but has been overlooked quite often since the technical marvels we have at our fingertips thanks to our handheld devices tend to draw more of our attention on a regular basis.

There have been acts that require a bit more funding at times and to be honest the budget has had to increase a time or two, but throughout the evolution of the show the acts have still remained far more simplistic but are still capable of leaving the audience in stunned awe. There has been a good amount of pressure to allow the show to evolve and become something that’s just as effective as it started out and yet new enough that it’s capable of pulling in new viewers. Given how many magic shows have popped up over the years you can imagine how the show has had to really push the envelope now and again in order to keep its audience. But throughout it all Masters of Illusion has continued to keep their programming fresh and inviting.

So why do we still like magic? That’s simple enough, we like it because it keeps us entertained. It leaves the belief that there is still wonder in the world no matter how much we want to think that there is something behind the trick. We want to know, but we don’t, which leaves the door wide open for shows like this to keep evolving.