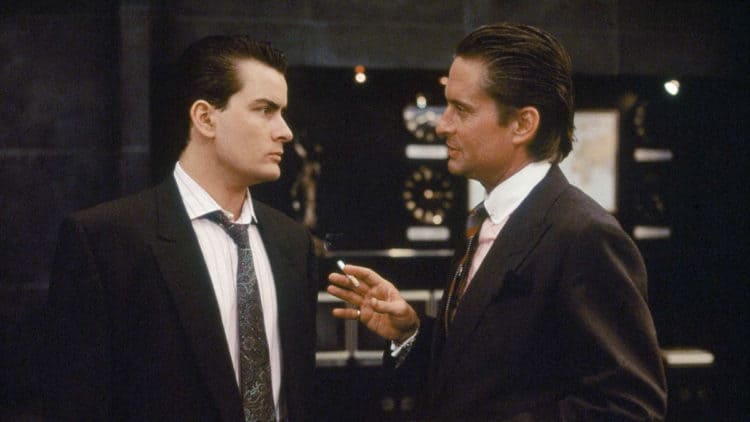 Remember back in the 80s when Wall Street came out and Gordon Gekko was deemed one of the absolute worst human beings alive? He promoted himself as a decent person that could justify just why the things he did and said were important but beyond that he was all about the money and doing whatever it took to keep his position at the top of the heap. A couple of years ago J. Maureen Henderson from Forbes wrote an article speaking of how Wall Street was more relevant than ever now, and after only a couple of years that hasn’t really changed. Instead it almost seems as though we’re sinking into the mire of the movie just a little more as America is now being run by a TV personality that has displayed the ruthlessness of Gekko without the overall business savvy, depending on who you talk to. The Chicago Sun Times has even gone ahead to compare Gekko and Trump to one another, thereby making it clear that the America we’re living in now is more or less a reflection of the movie in the eyes of some people. In some cases folks get quite worked up over this since no one wants a man that personifies Gekko being in charge of their lives. But all the same the country we’re living in now is actually what makes this movie relevant despite that it’s still obviously dated and belongs back in the 80s when slicked-back hair and suspenders were still a thing.

Here are just a few things that might make you realize why Wall Street was ahead of its time back then, and how it remains so relevant at this time

Greed is something that every human being understands on a very visceral level and this continued talk of socialism and how it could save the country is, unfortunately, a very dangerous idea that goes against not just capitalism, and not just against the common greed that might actually be healthy, but against human nature. It’s regrettable to say, but as Brandon Morse from RedState has described, human nature is not about just giving in for the common good every second, it’s about getting what you can to increase your advantages in life and to better yourself, and possibly those around you so as to advance your societal standing. Some might argue that it’s possible to be altruistic and ethical and still get ahead and this is true, but greed is greed, and eventually it takes root even in socialist ideals, which is something that socialists can’t seem to understand at times.

Sometimes money isn’t the only currency that grants power to one person over another. The more you know, the more you know you don’t know as the saying goes, but in some cases the more you know that the next guy doesn’t know, the better off you are when it comes to gauging just how they’re going to react. Information is what a person uses in many different ways, while money is something that tends to only have one use that people can readily identify. With the right kind of information and the right amount you can do just about anything no matter if it’s ethical or not, and in this day and age the trading of information on certain individuals and that which is discovered, fabricated, or assumed tends to be the kind that will allow a person to rise or fall as they will.

Those of us that live below the richest people in the world tend to think we live in a democracy and in theory that’s correct. We do live in a nation that thrives on the idea of democracy and allows us our freedoms and the opportunities we desire to rise as we see fit. But once you get to a certain level or find yourself in that uncertain state where epiphanies can come and be laid bare without any buffers to blur them, you do tend to find out that the state of our democracy seems to have a price tag affixed to it. Some people would vehemently deny this since there is supposedly no price on honor, ethics, or just being a decent person, but they’d be fooling themselves and proving that they’re not only naive, but rather dim and outdated since honestly this country has run much the same way for many years now. There are such things as honor, pride, and dignity, but to many people in this country, both long ago and now, those concepts have rarely been priceless as every person has their breaking point.

The reason why Wall Street is still relevant today is that it lays out a few hard truths for us that many people don’t want to see and will ignore as they go on to enjoy or bash the movie as they see fit.