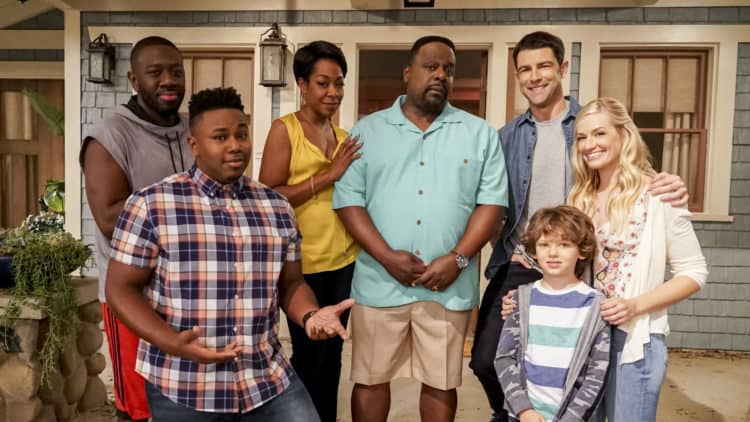 2020 has been a very turbulent year in more ways than one. One of the issues that has caused an uproar across the country is incidents involving police brutality. This year alone, there have been several high profile stories about unarmed Black people being beaten and/or killed by police. Lots of drama shows have incorporated these incidents into their episodes, but no one expected such a tough subject to find its way into a comedy. The CBS sitcom, The Neighborhood, decided to address the topic of police brutality in the opening episode for season three. Although The Neighborhood is a comedic show that generally deals with light hearted topics, production felt that this topic was one that simply couldn’t be ignored. Keep reading to learn how The Neighborhood is addressing police brutality during season three.

What Is The Neighborhood About

If you’re not familiar with the show or have just started tuning in recently, knowing what The Neighborhood is about will give you a better understanding of why the topic of police brutality is relevant. In the series, Dave Johnson (Max Greenfield) relocate to California from the midwest. They end up moving into a predominately Black neighborhood in Pasadena where they struggle to blend in to the community. The Johnsons end up befriending Calvin Butler (Cedric the Entertainer) and his family. The series follows both families and their experiences with each other and the neighborhood.

How The Neighborhood Handles The Issue Of Police Brutality

Since race already played a meaningful role in the show, it only made sense for The Neighborhood to incorporate some of the issues that Black people in the United States are dealing with in real life. The season three debut was definitely a bit of a change of pace. Executive producer Jim Reynolds believes it was necessary. According to TV Insider Reynolds said, “We thought it was important to kick off with a story that addresses issues of police brutality against people of color. You have to treat the situation with respect…but we found ways to keep it funny.”

Cedric the Entertainer also spoke about the episode during an interview with Entertainment Weekly. He said, “With us being a show about a fictional neighborhood in Los Angeles we definitely felt like it was important for us to address one or two of these big issues, either the pandemic or social injustice. And after some examination we kind of felt that social injustice was truer to our story, our characters, and where we can write something that felt extremely important. There would be days on this set while we were rehearsing where we would stop and have long conversations about what it is that we’re actually trying to say in this episode.”

In the episode the Johnsons and Butlers work together to organize a peaceful protest in their neighborhood. The plan takes a turn when Calvin’s son, Malcolm, has a run in with law enforcement. Despite the seriousness of the subject matter, it was handled in a way that is true to the show’s comedic nature.

How Viewers Felt About The Episode

Most people who watch The Neighborhood do so because the show is funny and easy to digest. For that reason, covering a topic like racism and police brutality was a little off putting to many viewers. In the comments section of an article on TV Line, a viewer named  Lisa said, “Very disappointing . I needed to laugh. Won’t be watching that anymore.”

Another viewer named Devona said, “You lost viewers tonight forever by showing this episode controlled by BLM organization! How dare you degrade our police force that protects “ people” Black, white, Asian , Indian , Mexican, all races! This episode was disgusting, and we left at half way seeing it was going in a bad direction and don’t stand for this toxic crap in our home! Shame on you CBS for airing this volatile program!”

There were, however, viewers who did appreciate the episode. Those viewers believed the show handled the topic with care. They also felt the actors did a good job finding balance between awareness and humor. Plus, the episode reflected what real life families like the Butlers and Johnsons deal with.

Will The Neighborhood Cover Any Other Serious Subjects?

At the moment there’s no information that suggests The Neighborhood will incorporate other serious topics in the future. One thing is for sure though, regardless of what subjects end up being included in the show, viewers can always expect a good laugh when watching The Neighborhood.