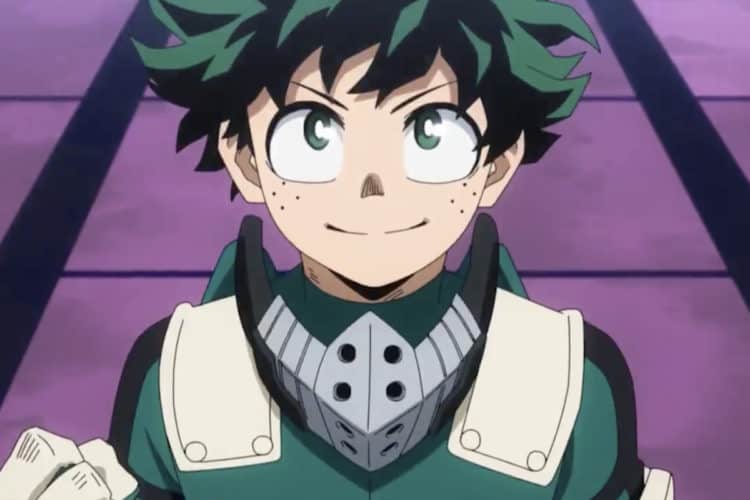 My Hero Academia was once the story of a young man named Izuku Midoria. Born into a world of heroes and villains, Midoriya had only one dream: to become the number one hero and follow in the footsteps of his own hero, All Might, who saves everyone with a smile on his face. The only problem is that he was born into the world without a power – or in the world of My Hero Academia – a quirk. (By the way, this is where things are going to get pretty heavy with spoilers, so I would advise you to catch up with either the anime or manga of My Hero Academia before continuing to read.) The entire premise behind the series was that it was about a boy who learns what it means to be a hero without having any powers of his own, but that changed when he met his hero, All Might, and he transferred his power to Midoriya. At first, this was his only ability and he had to learn to make it his own, but over the course of the series, this has changed dramatically.

If you haven’t been keeping up with the My Hero Academia manga, you’ll still be in the dark about most of what I’m about to say, so count yourself lucky. In recent chapters of My Hero Academia, Midoriya has now obtained several different quirks including Float, Blackwhip, Smokescreen, and Danger Sense, as well as One for All. While it is cool to see Midoriya have multiple quirks, it does kind of change the entire direction of the story. I’m sure that we’ll see even better fights with Midoriya being able to use multiple quirks at the same time, allowing him to switch up his fighting style and make his newly found powers his own, but I miss when Midoriya only had the initial One for All power – when he was the underdog. Now, he can just take on one of the most powerful villains that the series has seen, and completely blow right through him in the blink of an eye. Sure, it means that Midoriya has become more powerful over the years and has learned to use his power and grow stronger, but with all of these new abilities at his disposal, it doesn’t really seem like it’s made him stronger, it’s just made the fighting easier.

My Hero Academia initially followed the entire UA High School Class 1-A in their training to become pro heroes and fight alongside their teachers and other heroes in the world. We had a lot of development for Bakugo, Kirishima, and especially Todoroki, but even at the height of the spotlight on Class-1A, we didn’t get to see much from many other students. A few chapters ago, My Hero Academia saw Midoriya leave UA Class 1-A entirely, which seemed fitting as he was generally the only majorly relevant student for a good bit of the series. Now that Midoriya has left, we’re left to wonder if we’ll see much, if any at all, of a focus on the rest of Class 1-A. Since it seems that the final arc of My Hero Academia is upon us, my hope is that My Hero Academia Vigilantes catches up to the present and we’ll be able to get some more development on the rest of Class 1-A like Kaminara, Shoji, Hagakure, and Tokoyami.

I’m still pretty disappointed with how the League of Villains has turned out so far. Since the best member, Twice, is now dead, the League of Villains now consists of Toga, Spinner, Mr. Compress, Dabi, Muscular, Moonfish, Shigaraki, and All For One. Shigaraki hasn’t really changed at all and has now just become a vessel to house the return of All For One, so it seems like we’re going back to All For One being the big bad of the series. The last fight between the heroes (especially Midoriya and Bakugo) and Shigaraki probably should have been the last arc of the series, because now it seems like the power scaling is going to need to be dialed down, due to the sheer destruction that Shigaraki caused. It doesn’t really feel like anything else could remotely be a threat, now that we’ve basically seen as close to the end of the world as we can in My Hero Academia.

Overall, I still love the show, but it does kind of worry me to see where it might be going. I’m still holding out hope that it gets the ending that it deserves, but I really don’t want Midoriya to turn into “just another hero.”