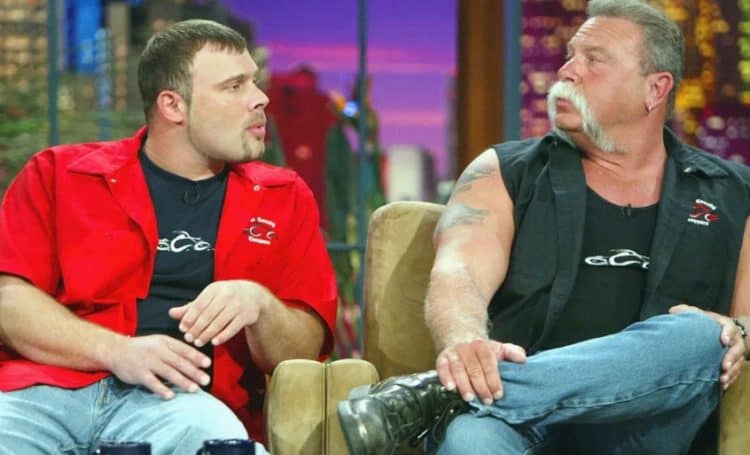 One thing that is inevitable when it comes to reality television, and working with family as well in various circumstances, is the potential for bickering, fighting, and all out brawls wth family members and contradicting opinions. This was such the case for the series ‘American Chopper’, which aired on the Discovery Channel, and followed the Teutul family business of fixing up and designing chopper styles bikes. Paul Teutul Sr. and Jr. got into their fair share of fights in the series and creating ups and downs between them, which ended up tarnishing their relationship for quite some time. This includes when the series ended in the late 2000’s. Since that time, the family has worked on repairing the bad relationships and working together to make things work, and in this article, we are going to reveal how the Teutuls are attempting to make it work after all these years, and what it might mean for the series as well. With all of that said, let’s get started.

1. The Brawl That Started It All

As we mentioned before, the series showed it’s fair share of the fights that the Teutuls Sr. and Jr. both got into while working on the show. Their banter went on for five years from the time the show began in 2003; However, it took just one final all out battle in 2008 that jeopardized the relationship and the future of the show as well. The fight between the two completely destroyed their relationship for a good while, resulting in the firing of Paul Jr. by his father from his company, Orange County Choppers, and even led to a lawsuit in which Paul Jr had to sign a one year non compete order between their separate bike companies. The brawl itself led to the pair not speaking to each other for about ten years, even when they came together for their spinoff series ‘Sr vs Jr’. We think it is safe to say that both parties were at fault in their final brawl, but it is hard to see a family get torn apart over business ventures and decision making nonetheless.

2. The Glue That Brought Family Back Together

As we said before, the father and son duo didn’t speak to each other and kept their distance for about ten years after their all out battle. In fact, it wasn’t until just last year that they started making amends and attempted to repair their relationship. The two were approached about doing a possible reboot of ‘American Chopper’ in 2018 by their network, and while they were hesitant at first hearing the proposition, they eased their way into it and have started to work on regaining trust with each other once again. The two have ultimately learned that it is best that they don’t work together off screen, keeping their physical companies and businesses separated from each other (Paul Jr now runs ‘Paul Jr Designs, while Paul Sr still owns and operates ‘Orange County Choppers). However, the father and son pair will still make appearances together on joint projects for the small screen when need be. They have realized in the long run that working together so frequently and butting heads in business decisions is what pulled them apart in the first place, and they aren’t willing to let that type of issue get in the way of their relationship again.

While it is good to see the family rekindling the torn relationship and becoming a whole family once again, it provides an important lesson for those that have to work with family in different businesses as well. It can be hard to work with family, and sometimes you just have to learn how to adjust and make changes to keep the business aspects separate from the personal aspects. We are glad to see the Teutuls reuniting once again, and hope that they will continue to make joint film projects together for the televisions series as well. It may not mean a show like we saw in the very beginning, but in either case, it would be great to see. You can read more about the Teutul family, and what they have been doing the past few years while away from the small screen, online.