Home
Video Games
How to Use Berries in Pokemon Go 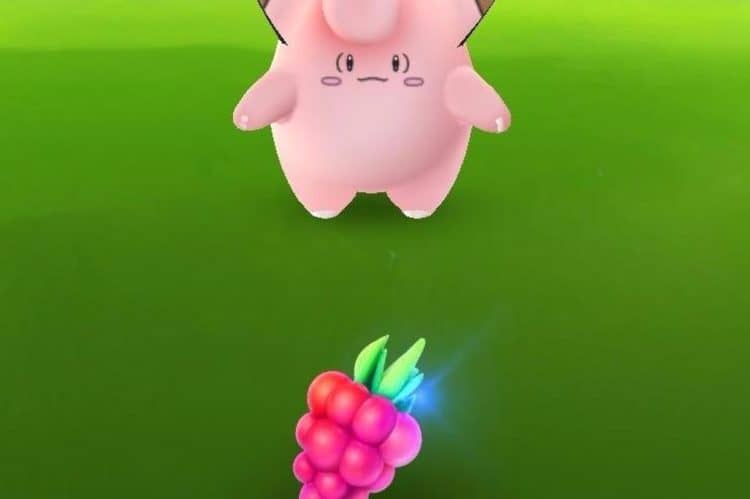 Man, there’s a lot of Berries in Pokemon Go now. I’ve been getting back into Pokemon Go much more in recent weeks, after taking quite a significant hiatus from the game. Since I have returned to the game, I’ve noticed that there are a lot of new things. New Pokemon, new objectives, and especially new items. There were still quite a few items that were in the game beforehand, however, the game has expanded even more now and there are so many new items that serve various purposes. From berries, new lure modules, and so much more, but I’m here to tell you specifically about how to use berries in Pokemon Go! We’ve got quite a few items to go over, so strap yourselves in and get ready to learn what each berry does in Pokemon Go! We’ll also take a look at some berries that have not yet appeared in-game, but have been found in the game’s files.

First up, we’ve got Razz Berries. You can feed this to a Pokemon to make it easier to catch. This helps with catching tougher Pokemon with a higher CP that may otherwise be a bit difficult to catch. The Razz Berry increases your chance to capture a Pokemon by 1.5x.

You can feed a Nanab Berry to a Pokemon to calm it down, making it less erratic. This is particularly helpful with Pokemon that are pretty jumpy such as Magnemite, Abra, Zubat, and plenty more.

Pinab Berries are used in order to receive more Candy when catching Pokemon. This is super useful if you’re trying to candy farm a specific Pokemon to power it up or evolve it. The Pinap Berry is especially useful on Pokemon that are further in their evolution line, since they drop more candy than their first stage.

You can use a Golden Razz Berry to make a Pokemon much easier to catch. These will increase the chances of catching said Pokemon by 2.5x, and can also be used on a Pokemon assigned to a Gym in order to fully restore its motivation.

Now that we’ve gone over every berry that is currently available in Pokemon Go, let’s talk about some berries that have not, as of yet, made their debut in the game:

The Bluk Berry is one of two berries that are currently unavailable in the game, but players have found information about them in the game data. Bluk Berries may solve an issue that has been plaguing the game since its release: Pokemon jumping while a Poke Ball is being thrown at them. This is just the absolute worst to encounter, and is incredibly frustrating every single time it happens. However, there is a rare occasion that this actually helps a player out when the Pokemon actually jumps into the Poke Ball, allowing a “Nice” throw to become “Great” or “Excellent,” but that’s extremely rare. From what we know about Bluk Berries so far, it looks like these may prevent wild Pokemon from jumping while there’s a Poke Ball being thrown at them. If this is the case, I can’t wait to hoard hundreds of these berries to ensure that no Pokemon ever jumps while I’m throwing a Poke Ball at it ever again.

The Wepear Berry is the second of the two berries that aren’t actually available in the game yet, but we do know a bit of information from the game files of Pokemon Go. A Wepear Berry could supposedly enlarge the hit circle while capturing a Pokemon with a Poke Ball. This means that it should make it easier to perform a “Great” or “Excellent” throw, because the circle would be larger after using a Wepear Berry.

You can obtain Berries through many sources including Poke Stops, Raid Battles, Research Tasks, the GO Battle League, and opening gifts from friends. You can also find Berries within certain bundles in the Pokemon Go in-game store.

After reading this, you should now be a master at using Berries in Pokemon Go, so I expect to see plenty of you using these items as efficiently as possible to catch ’em all! Hopefully we’ll see those new Bluk and Wepear Berries appearing in the game sometime soon, as I’m getting really tired of Pokemon jumping as soon as I throw my Poke Ball at them.