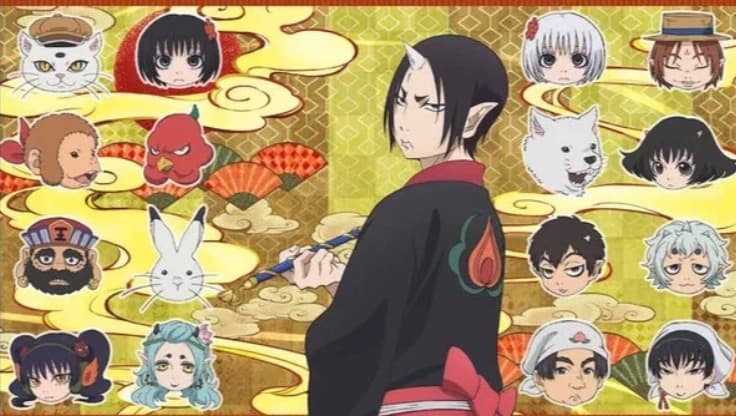 Anime has been popular across the Pacific and throughout the US for a long time now. In fact some of us might remember when it really started getting big and others might have been born into this craze. But Hozuki’s Coolheadedness, which is of course a part of the whole anime world and has its own distinctive story. But if you’ve watched it and liked it then, well, you might be into some weird stuff or you might just enjoy anime for what it is. Quite honestly by western standards, some of us at least, anime is simply nuts and has a lot of moments when you might find your eyes bugging out and your jaw dropping just thinking about what it is that you’re seeing. There’s plenty of story if you can follow it for long enough to really get into the whole show, but it might actually be a good idea to read the manga first.

There are a few different ways in which the story has been represented and each one has been fully embraced by the fans since, well, anime is one of those things that seems to take hold of people and doesn’t let go since a lot of anime fans seem to go glassy-eyed when talking about this type of story.

9. As you may or may not be able to tell the story focuses on Hozuki, the central character.

The demonic ogre, or ogre demon, Oni in other words, is a character that seems to be perpetually grumpy and is in charge of figuring out just where a soul goes when it comes to hell. That might be seen as something of a hard and even depressing job for anyone to have but it does give Hozuki a kind of big position to fill that would make him seem just a bit more interesting.

8. The series focuses a bit on the different hells that the Chinese have believed in.

Apparently in Chinese mythology there are a lot of hells that don’t really have much to do with one another aside from the fact that,well, they’re a version of hell that the souls have to writhe in for an extremely long period of time.

In terms of manga it’s not entirely new but it’s not one of the older series since manga has been shipped over to America for quite some time now. In fact if you’ve ever stepped into Barnes and Noble over the past couple of decades you might have seen how the manga books went from having a single shelf to an entire bookcase all to itself.

If you’re not really an anime fan then you might not really understand this but honestly and truly it is an accomplishment that in the world of manga is something that seems like it might be kind of tough to achieve.

5. So far it’s received a very positive amount of feedback.

This is mostly from the fans who are the most discerning since they know what they like and what they want to pay for. The idea of paying the kind of money the manga costs and have a horrid story to follow is kind of an insult to many fans. But so far this series has been something that a lot of people have found pleasing or have fully enjoyed.

4. Despite some negative comments most critics have praised the anime for its style.

Even the harshest critic has found a way to praise this manga since it does have a quirky nature that isn’t liked by some but is still something that’s kind of unique in its own right and deserves a bit of notice as well as respect.

3. Overall the story is kind of macabre and a little depressing.

It’s a story about going to hell and the beings that decide where the doomed and damned souls go, it doesn’t seem like it’s bound to be entirely positive no matter how it gets spun or created to be otherwise. The fact that it’s entertaining and uplifting at all is kind of interesting as well as odd.

2. This doesn’t seem like the kind of anime you’d want young kids to be watching.

It’s likely that this is a subjective decision really since some people might not have an issue with the subject material and think that it’s just a cartoon and won’t cause any harm. It’s a parent’s decision of course so either way, to each their own.

1. The intro during the trailer is surprisingly upbeat.

Really, take a look at the introduction to the anime and you might kind of smile since it seems kind of, well, quirky.

It’s definitely a one of a kind show.