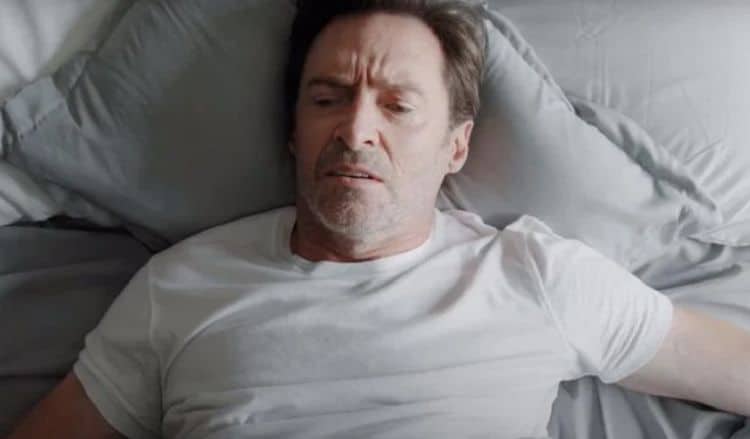 There are plenty of feuds in Hollywood and some of them are a bit nasty but others are kind of fun to watch since Ryan Reynolds and Hugh Jackman have had an ongoing feud for a while now that’s allowed them to trade some fairly hilarious jabs all while enjoying the overall spirit of the exchange between them. In this ad for Laughing Man Coffee, a brand that was launched by Jackman back in 2011, Reynolds goes on to use his calmest narration to describe what a good person Jackman is even as the latter is hurling vitriol at everyone, including his alarm clock. But the moment he has his first cup of Laughing Man Coffee he perks up and becomes the nice guy that everyone knows him as, making it clear that he’s yet another person that it’s wise not to engage before he’s had his morning bean juice. A lot of us probably know the type, we might even live with them. There are those people that don’t want to think, talk, or even grunt in a pleasant manner until the first taste of coffee hits their tongue and the caffeinated goodness starts to work its morning magic on them. Until then it’s about as safe as wandering into a bear’s den without being invited.

An honest glimpse into a day in my life. #mood #coffee #dali #LaughingManCoffee pic.twitter.com/FQ6nMx2tLJ

There is a question as to how many celebrities actually partake of the products they push since there are a lot of people in Hollywood that have a lot of different brands that they either helped to create, created on their own, or have something to do with. Wondering how many of them actually use the products they peddle is interesting since it’s likely that a lot of them do simply because of a contractual agreement, but some might actually use the products because they happen to enjoy them. There are plenty of people that would say, brace yourself for this, that coffee is coffee. I know, I know, to some people, especially coffee aficionados, this is a big no-no since it’s like comparing wool clothing to fine silk for some people that happen to be discerning when it comes to their morning pick me up, but when it comes to coffee there are literally so many brands out on the market that trying to discern the taste between one or the other is an effort in futility for some folks since it can cause an overload to the taste buds. It doesn’t matter how you describe it, coffee is one of those substances that might have different nuances and hints of this or that between one brand and another, but in the end, it’s something that a person will still grind, strain, and drink to feel that morning buzz and get them moving for the day.

As for the relationship between Reynolds and Jackman, it’s kind of a shame we didn’t get to seem on screen with each other again since it might have been a lot different had Wolverine and Deadpool been allowed to share the big screen one time in a capacity that wasn’t so far out of left field that it managed to alienate a good deal of the fanbase. While it’s never likely to happen since Jackman is done playing Wolverine, the hope is that we’ll get to see Deadpool 3 come along eventually, though it’s going to be likely that people will be keeping their fingers crossed until this happens since Disney happens to own Deadpool at this point and there’s no real way to tell what the Mouse House will do with the property when it comes down to it. But as far as Jackman and Reynolds go, the feud feels like it could last for a while since it’s one of the funnier relationships in the Hollywood circuit, especially given that in the comic world, Wolverine can’t stand Deadpool in the first place but has worked with him in the past. That’s a part of what makes this so special and so hilarious, to be honest since one can easily imagine Reynolds staying in character every time he speaks to Jackman and this act bugging the hell out of Hugh on basic principle. In fact, it was kind of funny when the X-Men cast managed to get together for an online reunion and Reynolds decided to crash it since everyone started trying to find an excuse to log off, leaving only Reynolds and Jackman after a while, which went about as well as one could expect. The hilarity of the act between the two of them is great since it keeps fans guessing as to whether it’s real or not and it keeps the entertainment level rather high since it’s just fun to think about. One would have to guess that as nice of a guy as he would appear, Reynolds might also be the kind of person that you would want to shut up every now and then, but in the nicest way.