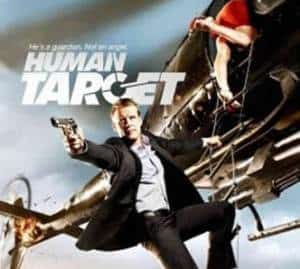 Good news, everyone! Human Target has been granted a reprieve from its Friday night timeslot – at the cost of its much-hyped premiere date.

HitFix.com is reporting that the show will return to its old timeslot of Wednesdays at 8 PM, but that said move will also push the show’s premiere back to mid-November. Said change is a direct result of the cancellation of Lone Star; with Lie To Me moving from HT‘s old timeslot to fill the Monday void from that series, Human Target found itself a new home, or rather an old one.

The news no doubt comes as a relief to fans, who had been taking a long look at FOX’s (and any other’s network’s) history on Friday nights and nervously hoping that the sophomore actioner wouldn’t be the next victim of the Friday night “death slot.” In its first season, while not highly rated overall, Human Target was performing well in the Wednesday timeslot, especially in the coveted 18-to-49 demographic. Said move also ensures viewers who haven’t heard of the change will be able to find the show in the same place, which is always a good thing (ask Peter Krause of Sports Night, who once joked that he had no idea when his own show was on thanks to repeated preemptions and timeslot changes).

Unfortunately, that means the show’s second-season premiere has been pushed back yet again (you’ll recall that it was supposed to be last week, then this week) to mid-November, meaning all those awesome promos and all of our getting excited (okay, my getting excited) was for naught. No specific airdate has been set for the show’s return, but needless to say, if I hadn’t already been able to do an advance review of the second-season premiere, the fan in me would be throwing a few things. Myself and the rest of the Human Target Fan Club will just have to learn patience, I suppose.

What do you think? Glad the show’s returned to its rightful timeslot? Annoyed you’ll have to wait another month to see it? Both? Sound off below.