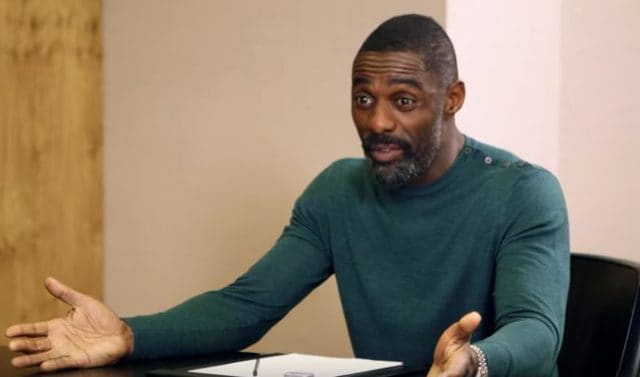 First of all, I highly doubt that Idris Elba needs dating advice from anyone.Â  All he has to do is sit there and look at things and anyone on a date with him would be mesmerized.Â Â  However, Elba has in fact been divorced not once, but twice.Â  The film and TV star at least has a sense of humor about it. As part of a charity event sponsored by Omaze (an online fundraising company), Idris Elba announced an opening for people who’d like to be his date on Valentine’s Day about a month ago. Unsurprisingly, the news went viral pretty quickly.Â  According to The Star:

Now, with February 14th right around the corner, the “Luther” actor asked for some dating advice from an unexpected source: kids.Â Â  In the video Elba chats with some witty and winsome British kids to find out how he should prepare for his charity candlelit date-night. “You take the girl somewhere nice. You pay for everything.Â  And you agree with everything she says,” one of the youngsters suggested. When Elba responded by asking what would happen if that’s not what he would prefer to do, a boy replied: “It doesn’t matter about you. It matters about the girl.”

The video is absolutely hilarious.Â  Perhaps the funniest part is when Elba asks a little girl how many boyfriends she had.Â  Her answer?Â  Quite a bit.Â  Find out in the video below: