Home
TV News
If Recycling Was Honest: A Brand-New “Honest” Ad by Cracked 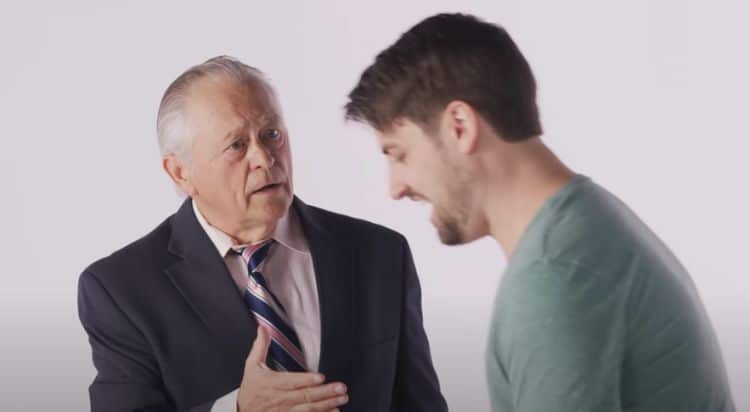 This actually causes quite the argument among many many people since to be fair, a lot of folks don’t want to hear the truth, they want to think that everyone is bound to think like they do and will take care of the environment in every conceivable way. The problem, unfortunately, is that the cost that would come with safely disposing of or finding a way to truly reuse plastics is up for heavy debate since some folks have found ways to make it work, while others are bound to simply fill landfills and other areas with the materials that people believe are being scrubbed, recycled, and repurposed. To be fair, some folks are really trying to make it work, but the truth that keeps spreading is that apparently the level of work, time, and money that’s required to make this a successful solution is simply too much for big companies to invest in, which makes sense, unfortunately, considering that big companies are out to make money, not lose it. This is a pretty cynical way to look at things, but it’s closer to the truth than people might like.

There are a lot of ways to reuse and recycle plastics, but many upon many people don’t appear to feel the need to make the effort since they either don’t know, aren’t interested in finding out, or just don’t care either way. Getting people to care about the world around them is something that many people would love to see happen since too many people polluting by tossing their plastic into the bins they think are solving the problem can escalate things very quickly. The average person probably won’t care too much if they can help out by doing a minimal amount of work, but if they’re required to do anything other than that, a lot of people will simply stop caring.

What we’re told and what we want to believe are often very different since the people telling us this, including Cracked, usually have their own agenda and while telling a person to think for themselves might be trying to manipulate them into thinking the way they want them to. One big problem in this world, especially when it comes to big corporations and the people they attempt to speak to, is that there isn’t a lot of trust and there hasn’t been in a long time. Corporations tend to spend a great deal of money on their PR department when it comes to keeping the public informed of their practices, or at least the practices they want people to believe are being followed. On the other hand, those that want to expose corporations are often funding entirely different PR campaigns to discredit and denounce said corporations in order to get people to realize that they’re doing more harm than good and are effectively feeding them lies about their ‘sound business practices. Sadly, this tends to put the head of the average consumer into a spin when they try to discern who’s telling them the truth and who’s pulling the wool over their eyes. The big corporations of this country are often made to look like the bad guys for the waste they produce, and in effect will hand much of the blame to the consumer for purchasing their products.

It’s a mess, all of it, and while there are likely viable ways to reduce and reuse the plastics mentioned in this video, the money that’s needed at times can be insane, and the practice can be even more harmful to the environment than the process of making the various plastic items. That’s if one believes everything they’re hearing of course, since the idea that nothing can be done about this indicates a serious lack of imagination on the part of many people that would rather waste the money on PR campaigns and other frivolous activities. Think of it this way, instead of ignoring the pile-up of plastics and adding to it, perhaps some way could be found to break the plastics down or reuse them in some manner that might be beneficial and might last for a while. But again, that would cost money, and corporations tend to be in the habit of making money, not losing it.

It could also be said that those seeking to ‘expose’ the corporations could use that time to do something positive as well and come up with a way to cut down on the waste. Some individuals are attempting this, there’s no doubt of that, but a lot of times it feels as though they’re spinning their wheels and not really getting anywhere. It’s a problem that needs to be dealt with, that’s for certain. But knowing who to trust and who to listen to is the headache that most people don’t want to face.