Home
Entertainment
Illustrations for an Unpublished Version of The Hobbit 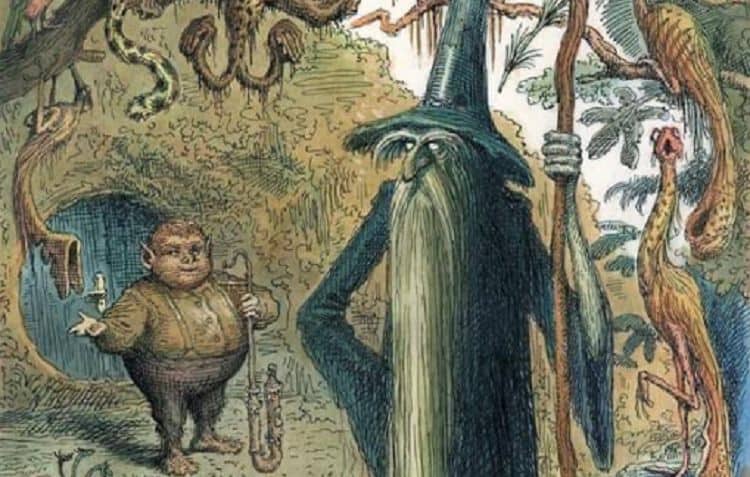 The artwork for The Hobbit and The Lord of the Rings has been spectacular throughout the years, especially once it was taken on as a movie and turned into something that people will likely remember for generations to come. But these pictures that come from an unpublished version of The Hobbit are both nightmare fuel and enough to inspire a whole new batch of stories if the right person happened to see them since they deliver a take on the story that a lot of people might not have thought about in the first place. Tolkien certainly had a flair for prose and the dramatic quite often, but these pictures come across as something that might have been inspired by a mind that was currently under the grip of one intoxicant or another, or simply thought in ways that many people find nearly impossible since the visuals and the imagery are amazing and make a person wonder just what goes on in a writer’s head from time to time, let alone the artist’s. Obviously that’s kind of a private thing between each person but at the same time, getting to see what’s going on in a person’s head as it’s brought to life on the page is kind of interesting since it gives others a vision of what said individuals are thinking about from time to time.

Here are several images from the unpublished version of The Hobbit that might frighten or inspire you. 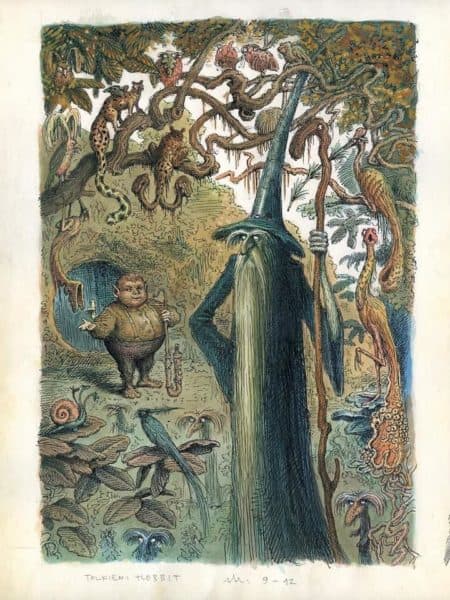 The Hobbit almost looks like an adventure would be out of the question in this case since his roly-poly body doesn’t look suited to doing much more than ambling around his home, while Gandalf is the image of death almost with his long and gaunt form that makes him look like a white walker from Game of Thrones crossed with the grim reaper. For al that though the wildlife surrounding them and the scenery makes it appear that Bilbo might live in a sort of jungle paradise instead of a farming community such as the Shire. Plus, the dim coloring really sets a mood that isn’t entirely dour but isn’t all that chipper either. 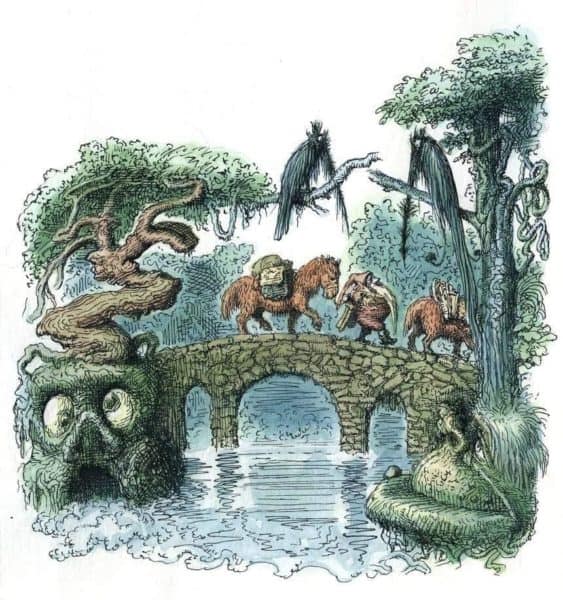 The two bird-like creatures resting on their branches are rather foreboding when it comes to the idea that they’re watching over the dwarves as they make their way along, and the faces at the bottom of the picture are a bit creepy as well. The gnarled and twisted-looking trees that Tolkien’s story appeared to use are equally terrifying since they give the impression of constant danger or at the very least some type of menace that could be set in their path. 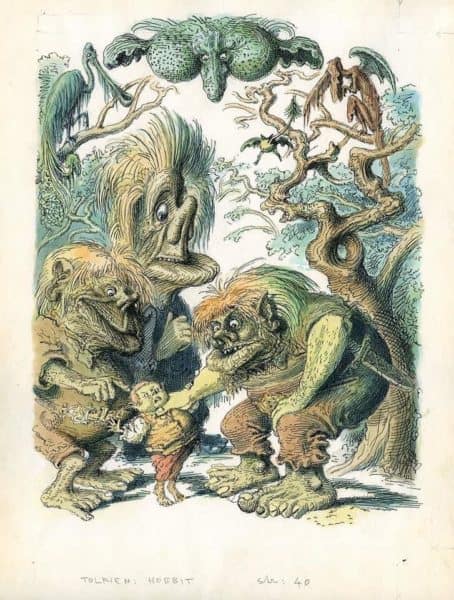 The trolls in the story are meant to be menacing of course since they’re not nice individuals and they were about to eat Bilbo and the dwarves. But one has to wonder just how hard it was for Tolkien to come up with a way to make Bilbo so incredibly smart that he could get himself and the dwarves out of this kind of a jam. Obviously small and weak doesn’t mean stupid, and big and strong doesn’t mean much when a being isn’t intelligent, but it still feels as though this would require a bit of mental acrobatics to really make the scene work. 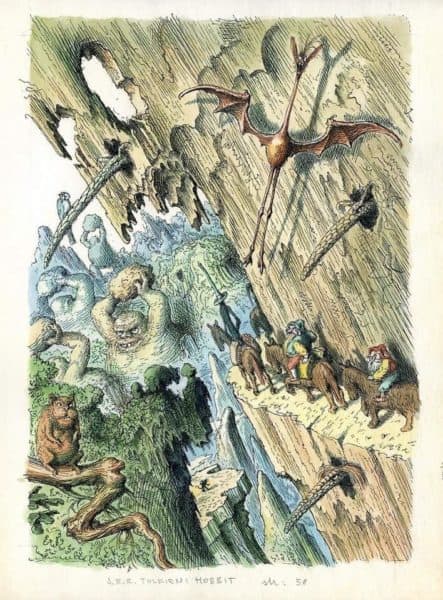 Is anyone else getting the jungle scene feeling out of this? The types of creatures that live in rock and stone are plentiful, but the whole idea of the treacherous nature of this trek across the mountains is kind of muddled by this type of image since in the movies this scene is still kind of hard to take given that it’s dark and gloomy, but the intensity is increased in a big way as the mountains are actually the giants hurling boulders at each other, and the dwarves and Bilbo have to try to find a way to survive the trip across the mountainous region. 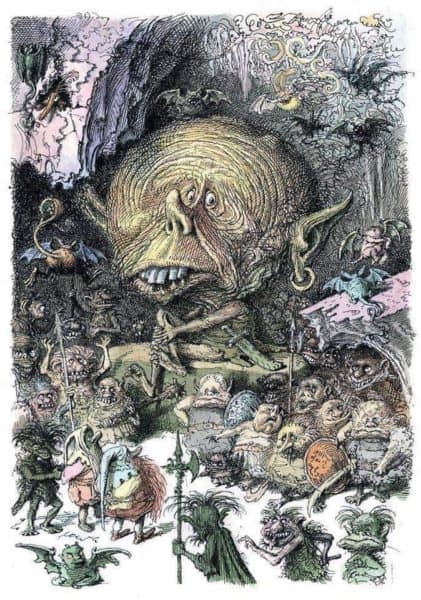 The Great Goblin was actually kind of a less important figure if only because he was about as ineffectual as he could be considering that he was the king of his people and yet he couldn’t fight for anything. That might have been different in the story if Tolkien had wanted, but the fact is that in fantasy, goblins usually need to use the mob tactics that are more effective in their case since otherwise, they’re not great fighters. 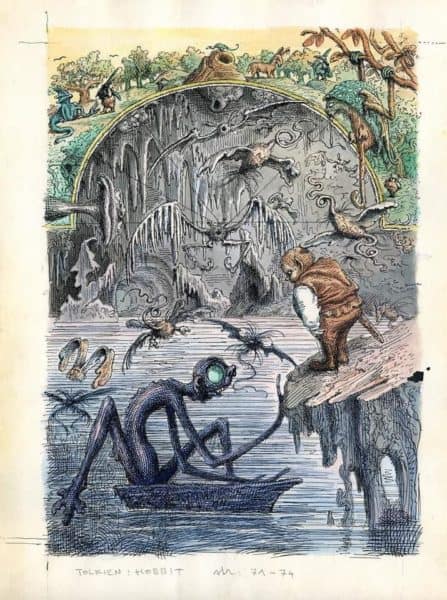 It’s hard to think that Andy Serkis’ role could be upstaged by anything since he played a perfect Gollum, but this image is just haunting since it depicts the tortured creature in a way that makes it possible to think that he was never similar to a hobbit in any way. 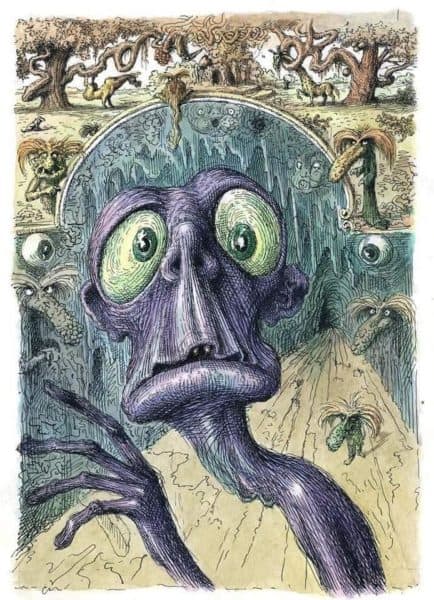 Where the last image made it clear that Gollum is a creep character, this one makes it just as clear that he was a lost and ultimately doomed soul that had been duped and was little more than a frail and uncertain individual that no longer had much of a place in the world, but did have a place in the story. 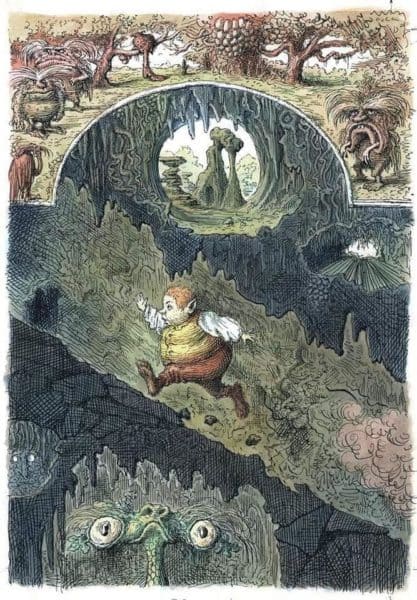 Bilbo’s journey back to the light out of the mountain was something less of a concern for a lot of readers since it does feel as though it was expected that he would simply catch up with the rest of the party and make his way forward. 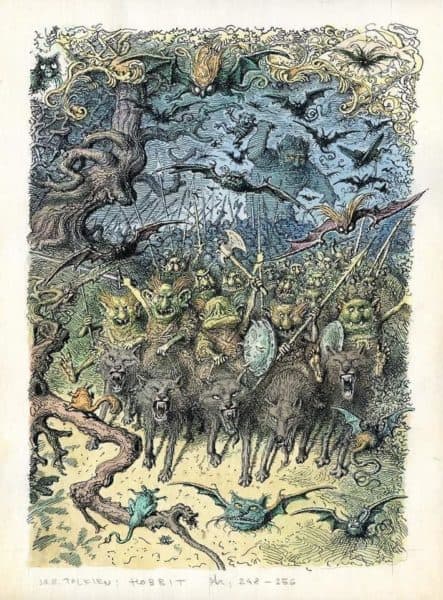 This is the strength of the goblin army, the mobbing tactics that they used, and the manner in which they hunted down their prey. Even with weapons and armor, an average goblin isn’t that great of a fighter, but with a warg mount and plenty of other companions around, they’re plenty dangerous. 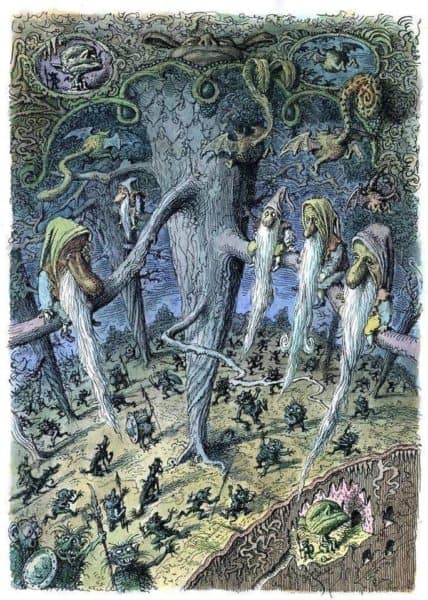 This is a pretty good depiction really since it makes good use of the dwarves’ plight and the fact that they had nothing else to do but escape since otherwise they would have been overrun. These images are interesting, to say the least, but it’s also understandable why some of them weren’t used.

It’s amazing what you find just lying around sometimes.