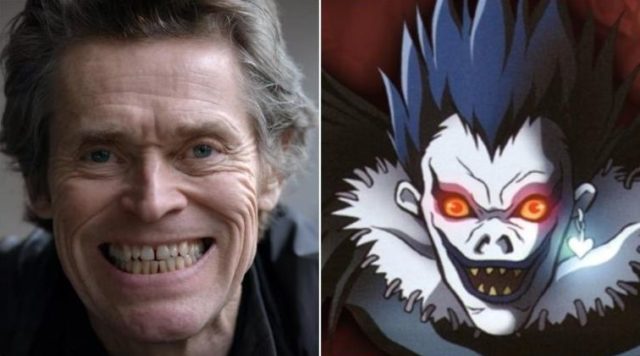 Here’s something I’m having a very hard time believing.Â  The last comic book movie Willem Dafoe was in was Spider-Man 3 as the Green Goblin?Â  How is this possible?Â Â Â  Unless you fully count John Wick as a comic book movie (which I don’t) I find it nearly impossible that he’s had a ten year hiatus from comic book films.Â  Why do I bring this up?Â  Look at this guy!Â  Do you realize how much money the studios could save on makeup?Â  I kid I kid.Â  Seriously though, Dafoe has such an incredibly sinister look that you’d think he’d be a villain or at least bad guy in more Marvel and DC flicks.

Ever since I saw his Snickers Super Bowl commercial I can’t get that disturbing image of him as Marilyn Monroe out of my head.Â Â  It looks like the executives have listened to my prayers though.Â  Dafoe will be in the upcoming films Aquaman and Justice League playing the same character Nuidis Vulko who surprisingly is a good guy.Â Â  I have to admit this bothers me a little but again, I’m glad that Dafoe is back in the comic book movie game.

By the way here’s that Snickers ad.Â  Good luck not having nightmares.