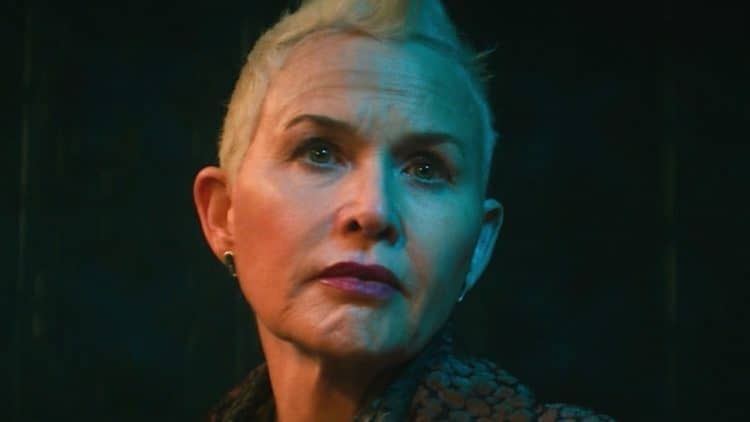 Imelda Corcoran may not have the biggest name in the industry, but many people would argue that she deserves to. She has been in the industry for almost 30 years and she has done a lot of great things during that time. Most people will know her best from her role in the TV series BeckBerner. But, after 2014, Imedla took a hiatus from the acting world and many people thought she had given it up for good. In 2021, however, she surprised her fans when news broke that she would have a role in the upcoming Marvel miniseries The Falcon and the Winter Soldier. Continue reading to learn 10 things you didn’t know about Imelda Corcoran.

Although we don’t know much about Imelda’s life outside of her career, we do know that she is originally from Australia and that is where she started her acting career. It’s unclear exactly where in Australia she’s from, but it does appear that she currently lives in the United States.

2. She Is Not Into Social Media

If you’re a fan of Imelda’s work and you want to keep up with her on social media, you’re out of luck. We weren’t able to find any social media profiles associated with Imelda other than a private Facebook page. In fact, it doesn’t appear that she’s ever been active on social media so it’s safe to say she probably won’t ever be.

3. She Is A Member Of The LGBT Community

Although we don’t have any information on how Imelda defines her sexuality, we know that she is married to a woman. Her wife,
Victoria Alonso, was born in Argentina and is a well-known film producer. It’s unclear how long the couple has been married. They have one child together.

4. She Is Very Private

As you may have been able to guess by now, Imelda is a very private person. She has never been the type of actress who likes to share much about her personal life and she doesn’t appear to have any interest in being in the spotlight – even when the attention is work-related. Imelda also doesn’t seem to do any interviews.

5. She Is Also A Designer

Apparently acting isn’t the only creative talent that Imelda has. Several sources, including Heavy, have referred to Imelda as a designer although they didn’t specify exactly what kind of design work she does. We weren’t able to find any further information on her work as a designer.

6. She Hasn’t Publically Explained Her Hiatus

As mentioned earlier, Imelda stepped away from acting for about seven years. Although there are probably a lot of people out there who are wondering why Imelda has yet to address this. Realistically, however, her break from acting was probably the result of wanting to spend more time at home with her family. Now that her daughter is a little older, she probably feels more comfortable being away from home.

7. She Has Less Than Two Dozen On-Screen Credits

One look at Imelda’s resume will show you that she has a good amount of acting experience, but some people may be surprised to see that she doesn’t have many on-screen credits. At the moment, she has just 23 acting credits, but there’s no doubt she would’ve had more had she not taken a break.

8. Her Wife Is Also Part Of The MCU

Remember when I said that Imelda’s wife is a well-known film producer? What I didn’t mention is that she’s also a Marvel executive and she has worked on several of the brand’s most famous projects including Black Panther, WandaVision, Thor, and Guardians of the Galaxy. Victoria is also an executive producer for The Falcon and the Winter Soldier which means that she and Imelda got the chance to work together.

9. She Is A Formally Trained Actress

We don’t know exactly when Imelda fell in love with acting, but we do know that she put a lot of hard work into honing her acting skills. She attended the Western Australian Academy of Performing Arts (WAAPA). The school has a long list of noteworthy alumni including Dacre Montgomery and Dominic Purcell. We weren’t able to confirm what year she graduated from the school.

10. The Falcon and the Winter Soldier Isn’t Her First Experience With The MCU

Imelda is certainly no stranger to the Marvel Comic Universe. In 2014, she appeared in two episodes of Agents of S.H.I.E.L.D. as a character named Dr. Goodman. There are lots of actors out there who would love to get the chance to work with the MCU and most would agree that Imelda is living the dream.