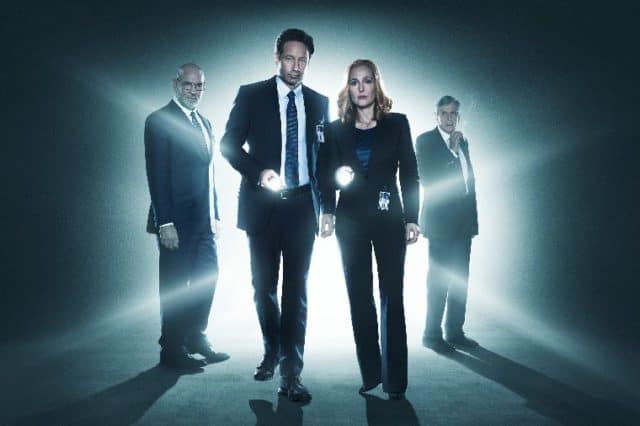 The X-FilesÂ series creator Chris Carter will put season 11 into production this summer, according toÂ Rolling Stone. Â Mr Carter takes responsibility to write the show out of last season’s cliffhanger ending. James Wong and Glen Morgan will each return to the The X-Files to write and direct, reported at Den of Geek. Â  MrÂ Wong said, “I have one [episode] I am excited to do. I Â talked it over with Chris [Carter] and everybody is on board and we’re going ahead with that.”

At the Upfronts a few weeks ago, Fox announced series 11 of The X-Files would bow at midseason 2017/18 with ten episodes. Â Fox have also confirmed that series creator Chris Carter and primary stars Gillian Anderson and David Duchovny would return. Â In April,Â Ms Anderson and Mr Duchovny tweeted their excitement for more episodes of The X-Files. Â Season 11 will be a mix of mythology and stand alone episodes. Â Some of Mr Carter’s episodes will tie tightest to the mythology. Â At least one Mr Wong’s episodes will deal with the mythology as well.

Since the last six episode limited-series revival of The X-FilesÂ aired in early 2016, the producers and stars have been busy. Â Mr. Duchovny has starred in a second season and final of NBC’s Aquarius. Â He is also appearing in one episode of David Lynch’s Twin Peaks revival. Â Ms Anderson starred in a third season of The Fall in the UK; she is also appearing American Gods as the goddess Media. Â Glen Morgan is currently adapting genre podcast Lore for television with Amazon Studios. Â James Wong has been busy with American Horror Story. Â Vince Gilligan has packed his schedule withÂ Better Call Saul and hasn’t been a part of either X-Files revival series.