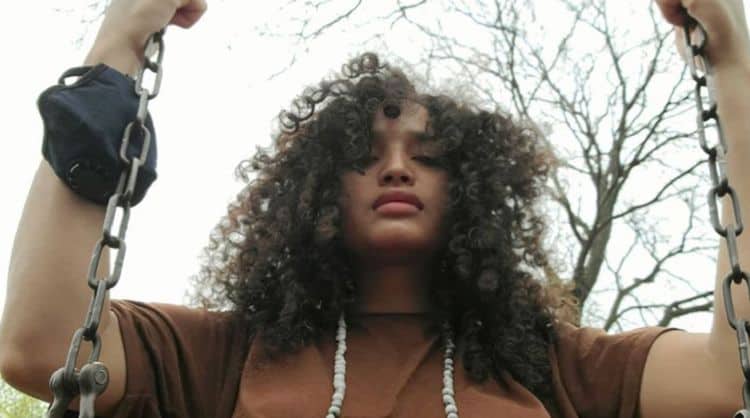 You might note that I’m going to be saying Indya Moore’s name more than once in this post since a lot of people tend to get quite bent out of shape if a person mislabels their gender and doesn’t immediately apologize. Well, in the spirit of keeping away from that I’ll say that Moore has been a staunch supporter for the LGBTQ+ community that Moore is a big part of and has been sticking for throughout the past several years. Moore’s career has just now started to take off with the show Pose that is shown to feature many transgender actors and those that support the community and the lifestyle in a manner that is both respectful and understanding of the plight that such individuals experience. While Moore is very vocal about these matters there is also the unfortunate side effect that sees Moore sometimes instigating tense moments that many would rather avoid.

Here are a few things about Indya you might not have known.

10. Moore identifies as transgender and non-binary.

Despite Indya’s preferred pronouns a lot of sites tend to mislabel Moore’s preferred gender and tend to get away with it. Really though, what is Indya going to do except fume and claim to be persecuted by this action? Preferred pronouns or not, the free speech of another individual isn’t stymied by ones preferences.

There doesn’t seem to be a lot of history behind this but Moore did in fact leave home at a very young age when it was determined that Moore’s parents would not support Moore’s decision to become transgender. This is unfortunately a very real situation that many individuals experience and nothing to make light of.

8. Moore dropped out of high school due to bullying.

There’s so much to be said about bullying that it’s become a conversation that’s split society in many different ways, but it caused Moore drop out of school and eventually pursue a GED instead.

In some ways becoming disenchanted with an industry because of its standards and the well-known messages it tries to promote is almost like a public school teacher claiming they didn’t know what they were in for when it came to how much they would be paid. Both circumstances have a great deal to do with knowing what a person is getting into before they get that far.

In many ways Indya had to know that getting into the modeling industry so young would create a great of stress and possibly cause a burnout early on in a career. Whether Moore burned out or not is hard to question, but there is a definite feeling that Moore simply couldn’t continue with the industry in the same manner.

5. Moore uses they, them, their as singular pronouns.

The collective groan that people use when this is uttered by anyone isn’t about the inconvenience or the ‘threat’ of being forced to think differently. In all honesty using a plural pronoun to describe a singular individual seems rather odd to many people, though many at least attempt to do this.

This is the act of taking on more than one lover at a time in an open relationship with the idea being that it is consensual and approved of by everyone in the relationship. In a way it sounds like group sharing and while it might be threatening to some folks it just sounds like a massive headache waiting to happen since jealousy and envy are two very big human traits that are hard to quell at all times.

3. Moore was attacked by a Trump supporter.

Angela Helm of The Root is obviously not a Trump fan, which doesn’t matter in the slightest, but she is also a highly biased writer that seems to condone Indya’s actions when the model attempted to steal a Trump supporter’s property simply because it was sitting OUTSIDE of a studio where Moore’s show was filmed. Perhaps someone needs to remind Indya and Helm that attempting to steal someone’s property on public property is not justified simply because of their beliefs.

2. Moore has a decent following on social media.

Moore’s fan base is pretty solid and it’s not hard to guess why since Moore definitely stands as one of the celebrities that the LGBTQ+ community look up to and see as someone they want to emulate. And while Moore likely has many traits and good arguments to make for the community the fact mentioned above is somewhat damaging to that reputation.

1. Moore’s net worth is under review.

How much Moore is worth is still under review it would seem since Pose is really one of the first big things that Moore has done aside from modeling.

That took some doing to avoid the wrong pronouns.