Home
TV News
Inside Amy Schumer is Being Revived at Paramount+ 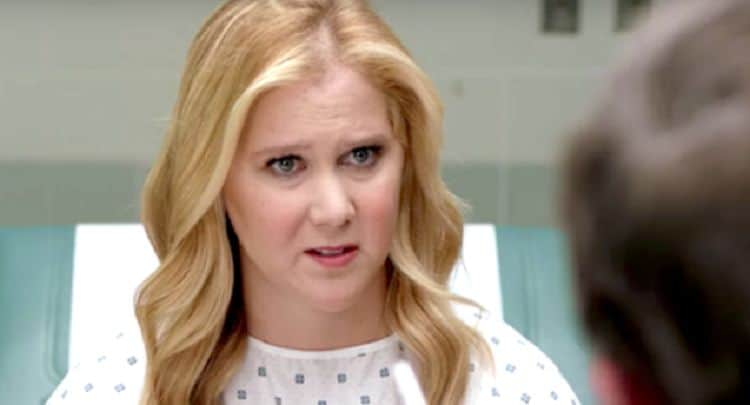 Humor is a very subjective thing even if the structure of a joke is typically objective, which could be why a lot of people still feel that Amy Schumer is a legitimate comedy figure. There are a lot of people that feel one way or another about the comedian/actress and her different views on one thing or another, but over the course of her career, she’s made it kind of clear that she doesn’t care what her haters think and has been openly controversial in her life at times on purpose as it’s suited her needs. It’s something that every person gets to decide for themselves when standing up for their beliefs, but to say that she’s been a polarizing character is putting it mildly since she’s been pretty open about what she believes in most times and her humor has been more than a little off-key to several people that haven’t found her as amusing. But that hasn’t stopped the show Inside Amy Schumer from winning several awards and going on to earn her a following that’s kind of surprising. Out of all the ‘to each their own’ moments, this is one of them that tends to grate on a lot of people when it comes to keeping Amy famous, since those that have been supportive of her and the career she selected made it clear that they’re going to be there to laugh at her jokes and wish her well. This is certainly the type of thing that’s been instrumental in making the return of the show possible since otherwise, it feels as though it might have been over and done with as of a while ago.

Comedy is a difficult thing to pin down in its entirety since telling someone to laugh something off and then getting salty over a bit of humor that doesn’t strike your fancy is a very hypocritical thing to do. Amy provides a different type of humor that’s not appreciated by everyone, but in a world that needs laughter, it’s just as valid. The manner in which she goes about getting laughs feels more than a little suspect at times, but one can’t really get into that either without taking a firm look at the type of humor they enjoy. It’s best to just lay back and admit that humor is something that’s bound to cover a large swath of humanity and that railing against one aspect of it while trying to condemn another isn’t a good habit to get into. If one doesn’t enjoy Amy Schumer’s antics, and there are many that don’t, then it’s best just to look away and find something else to watch, especially since it sounds as if she’s coming back to the small screen. Her movie career is either a success or not that great depending on who one asks since to be fully honest her attempt to make movies was a bit interesting to start with, but when it became obvious that it would just be two hours of her own brand of comedy packaged into witty one-liners and the same jokes one can hear during her specials it feels as though one might be better off just watching her old stuff and wondering when she would come back to TV.

There’s been an overwhelming amount of hate that has followed Schumer around for a while and, unfortunately for Amy, there have been fairly solid reasons that have everything to do with the way she conducts herself when trying to make people laugh. From the allegations of stealing other peoples’ material to talking about her lady parts in a number of derogatory ways to even supposedly racist material that she’s unloaded during her shows, Amy has been no stranger to the controversy created by her own initiative, but it’s fair to say that the show might be a little more heavily regulated than her specials have been, especially since her comedy routines aren’t bound to be regulated any more than anyone else’s. But this is something that tends to follow a person around and is continually rehashed the moment that someone slips up, which is why bringing her back is a bit confusing since Paramount+ is definitely big enough to take a few hits if people decide to go that route, but it’s also one of the many sites attempting to establish dominance and keep itself as one of the more popular locations for people to go for their entertainment. If things work out then there will be little to nothing to worry about, but as it’s been seen with some folks there are those that come with a lot of baggage and often need to be given a lot of attention to make certain they don’t end up accidentally biting the hand that’s bound to feed them.