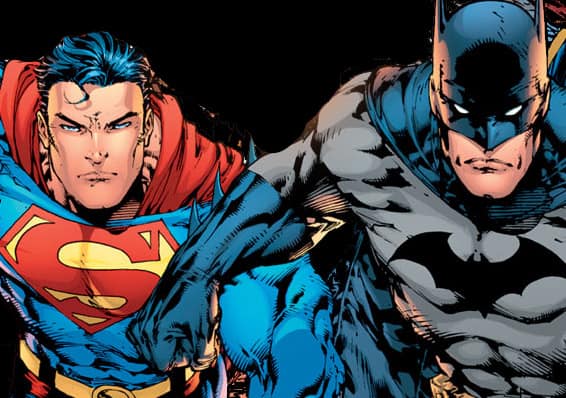 How many inspirational quotes can you pack into a single article? The answer is obviously “how much time have you got?”. Superheroes and inspirational quotes tend to go hand and in hand. If you’re a hero you’re kind of expected to make a speech of some sort at some time. If you recognize even half of these it means that you’re either a comic nut or have watched a ton of movies in which you’ve heard each quote a dozen times. Or both.

So let’s take a look shall we? We’ll go quote by quote to make it easy.

Batman-You run around in a suit that resembles a bat striking fear into criminal’s hearts. You’re a nutcase.

Flash-I’m pretty sure life has a purpose whether we’re here or not.

Superman-Better keep that suit on buddy, you’re going to be at it for a while.

Wonder Woman-I have a better saying, don’t wound if you can’t kill. In your line of work it seems better that way.

Martian Manhunter-Isn’t the purpose of the fight so you don’t have to fight for the future anymore?

Captain America-So this ‘river of truth’, exactly where would one find it?

Green Hornet-I’m kind of sure that even people that have lived are afraid of dying sometimes.

Alfred Pennyworth-Finally a quote that makes sense in more than one way.

Wonder Girl-Well, yeah. Lots of people rise to meet tomorrow, it’s called getting out of bed.

Aquaman-Strangely enough it sounds like he’s hedging his bets on something.

Charles Xavier-If they stumble in a maze they might be lost for a while at least.

Mr. Furious-It was me, I was looking up how to spell ‘quite’. Sorry about that.

Phoenix-Ever notice how the simplest quotes are the best?

Doctor Octopus-Huh boy, he must be the mayor of Hypocritia.

Master Splinter-We don’t always make the right choices do we?

Ra’s al Ghul-Hardcore stuff right there. But I’m sure the training helps.

Aunt May-You know, like when a nephew gets plopped into your lap and you have to raise him. Right?

Iron Man-I’m thinking his name should have been the Iron Daredevil.

Wonder Woman-So what about the rest of the people stuck in that outdated system?

Hawkeye-Leave it to Hawkeye to come up with a euphemism for archery.

Thor-But if you’re fighting space invaders in New York it might be nice to have friends.

Storm-Very true. But in your striving it might be a good idea to employ a few handy tactics and problem-solving techniques.

Kitty Pryde-So happiness is like the dust that’s choking you? That explains a few things throughout our lives at least.

Groot-See? Groot’s got it all together without having to waste time and syllables. You go Groot.

Despite my play on each of these quotes they are all great words to live by. But a few of them just seem to make a lot more sense than others.