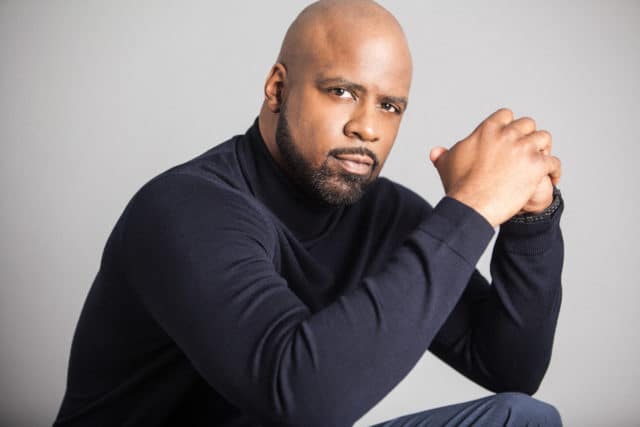 Every teenager goes through a faze where they think their parents are evil, but you never see irrefutable proof that they actually are. Yet that’s exactly the situation the Marvel’s Runaways find themselves in. Hulu’s adaptation of the hit comic book series takes up the story of six seemingly normal teenagers who discover that their parents are not who they say they are. What the Runaways discover is that their parents are in fact a part of an evil organization known as ‘The Pride’. This Marvel comic’s adaptation is a hit in and of itself, largely in part of what series star Ryan Sands praises as “beingÂ able to set our own tone, and to make our own rules to the extent that we can.” In TVOvermind’s interview with him, Sands talks about the balance of playing villainous dad Geoffrey Wilder, how the parents and kids go up against each other, and how the show goes much deeper into the villain’s motivation than the comics.

For those viewers who aren’t as familiar with The Pride, and their role in the comics, what exactly are Geoffrey and The Pride doing? How do they justify their actions?

The Pride is a group of people who were approached by a mysterious figure, who in exchange for money and resources, we’d have to do certain things for this individual when he came to call. The lure of our wildest dreams being at our fingertips was too much to resist. Essentially we’ve all made a decision that’s coming back to haunt us. As a result of that decision, we’re forced to do things for this individual, for who and what he represents. We have to hide it from our kids. [In the beginning] our kids just think they’re privileged kids, whose parents get together once a year to go over some charity plans. They realize in this first episode that there’s a darker side to these charity meetings.

Up until this moment when the kids walk in and realize their parents aren’t who they thought they were, what is Geoffrey and Alex’s [Rhenzy Feliz] relationship like?

Very close. He’s a very attentive parent. Their relationship kind of borders on friends. There’s a direct father-son understanding there, but they play video games together, they’re open with each other, they joke with each other. It might get under Catherine’s [Wilder, played by Angel Parker] skin a bit, because she’s kind of put into the bad cop role from time to time. It’s a great relationship up until that point.

Is Alex trying to rationalize what’s going on, or is there just no way to reconcile who he thought his father was with the man he really is?

It’s tough, because that’s a huge Â bombshell. If you’re going about your day, going about your life, and you think that these are the rules, this is who people are, when that’s all flipped, you have to question everything. That’s tough for a high school aged kid who’s already going through things, evaluating his friendships and his place in the world. It’s a tough place for Alex to be in, especially in his relationship with his father. It’s tough to come back from that.

What’s Geoffrey’s plan once Alex finds out the truth?

It’s a balancing act. Geoffrey really wants to fix things with his son, who he loves dearly. But Geoffrey being a part of The Pride, he’s a part of something big. He can’t let all of his efforts over the years go to waste. It’s definitely a balancing act with ‘how do I reestablish this connect with my son, and how do I keep things moving with the Pride and protect my own interests?’. Also, in protecting his own interests, it’s [about] his family. He’s got to protect his family as well. ‘I’ve got to protect you, but I can’t tell you from what.’

As the series goes on, are Geoffrey’s motives truly altruistic, or does he want to hold onto power?

Does Geoffrey think he is a good father?

Geoffrey wants to be, more than anything, and he’s unsure. You can have the best of intentions and mean someone no ill will, but if it doesn’t have the right effect, if the outcome isn’t what you hoped for, you have to reevaluate what your motives were, what you could have done better. Geoffrey is very much in that place, trying to figure out what he should do, trying to be a good parent.

How does Alex in particular push back? Because that’s a tough thing to do to a parent, no matter how evil they are.

Teenagers are going to relate to this, to being in a situation where they don’t necessarily have all of the power to create change. There is a need to rebel, to express their feelings, and their understanding of what the situation is. Alex finds himself in the position of, there’s only so much you can do against a parent, especially a strong parent like Catherine or Geoffrey. He lets it be known that he isn’t happy with what he’s exposed to. There’s only so much he can do. The truth of the matter, I don’t think any of the kids are sure of what’s going on. There’s a lot of question asking of ‘What’s going on?’, ‘What did they see?’. There’s a lot of that too. There’s genuine love there. You want to believe the best in someone, but there’s some things you can’t unsee. 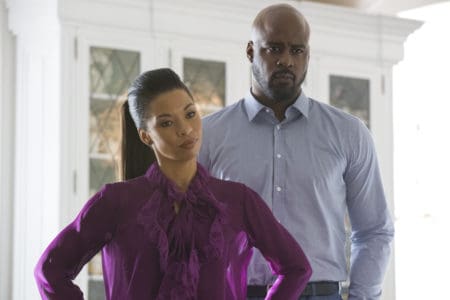 Are there elements in Alex that he inherited from his parents that he uses against them?

Absolutely. I think it’s a testament to our writers on the show, what [Marvel’s Runaways’ comic creator] Brian Vaughan did years ago. The Wilders don’t have powers. However, they are strong leaders. They are confident, smart, strategic in their thinking. That has been passed onto Alex, and he flips it on its head a little bit with a younger mindset, with some tech savvy. He uses what he’s gotten from his parents against his parents. I think that’s a really cool concept embedded in the comics that has transferred onto the show.

You’re a Marvel fan. How much did you know about the Runaways prior to taking the role of Geoffrey Wilder?

I was not [a fan of the Runaways]. I stopped reading comics around the early 90s. I was a basketball fanatic, going to college. There wasn’t a lot of time to read comics. But I heard about “The Runaways”, from friends who were still active readers. So I was familiar with what it was. When I got the script it was ‘Untitled Marvel Project’, but when I read the script, I knew instantly what it had to be. I went into my Marvel Unlimited app, dove in, and it was exactly what I thought it was. Geoffrey looked like me! That was really surreal to open up the comics and see who I was auditioning for. I went through the whole first volume in a night. It was a fun ride. I don’t know if I should have done that, because I got a little too excited at the prospect. Going to an audition, you try to keep things level and focus on the work. But playing that character was such a cool prospect.

Power couple. It’s a really cool dynamic that we’re able to play. The writers have done an amazing job in making these characters real people. You might not agree with where they’re coming from, but you get it, that these are human decisions. The Wilders have a great dynamic. They’re both strong, they’re both fierce, they’re both confident. They’re not afraid to listen, to hear the other person’s viewpoint, to admit shortcomings and mistakes, and they hold themselves accountable to each other. They’re a real loving couple, despite being members of The Pride.

How different is Geoffrey from the comic’s incarnation?

He is pretty different. The Pride, they weren’t really the focus as much in the comic. To be honest, I was looking forward to playing the Geoffrey from the comic. I was truly surprised just how fleshed out and human members of the Pride are. One of our showrunners (Josh Schwartz) said that there are no villains on the show. That these are a group of real people, who have made decisions, and those decisions have consequences. That is the fun part of Geoffrey on this show. You start to see these consequences, that he does a lot of things people might feel familiar with Geoffrey Wilder doing. But you get to hear and see how he feels about them. You get to see the toll that those tough decisions take. That’s the cool part of playing Geoffrey, and I’m sure the other members of The Pride would say the same thing.

The Pride is the ultimate contrast with their children, who band together to form their own little family.