Al Norton of 411mania.com sat down for an interview with Thomas Gibson, star of CBS’ Criminal Minds. Gibson discusses the mood on the set, his favorite guest stars, the current TV landscape and more. You can check it out below. 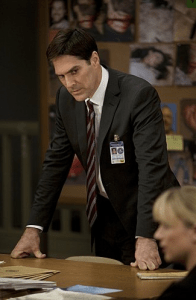 For more on Criminal Minds, you can read my review of last week’s episode and see a preview for tonight’s episode here.

Al Norton: You do with some pretty heavy material on Criminal Minds, so does that make for a somber set or are you guys goofing off as soon as the director yells cut?

Gibson: Not unlike the guys who do it for real, who all have very, very dark senses of humor and can be very silly, our set is one of the most fun I have ever been on. It’s very much in diametric opposition to the material.

Norton: How close to the Hotch you play know is the guy you thought you were signing on to play six years ago?

Gibson: One of things that’s great about working on series television is getting to develop a character. I knew some of the places I wanted to take him, I knew some of the things that were important to him at the beginning, but you don’t know because you haven’t taken what you feel you know about the character and plugged him into a series of situations yet. It’s sort of constantly educational for me to find the character in different situation and to investigate, no pun intended, how he reacts to each of the situations.

Certainly we know how he is in a professional sense but some of these cases, well, nothing can prepare you for them. Our writers do push the envelope. The idea is that the show is a thriller at heart with a crime investigation framework to that, so it’s always interesting to see how these characters react to the line of work that they do that feeds them in a big way, how they take part of it home and how they don’t take part of it home.

I think the most developed character in our pilot was the one that Mandy (Patinkin) played and what was really interesting to me about Hotch was that he was somewhat of a blank slate and we could investigate him fully and not have any parameters forced upon us. I knew from the very beginning that I wanted to know what made this guy tick, what made him want to do this job, and I’m still learning stuff now. That’s what’s really interesting to me, and I hope to the audience as well.

Norton: You’ve had some great guest stars play some super creepy roles over the years; do you have any favorites?

Gibson: Because I worked so closely with him, because we had a lot to do together, I’d say C. Thomas Howell playing the Reaper character was one of my favorites. We just had Daniel Travanti last week. We continue to have great people coming on board. Sally Kirkland is with us this week, and my old friend from New York Rob Knepper is playing our bad guy. Rob seems to turn in bad places in a lot of shows.

We’ve been very lucky that way and once a show finds an audience and some visibility, actors want to work on it, and I think that’s what’s happened with us. We had Mare Winningham film an episode a couple of weeks ago and she is absolutely mesmerizing in the role.

Norton: You’ve got roughly 300 episodes of series TV under your belt so you’re a pretty good person to ask if this current TV landscape, where new shows can get as few as two episodes to grab an audience, is as scary to actors as one might think.

Gibson: Sure, but it’s always been that way. You’ve always known that the deck was very much stacked against you. It’s been a long time since networks were willing to give a show a whole season to find an audience. The days where Seinfeld got a year, where Raymond got a year, are long gone. Networks have an itchy trigger finger because things cost so much, and you certainly can’t blame them on that score. You do wish, especially for certain series that you know you find interesting, that they’d give them a whole season, or just half a season, which is a lot to ask, and that they’d find their audience.

We’ve always known as actors that it’s very, very hard — and I’ve been very lucky — to find a pilot that’s interesting, and that it gets made, and that it gets picked up, and that it finds an audience and continues to bring people in. It’s a tall order and I’ve been really lucky. It is frustrating to see things get cancelled so quickly but I understand what’s on the line for the networks, and it’s a lot of money. 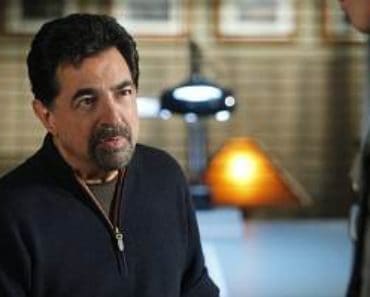