Home
Movies
Invasion of the Body Snatchers: Noir, Not Horror 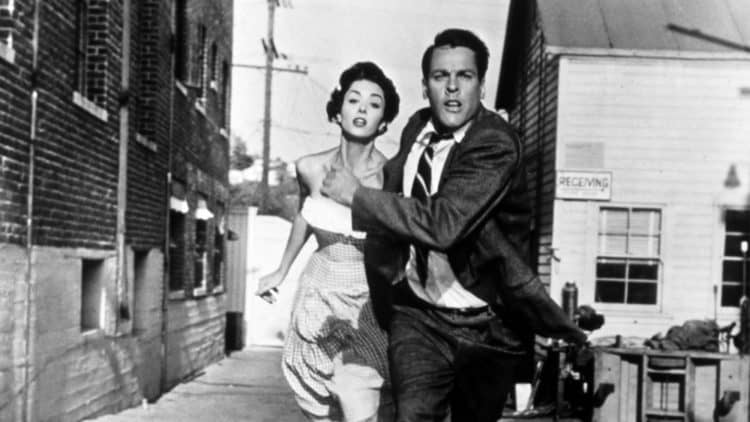 Invasion of the Body Snatchers wants to be a horror film coated in science fiction but at its core beats the heart of noir, not horror. Don Siegel’s 1956 classic all but spawned the horror sub-genre of “pod people” and has been referred to as “One of the most celebrated—and chilling—science fiction films of the decade, perhaps of all time” (Cumbow). These sentiments however do not represent an exact sense of the film or the true scope of the situation. The reason for this is that Siegel was simply not allowed to present the desired finished product of the movie he had envisioned. As such, Invasion of the Body Snatchers is more accurately defined as “a marvelous marriage of film noir paranoia and a science fiction premise” (Ciment).

In a 1970 interview with Guy Braucourt regarding Invasion of the Body Snatchers, Don Siegel stated, “the studio thought that the public was reacting against the film” (Cumbow). Because the film was initially subject to poor public reception, the decision was made by the studio to alter the picture. Siegel remarked: “I was opposed to making any changes, but it was better to do them myself because someone was going to make the changes anyway and they might very well compromise what we’d already planned and shot. So I decided to add the prologue and epilogue” (Cumbow). If released as Siegel initially intended, Body Snatchers would fall into either category of horror or science fiction with film noir characteristics. Because the film makers were forced to bow under studio pressure, the finished result embodies more film noir than either horror or science fiction.

It is no wonder that Invasion of the Body Snatchers has a perceptibly film noir feel. Not only did director Don Siegel break into the business by directing crime thrillers such as The Verdict and Count the Hours, but “even the cinematographer and editor’s most recent works were Poverty Row throwbacks with B-picture-ready names like Sudden Danger and Bait” (Van Fleet). However, it is the screenplay for Body Snatchers which serves to cement its indisputable noir origins. The screenplay was written by Daniel Mainwaring. It was Daniel Mainwaring who wrote the novel Build My Gallows High, adapted nine years later as the film Out of the Past (1947). Out of the Past is generally regarded as the absolute quintessential film noir. 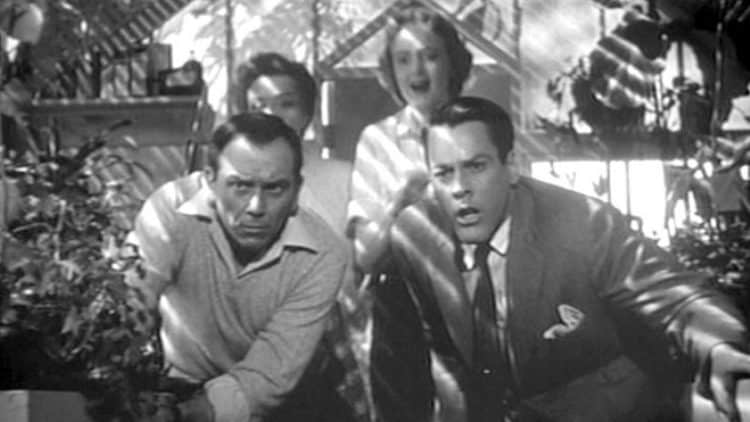 Body Snatchers was made in 1956, fitting the film neatly within the universally agreed upon timeframe of true film noir which ran from 1941-1958. This truism only proves a minor point. Aesthetically, Body Snatchers incorporates the typical and standard film noir elements of “low-key lighting, deep-focus cinematography, wide angle lenses and tension inducing” (Belton). Siegel’s use of “criss-crossed light and shadow” (Van Fleet) and composition lines are pure film noir derived from various sources including “window blinds, greenhouse walls, and staircase railings” (Van Fleet). The aesthetic film noir element of “claustrophobic framing” (Belton) could not be better exemplified than the scene in which to two main characters must resort to hiding in a shallow cavity in an abandoned mine with the entire town of already snatched townspeople giving close chase. As the tension of the chase builds, the two heroes “slide in and cover themselves with slats of lumber. The villains race overhead, and shadow and light alternate on the heroes’ faces” (Van Fleet). Also, because Siegel had to add the extra elements of the prologue and the epilogue, the film is viewed through the film noir devices of “voiceover narration; and a complex narrative structure, characterized by flashbacks” (Belton).

The esteemed American filmmaker and critic Paul Schrader stated, in the 1994 American Cinema Series, film noir is encompassed by “The sense of knowing what you are doing is doomed, and you can’t stop it”. This could easily be the tagline for Body Snatchers as the film clearly adopts classic film noir themes. As illustrated by the prologue, the film’s hero, Dr. Bennell, believes himself to be the only human left in his hometown of Santa Mira. Directly from the onset of the picture, traditional film noir elements are established by introducing “existential issues such as the futility of individual action” (Belton). Dr. Bennell’s increasing feelings of hopelessness are brought closer to realization, following textbook film noir character arc by exhibiting “individual despair, leading to chaos, violence and paranoia” (Belton).

As if the technical elements alone are not enough to convince one that Body Snatchers is more film noir than anything else, consider the mode of the film. Most of the picture is one man’s reaction to paranoia and a perceived “mass hysteria”. This film was released at a time when the threat and fear of communism was palpable and tangible; responsible for sparking a rabid fear in the public consciousness. The red scare was not only a source of real paranoia, it sparked actual mass hysteria. A tenet of film noir is undoubtedly “its ability to make audiences uneasy” (Belton). Few topics could make a 1950s audience more uneasy than a picture where every person’s body, as well as consciousness, is hijacked by alien pods, the film climaxing with the main character frantically shouting directly into the camera “You’re in danger! They’re after all of us! They’re here already!”

There is no doubt that if Don Siegel was allowed to release the film that he wanted to make, Invasion of the Body Snatchers would not be considered film noir. However, when faced with orders from the studio to make the picture more palatable, Siegel reverted to what he knew and that was noir, not horror. Body Snatchers does not embody the classic example of film noir but “not every film noir needs to be noir from start to finish; it needs only to be noir for a moment or two” (Belton). Film noir leaves the audience feeling uncomfortable, anxious and disturbed. Invasion of the Body Snatchers certainly achieves those characteristics as illuminated by the parting line of the hero’s hysterical rant: “You’re next!”