Home
TV News
Is Admiral Thrawn Getting His Own Series? 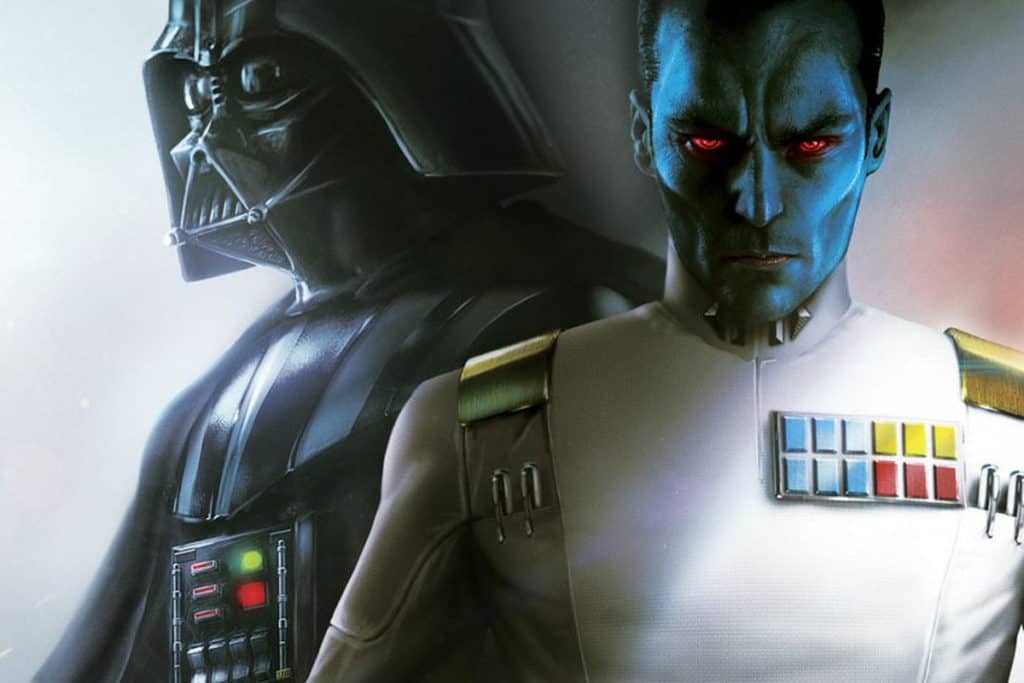 As Derek Cornell of The DisInsider mentions, the idea of Admiral Thrawn getting his own series on Disney+ is more of a rumor at this point, but rumors do have a way of becoming reality very quickly when people aren’t looking. Thrawn has already made his way into the animated version of Star Wars, but a live action appearance would be something that might have fans salivating at the idea of bringing yet another species into the franchise in a big way. In fact, if one is being absolutely honest, bringing the Chiss and Thrawn into the main lineup for the movies, whenever they’re bound to return, could open up the galaxy in a way that hasn’t been fully explored yet, since the Chiss hail from the Unknown Regions, a place outside of the known galaxy that Star Wars figures normally explore. It would however mean a return to the time between the prequels and the original trilogy, and possibly a jaunt through the original trilogy’s timeline as well, as Thrawn was picked by Emperor Palpatine and even worked alongside Darth Vader a couple of times during his run. Thrawn didn’t meet his end until after Return of the Jedi, in what is now known as the Legends canon. Strangely enough he was killed by one of those that had served him, a creature called a Noghri, a skilled assassin whose race had been used as servants for a good deal of time to that point. The Noghri have also been featured in the animated series, but to see them in live action would be great.Â

Whether or not this is bound to happen is hard to say but it would certainly be welcomed by the fans since the trilogy that brought Thrawn to the attention of the fans is still seen as a book series that is to be held up as one of the greatest examples of this mastermind. While author Timothy Zahn has definitely come a long way from Heir to the Empire, Thrawn really hasn’t changed, as Andrew Liptak of The Verge has noted. The blue-skinned admiral has always been more refined and far more calm and reasonable than many villains in the Star Wars franchise, but he’s just as vicious and every bit as manipulative as he can typically break down an opponent in one way or another and find their weaknesses, their strengths, and even play on their habits if he’s feeling particularly vindictive. Thrawn is not an easy character to rattle since he usually knows what’s going on before anyone else does, making him one of the hardest characters to anticipate since he’s mastered the art of being at least four to five steps ahead of his enemies. It’s fair to say that he and Vader don’t get along too well, and that he’s wise to be leery of his connection to Palpatine since the Emperor isn’t someone to turn your back on. But his military strategies, his ability to think around corners and outmaneuver his opponents and his utter lack of compassion for just about anyone is part of what makes him so deadly. As a physical combatant Thrawn is no pushover, but he’s not the type that could, or would, take on someone such as Darth Vader or any other skilled opponent that could best him in physical combat.Â

That is a big part of what makes him so effective though, as in the rank of grand admiral he becomes so much more dangerous because he has so much more at his disposal, meaning troops, armament, cruisers, star destroyers, and a great deal of authority that is only given to a select number of individuals in the Empire. His story would have to be told in a very cautious manner in order to keep the timeline as stable a possible, but his inclusion into the story would be absolutely great since this brings another antagonist that would be nearly impossible to beat considering that he might be able to figure out what moves his enemies would make before they even make them. It does feel as though Thrawn had been part of the original trilogy in a big way that the Empire might have suffered fewer losses and the Rebels might have found themselves reeling more often than not since his military strategies would have pinpointed their weaknesses and analyzed them in a way that would have made it obvious to him just what needed to be done in order to finally defeat the Rebels and not allow them to return. Should this idea ever come to fruition it’s a big hope that the story would follow the current trilogy that’s been written and show Thrawn interacting with the Emperor and Vader, as these are both worthwhile story arcs that fans would likely enjoy seeing.Â