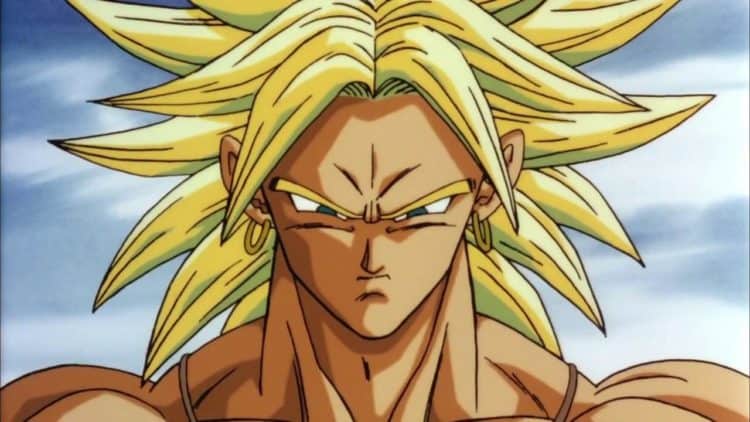 The world of Dragon Ball is quite vast, and spans multiple series like Dragon Ball, Dragon Ball Z, Dragon Ball GT, and Dragon Ball Super, as well as a lot of movies (including one that we never talk about…you know the one I’m talking about). Unfortunately, a large majority of these movies aren’t canon, which means there’s really no point in watching a lot of them, but that doesn’t mean you can’t watch them if you want to. One of these movies is Dragon Ball Z: Broly – Second Coming. In regards to the Dragon Ball Z timeline, the movie takes place right before the events of the Majin Buu Saga, however, the film is not actually canon to the overall Dragon Ball story. Before you read any further, it’s important for you to know that there will be spoilers for Dragon Ball Z: Broly – Second Coming ahead, so if you want to skip those spoilers, I would go right to the end of the article.

Dragon Ball Z: Broly – Second Coming is a direct sequel to Dragon Ball Z: Broly – The Legendary Super Saiyan and begins with Broly crash landing his escape pod on Earth, because he somehow survived Goku completely obliterating him the first time. Anyway, it’s seven years later, and Goten, Trunks, and Videl are off searching for the Dragon Balls when they encounter a small village that is being terrorized by a “monster” and sacrificing human lives to it as an offering. The three of them decide to take it upon themselves to take care of the monster themselves in exchange for a cool looking necklace that Trunks saw one of the village people wearing. As they wait in a trap set for the monster, Trunks steals an apple meant to be used as bait for the monster, so Goten naturally wants one too, but Videl slaps him and says that he can’t have the apple. This causes Goten to scream and cry, which triggers Broly to wake up from his deep-sleep thinking that it’s Goku screaming (remember that this is what triggered Broly to hate Goku as a baby). It turns out that the so-called “monster” was just a dinosaur, so Goten and Trunks end up playing around with it for a while before ultimately finishing it off and serving it up as a massive meal for the entire village.

Videl hears some loud noises and goes to investigate only to find Broly firing off destructive blasts at the village. Furious, she charges him, only to be tossed to the side and thrown in the water, as Broly continues on his hunt for who he thinks is Goku. Goten and Trunks arrive to help out and actually manage to hold their own for a little while as they attempt to use the Dragon Balls to summon Shenron, the Eternal Dragon, to help them take care of Broly. Ultimately, this doesn’t end up working out, and Gohan ends up showing up just in the nick of time to save Goten and Trunks from a massive energy blast from Broly. After being forced to ascend into Super Saiyan 2 to match Broly’s strength – which was proved to be pointless as Broly ascended to Legendary Super Saiyan – Gohan is forced to use a majority of his energy to shield Goten, Trunks, and Videl from one of Broly’s energy blasts. Gohan eventually lures Broly into lava that has appeared from the ground cracking and the earth beneath them shifting, and it seems as though the fighting is over. Gohan passes out on a rock in the lava and is about to be swallowed by the molten liquid when all of a sudden Piccolo shows up to carry him off to the surface.

After Gohan wakes up, he sees that it isn’t actually Piccolo for once but is actually Krillin wearing Piccolo’s uniform in disguise! It turns out that Broly isn’t dead after all, as he rises from the lava and hits Krillin with an energy blast. There’s some more fighting between Gohan and Broly, and Gohan sends out a Kamehameha wave to meet Broly’s energy blast. Goten joins Gohan in an effort to protect the Earth, and wishes that Goku was there to help them. This ends up activating the Dragon Balls and summoning Goku to help defeat Broly, who is then defeated and blasted into space and through the Sun. No way he can survive that, right? Right? Gohan and Goten then wonder if it was actually Goku being present to fight with them, or if it was just him cheering them on and pushing them within their minds, as the movie ends with a celebration of victory.

The animation in Dragon Ball Z: Broly – Second Coming is pretty spot on, and is consistent with the last few movies we’ve seen. Legendary Super Saiyan Broly definitely has one of the coolest character models across most of the Dragon Ball Z universe, in my opinion.

The fights in Dragon Ball Z: Broly – Second Coming are definitely some of the best we’ve seen in any of the Dragon Ball Z movies. I’m honestly shocked that Broly didn’t instantly eviscerate Goten and Trunks, which just goes to show how strong those two really are.

Like the first Broly movie, I would definitely say this is a fantastic Dragon Ball Z movie. While it doesn’t really matter in the grand scheme of things, especially since Broly’s origin was pretty much rewritten in Dragon Ball Super: Broly, it’s definitely a good idea to get familiar with the character.