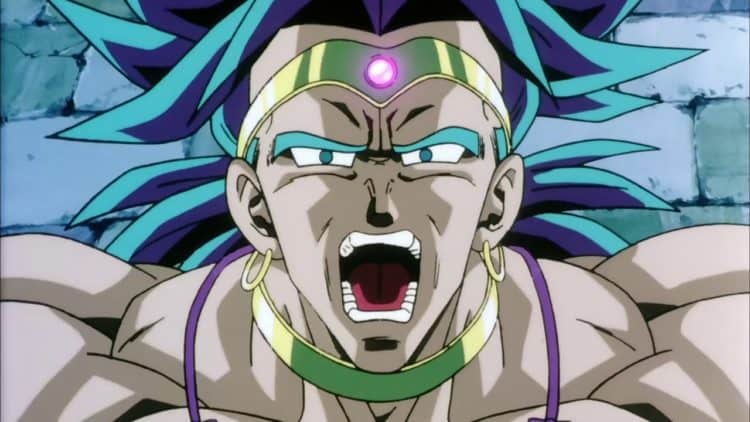 The world of Dragon Ball is quite vast, and spans multiple series like Dragon Ball, Dragon Ball Z, Dragon Ball GT, and Dragon Ball Super, as well as a lot of movies (including one that we never talk about…you know the one I’m talking about). Unfortunately, a large majority of these movies aren’t canon, which means there’s really no point in watching a lot of them, but that doesn’t mean you can’t watch them if you want to. One of these movies is Dragon Ball Z: Broly – The Legendary Super Saiyan. Before you read any further, it’s important for you to know that there will be spoilers for Dragon Ball Z: Broly – The Legendary Super Saiyan ahead, so if you want to skip those spoilers, I would go right to the end of the article.

The first Dragon Ball Z: Broly movie begins with King Kai sensing the destruction of the south galaxy by an unknown – but incredibly powerful – Super Saiyan. King Kai reaches out to Goku telepathically to warn him that Goku is needed to save the fate of the north galaxy (the one that that Z-Fighters currently reside in), but unfortunately, Goku is stuck in a meeting with Chi-Chi to help Gohan get into a private school. After apologizing to Chi-Chi, Goku ends up using Instant Transmission to go help King Kai and begins tracking the Super Saiyan’s energy. Meanwhile, the rest of the team has their picnic (and Krillin’s puppy song) interrupted by a group of Saiyans who greet Vegeta as their king. The leader of this group of Saiyans, Paragus, claims to have created a New Planet Vegeta and wants Vegeta to claim the Saiyan throne and rule New Planet Vegeta. Eventually, Vegeta agrees to go along with him after Paragus tells him of the Legendary Super Saiyan who has been wreaking havoc around the galaxy. Gohan, Future Trunks, Krillin, Master Roshi, and Oolong also go with Vegeta on the Saiyan ship. Paragus introduces Vegeta to his son, Broly, who then assists Vegeta in tracking down the Legendary Super Saiyan.

Meanwhile, Gohan, Trunks, and Krillin find out that Paragus didn’t actually discover New Planet Vegeta, but instead forced an entire civilization of aliens to do his bidding. Goku arrives on New Planet Vegeta after tracking the Super Saiyan’s power. As soon as Broly sees Goku, he begins to freak out and nearly lose control of his power, until Paragus steps in and uses a mind control device to stop Broly. This happens a couple more times throughout the movie, until ultimately, Paragus can no longer control Broly and he is sent into a devastating fit of rage. Eventually, Piccolo shows up (because Gohan needed saving, so Piccolo had to mysteriously show up, somehow) and heals the team up with some Senzu Beans, but they get torn up again. Finally, in a last ditch effort, Goku asks for everyone to lend him their power, to which everyone obliges except for Vegeta, who is stubborn as always. Eventually, Vegeta gives in and allows Goku to borrow his power and he destroys Broly with a single punch. Then, the comet that was set to strike New Planet Vegeta collides and obliterates the planet, but everyone manages to escape on Piccolo’s spaceship.

The animation for Dragon Ball Z: Broly – The Legendary Super Saiyan is actually really good. It seems leagues better than most of the movies that came before it, and there are rarely any moments that seem to be low quality – if any.

The fights in Dragon Ball Z: Broly – The Legendary Super Saiyan are also definitely some of the best fights I’ve seen from the series. I was thoroughly impressed with how good the fight choreography was, and I’m hoping that it continues with the rest of the movies.

So, is Dragon Ball Z: Broly – The Legendary Super Saiyan worth watching? Well, yeah, I’d say it is. Even though there is also a newer movie called Dragon Ball Super: Broly that I’ve heard rewrites Broly’s origin, so this one isn’t canon, I definitely enjoyed the whole thing from start to finish, except for maybe Krillin’s puppy song, but I don’t think anyone enjoyed that. So far, the only place that I’ve been able to find the movie is on Apple TV for a $3.99 rental or $14.99 to buy, but honestly, if you have the ability to watch it on Apple TV, I’d say it’s definitely worth the $4 rental. I’m still deciding whether I think the fact that Goku took Broly down in one punch after being beaten to a pulp for the whole movie is cool or disappointing, but I think I’m leaning a little bit more towards cool.