Home
Anime
Is Dragon Ball Z: Wrath of the Dragon Worth Watching? 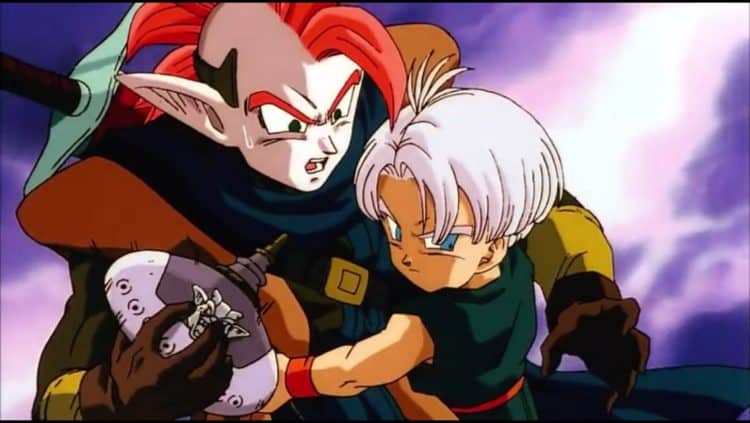 The world of Dragon Ball is quite vast, and spans multiple series like Dragon Ball, Dragon Ball Z, Dragon Ball GT, and Dragon Ball Super, as well as a lot of movies (including one that we never talk about…you know the one I’m talking about). Unfortunately, a large majority of these movies aren’t canon, which means there’s really no point in watching a lot of them, but that doesn’t mean you can’t watch them if you want to. The last movie (aside from Resurrection F, which takes place much later in the timeline) is Dragon Ball Z: Wrath of the Dragon. In regards to the Dragon Ball Z timeline, it takes place some time after the Majin Buu saga ends.  Before you read any further, it’s important for you to know that there will be spoilers for Dragon Ball Z: Wrath of the Dragon ahead, so if you want to skip those spoilers, I would go right to the end of the article.

After a short opening, we see Gohan and Videl rescue an elderly man from jumping off a tall structure. The man then introduces himself as Hoi and displays a music box to Gohan and Videl, begging them to summon Shenron to open it. He tells them that the box contains a hero named Tapion locked within its boundaries and that Tapion is the only thing that will be able to stop a coming threat to the Earth. After trying every other possible method of opening the box, the Z-Fighters eventually give in and summon Shenron after collecting the Dragon Balls. The eternal dragon then unlocks the box and frees Tapion, but something suspicious is happening with Hoi, and it becomes clear that he is evil. Tapion is freed but isn’t happy about it, and storms off on his own claiming that he doesn’t know if he can stop “him” now. Trunks ends up attaching himself to Tapion (emotionally) and tries to form a brotherly bond between the two. After quite a bit of refusal, Tapion eventually accepts Trunks’ friendship after Trunks helps Tapion fend off Hoi’s ambush. Tapion then explains to Bulma about how there is half of an evil being named “Hirudegarn” trapped inside of him, and he can’t sleep or else the monster will be unleashed.

This is what the box was protecting from, but luckily Bulma was able to recreate the box as a bedroom for Tapion to sleep in. Unfortunately, things don’t go as planned and Hirudegarn is unleashed anyway, causing mayhem throughout the city. There’s a whole bunch of fighting that ensues, Vegeta shows up at some point and is defeated, and eventually Tapion is able to restrain the beast back inside of his body. Tapion then asks Trunks to wield his sword and kill him before the beast is released again. Trunks tells him that he can’t do it and refuses to kill the closest thing to a brother that he has, and the monster is released yet again, but this time the ocarina that Tapion used to restrain Hirudegarn is destroyed. Hoi thinks that he’s won and is bragging about how he’s going to have everyone killed when he is promptly stepped on by the monster and killed. Goku steps in after realizing that the monster is vulnerable when its emotions are let loose and begins taunting the beast. Trunks comes in and cuts off its tail, as Goku uses his Dragon Fist attack to put an end to the beast. Tapion then uses Bulma’s time machine to go back to his planet at a time before it was destroyed, but gives Trunks the sword that he wields throughout the movie – the same one Trunks used to cut off the beast’s tail. We then see Future Trunks use this same sword in a post-credit scene, and we finally know where his sword comes from.

The animation for Dragon Ball Z: Wrath of the Dragon is by far the best animation in a Dragon Ball Z movie that we’ve seen up to this point. Especially when it comes to Goku’s brand new Dragon Fist attack, the animation was absolutely beautiful and I still can’t get over how stunning it was.

Throughout Dragon Ball Z: Wrath of the Dragon, there are a ton of incredible fights, but what I’m really going to highlight – again – is Goku’s new Dragon Fist attack. This thing came completely out of nowhere and absolutely blew my mind away. I’m pretty sure that my jaw actually fell to the floor when I saw Shenron pop out of thin air and take a trip through Hirudegarn’s chest. This was absolutely the highlight of the movie.

Even though it could technically fit into the Dragon Ball Z timeline, Wrath of the Dragon isn’t canon. However, I still think that it’s one of the best Dragon Ball Z movies, and you should definitely give it your time; it’s well worth it, if only to see Goku’s Dragon Fist move.