Home
Entertainment
Is Hugh Grant Right About Movies Being Too Loud These Days? 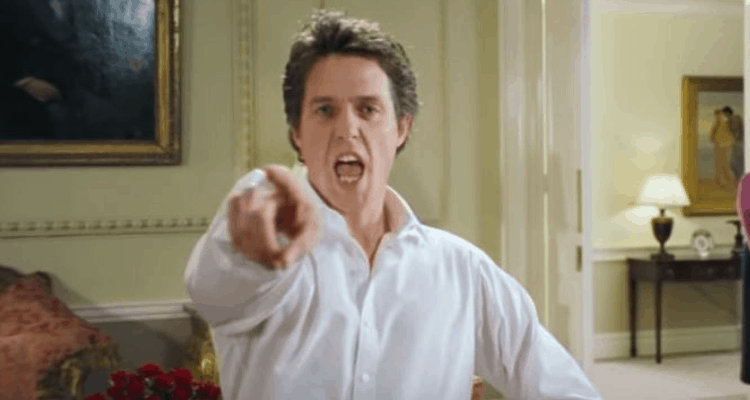 There’s a saying that Hugh Grant should be paying attention to ‘if it’s too loud, you’re too old’. Y’know, Ted Nugent might have been on to something when he spoke these words and it might be that Hugh Grant is simply being an old fuddy duddy at this point since the 59-year old isn’t the only one that’s remarked about the volume in movie theaters, but so far he’s the only one that’s being listened to about it at this time. The complaint from Grant, as shown by Kevin Burwick of MovieWeb, is that the dialogue in movies seems to be insanely quiet while everything else seems to be just as insanely loud. He might not be wrong, but it could be that a lot of people have a different threshold when it comes to their hearing and as a person ages it’s been seen that hearing loss is quite common. You could say that theaters are just trying to make certain that it’s all subjective but the real truth is that sometimes the movies in the theater can be a bit loud.

As Zack Sharf of IndieWire has written the increase in volume tends to come from the movie’s intent to create jump scares and increase the tension and experience, but it also seems to be gaining notice by more and more theater patrons that have decided to speak up about it. The kind of noise levels that are possible in enclosed space like a movie theater tend to need a bit of volume at times to really be heard since filling a space that large with the appropriate amount of sound is a bit tricky. But when it comes at the risk of ruptured eardrums and other ailments it seems to be getting just a little too out of control. Such thing doesn’t seem to have happened yet, but the fact that Grant is bringing this up has emboldened others to do the same since if you can recall, the volume on movies such as IT, Jurassic World, and even all the way back to Jurassic Park have been given a serious increase, enough to the point that people outside the theater can hear almost the entire dialogue and action noises during various scenes. As a matter of fact I can still recall being one theater over and feeling as though the T.Rex from Jurassic Park was roaring directly in my face. That was back then though when very people bothered to say anything about the volume since Dolby and THX were swiftly becoming the masters of the theater scene. Now, it’s almost as though the theaters are trying to insure that people aren’t getting too comfortable with certain movies.

It’s hard to equate Joker with other pictures when it comes to jump scares and the kind of volume increase that would really make a person cringe, but without having seen it yet I can’t exactly say yea or nay when it comes to agreeing with Grant’s estimation. There are a few movies out there however that might have benefited from turning the sound down just a notch or two since it’s great to hear that loud and fully-charged set of effects that come racing across the screen in any movie, but there’s a limit to what human beings can take when it comes to decibel levels. As much as it pains me to agree with Grant, especially since it makes me feel old at this point, there is a point and time when the volume has to be adjusted so as not to leave the ears of every last audience member ringing, especially when it comes to children, as Chrissy Hughes of Restored Hearing states, whose bodies are still developing and don’t need to be exposed to the noise levels that grown adults have trouble withstanding. It’s great when the thundering, roaring, swooping, zooming, exploding, bursting, and other noises are on screen in full blast and are being used to excite us in horrifying and exhilarating ways, but there has to be some point at which the staff can say that it’s loud enough and doesn’t need to go any higher. Yes, that makes me feel so old.

When you think about it however there are those movies that really do need the sound turned up since otherwise you might not be able to hear a dang thing since there are no big booms or massive effects that require a good deal of noise to be fully experienced. Each movie needs to taken on a case by case basis when it comes to noise levels and in truth it does seem as though there should be a set scale on how loud a movie should go no matter if it’s action, horror, or otherwise. Honestly, the people in the theater are in an enclosed space with the doors closed and packed in close proximity, it’s likely they can hear just fine if the volume is set at a reasonable level.