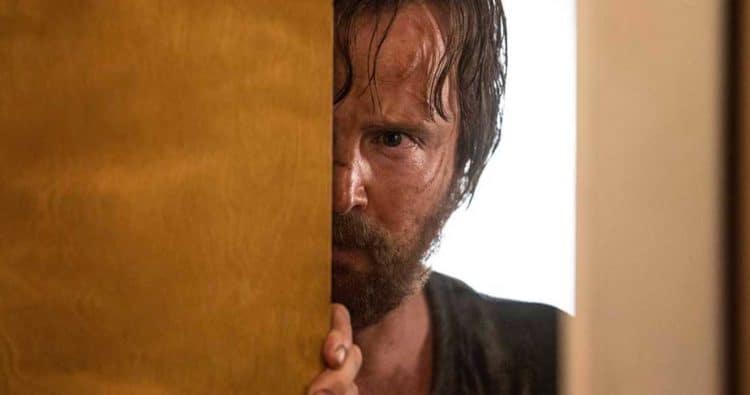 Just at first glance it looks as though Aaron Paul and Vince Gilligan would be down for an El Camino sequel, but at the same time it feels as though Jesse Pinkman has found the happy ending he needed, and getting back into the thick of it would be too painful for him to go through again. One has to remember that from the start of Breaking Bad, Jesse was kind of a lost soul and didn’t really have a lot of direction. When he met Walter White he was still the worst of the pair, but after some time he became the most traumatized of the two as Walt eventually became the bad guy and the one that was somehow mentor and traumatizer to Jesse at the same time. The story that these two went through and the troubles that were experienced between them became a huge part of the Breaking Bad series as Walt continued his descent into the criminal underworld while Jesse was just ready to get out. El Camino made it clear that he had a few scores to settle and things to do and then he wanted out with safe passage to a place where no one knew him and no one would follow him. Wanting a sequel would have to mean that Jesse might actually try to get back into the life or that someone would find him, and that’s not exactly conducive to a happy ending for this character.

In a way it almost feels as though we don’t need the sequel and that anyone hanging onto the idea that the title is El Camino: “A” Breaking Bad movie instead of the “The” Breaking Bad movie is grasping at straws in an attempt to get a bit of buzz going and to push an idea that hasn’t really gained a lot of notice just yet. Giving this the green light makes it feel as though everything that came in El Camino was just a wind-up and that the pitch is going to be a bit crazy when it comes out, if it ever does. The fact that Jesse had so many flashbacks in the movie should be a good indication that he’s at the end of his involvement with meth and with the life, which means a happy ending that’s followed by a move into an area where he can relax, be a decent person, and let the past just slip behind him finally. Fans don’t appear to want that however, as drama does sell and Jesse Pinkman knows drama a little too well considering that he suffered through a lot of it with Walt and because of Walt. Somehow though, he was brought out of a lot of trauma by Walt as well, as his mentor and partner tended to be unable to just leave Jesse to his own devices that often.

The reason a sequel to El Camino might be possible is simple, there would be money in it. Fans are so eager to see some stories continue that they’ll buy a ticket or pay for VOD without thinking twice since they’re simply excited to know that they’re getting what they think they want. But a second movie might be a bit of a stretch even if there are people alive that would like to have a ‘talk’ with Jesse. It is possible to make a story out of virtually nothing, but Jesse’s story isn’t composed of nothing since there’s a good number of angels that could be used for a sequel, but the trick is to know just what might be a good idea and what could bury the movie before it was ever released. Aaron Paul is a great actor but even great actors get cast into movie that aren’t given enough planning or don’t have enough content to really keep the story going. That’s the fear here, that with Jesse finally getting out of the business it would be mainly old relationships and grudges that would come back to bite him and possibly bring a war to his new home that he couldn’t win. It feels safe to say that a lot of fans would love to see Jesse just ride into the sunset so to speak and continue his road towards a good and hopefully peaceful life.

A sequel wouldn’t do that unfortunately. Whether it was conflict in Alaska or conflict that came to Alaska, getting Jesse involved would be kind of a mistake since it would mean putting him back in the wringer and a lot of fans might actually wonder why such a thing was done. It’s definitely possibly make another El Camino movie, but at this point the first one ended on such a good note that it almost feels as though it would be kind of a slap in the face to some of the fans.