Home
TV News
Is It Time for an Eastbound and Down Revival? 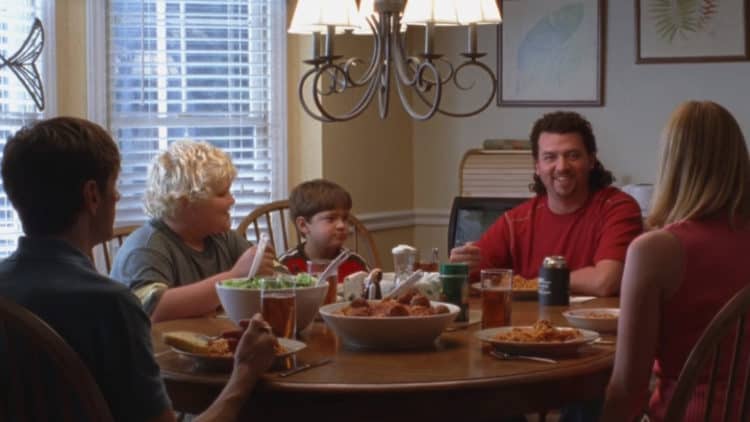 It feels like it’s a time for looking back to try to bring various ideas into the present, and Eastbound & Down appears to be on the minds of the people at this point since it was considered to be a fan favorite and Danny McBride has been a favorite of many people. The show only had four seasons and ended back in 2013, but thinking that it might be in need of a revival appears to be something that many people believe could be in order at this time. Whether or not it would be a popular thought among many individuals is difficult to say, even if the show had a great rating on Rotten Tomatoes and with other critics. The downside of course is that the idea of where to pick the story up after so long would need to be made, and it’d be interesting to find out if the same actors would be ready and willing to come back. There’s no doubt that some of them might, but it’s easy to think that new faces would have to be found to take on the roles of new characters or to replace those that didn’t want to come back. Even the script would have to be changed up in order to make things work since even in 8 years things have changed in ways that would need to be addressed in order to please the audience.

This interest in bringing back past shows and movies is something that tends to perk up a lot of ears since one can’t help but think that back in the day when they were first created and in some instances canceled it was thought that even if they were successful that they had reached a point where they were no longer effective and had pretty much told their story, reaching a point that couldn’t be breached simply because to do so might have been detrimental to the core idea. That’s not hard to get behind really since pushing a story past its prime and remaining successful takes a good deal of work and a lot of luck, but trying to bring everything back now feels more like a trend than an actual desire since there are simply too many ideas being brought back from the past for a reboot, revival, or remake to state that ‘it’s time’ to bring the past back into focus. Bringing so many older ideas back at this point doesn’t appear to be at the expense of the present and the possible future, but it’s still a bit suspect in a few ways simply because the need to revisit ideas that have already come and gone continues to dampen whatever faith people might have in those that are responsible for the entertainment of the masses. It might sound corny, but it’s true. Since entertainment is such a big part of our shared cultures, trying to keep everything moving along and keeping it entertaining is a huge responsibility.

Eastbound & Down could be an interesting revival option if it did happen since it might be kind of interesting to see if Danny McBride is still just as funny as ever and can bring a bit of life back to the show, but it does feel like something that would require a good deal of updating and a bit of care to get everything right. It’s likely that many people would rather just bull ahead and see what can be done without worrying too much about anything other than the needed updates, but if this does happen then one of the best things to do would be to examine how the show ended and then how it needs to return, albeit several years later. It does feel that enough would change that the show would need to reflect this since otherwise it’s not nearly as believable to the target audience and the show might as well not even bother coming back since it would be more of the same. This might satisfy some folks but it does feel as though it wouldn’t satisfy everyone since it would be an incomplete idea that wouldn’t take root quite as well. Even those that haven’t been working in the industry know well enough that to build something of quality one has to take into account what people are going to want, what they’ll expect, and the compromise that they might be willing to expect. With this show, it does feel as though a revival could be accomplished easier than some, but the script would need to be on point and not deviate too much from what was produced years ago.

Too many differences from the original show would be a mistake since it wouldn’t feel right and the continuity would be off, while keeping everything the same would be utterly boring, no matter how funny it is.