Home
TV News
Is It Time To Reboot My So Called Life? 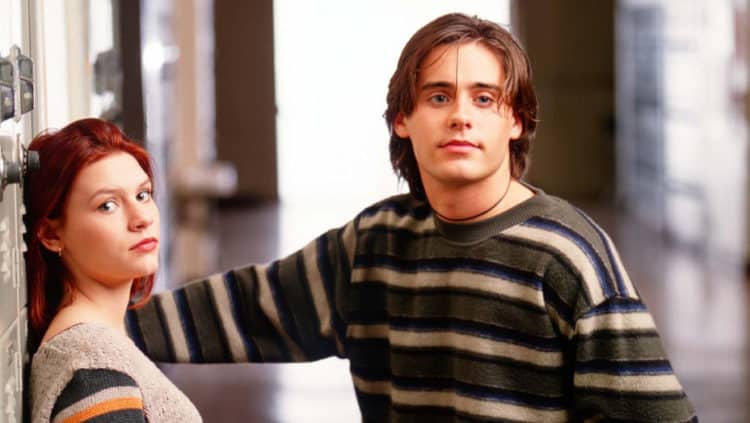 If people are looking for another show that depicts young kids that have major issues with substance abuse or emotional problems then it could be time to reboot My So-Called Life, a popular show that was created back in the 90s and was kind of indicative of the times. This time around though the content wouldn’t really have to change, but it might have to include a lot of other factors that weren’t quite as prominent in the 90s. These days there are a lot of other subjects that would need to be tossed into the ring to show what young kids are dealing with on a regular basis, as the things that kids worried about decades ago are sometimes considered to be kind of pedestrian when compared. In all honesty, the old issues are still serious issues, but the fact is that thanks to a current divisive nature within our country, this show would need to be handled delicately if only because it could end up offending a great number of people if it was allowed to simply blunder forward without any filter whatsoever. It’s true that it could easily be handled by a streaming site and be considered to be beyond anything but criticism, as the inclusion of Cuties could be used as an argument in that case. Oh yes, I went there.

The social landscape has changed a great deal in the past two decades and to be accurate enough to be worthwhile, the show would have to provide evidence of this in detail and would even have to go the extra mile no doubt and possibly offer a disclaimer to viewers as to why what they see is not an indication that they should aspire to be like those on the show or practice anything they see. A PSA sounds extraneous, but in a show that would be dealing with sensitive subjects for so many it does sound as though it would be wise, especially considering that this was done with 13 Reasons Why on Netflix. If you’re rolling your eyes and thinking that it sounds like a little too much then you’re not alone, but the unfortunate fact is that unlike past generations there are simply too many people these days that look to what they see on the screen for tips on how to live their lives. It’s true that what’s on the screen does influence a lot of us, but the truly frustrating part of this is that some folks will literally take anything and everything they see as gospel and will attempt to live up to the standards of those they see in a fictional setting. It’s kind of a sad testament to society in a way, but it’s unfortunately quite true since several people have decided to let the TV do their thinking for them at times.

To bring this show back feels like it would be fairly simple and would only depend on who was ambitious enough to do it and what kind of cast could be assembled that might push the agenda that would be behind it. There might be those that would want to say that we really don’t need another show like this, but the fact is that a lot of people might like to see this idea revisited if only because it would be giving a voice to the teens of this current era and would allow them to be represented by even more individuals that are shown going through the same things they are. This is something that tends to happen with every generation, as many people want to see stories that are about their lives essentially and show the struggles that they’re going through. In this current era, one can only imagine how the overall story would look and how many different issues would be taken on at the same time. It’s very possible that this show could be the next big thing if it was given the kind of treatment that could make it appeal to those of this current era while still managing to keep the overall tone that people were used to back in the 90s. It might even do to bring in some of the older actors for cameos or perhaps involve them in other ways. Whether or not they could be procured for a spot in the show is hard to say, but it does feel as though this could be a possibility in the years to come.

Shows from the past are being looked at all the time to see if they could possibly be brought into the current time period in new ways or if they could be rebooted in some way, but there are some that would definitely need a serious upgrade. If this one was rebooted it’s likely that it might get a little attention at least.