Home
TV News
Is Matthew Fox the next Tiger Woods? 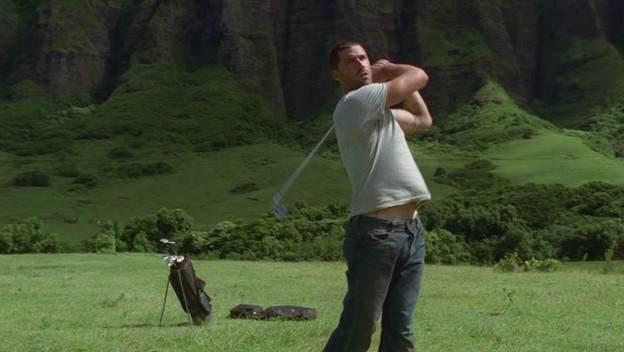 LOST fans have seen too much scandal. There have been the numerous DUI’s, some of which have linked to the firing of actors from the show. There has been the allegation that Henry Ian Cusick, who plays Scotsman Desmond Hume on the show, sexually harassed a former crew member. But now, of course, the latest scandal has appeared, and this time the accusatory finger is pointing at actor Matthew Fox. Fox has been married to Margherita Ronchi, a former Italian model, for eighteen years. The two both have school-aged children.

Fox, who portrays main character Jack Shephard, has been accused of cheating on his wife with a stripper, a la Tiger Woods. That stripper is Stefani Talbott (pictured left), who alleged to having first met Fox last July while she was working at Stars Cabaret. “I was dancing onstage, and I made eye contact with him immediately. I got so excited,” Talbott told In Touch Weekly.

Fox, 43, allegedly paid for four $20 dances from Talbott soon afterward, and the two began an affair. Apparently, he invited her to join him at a house where he was staying with friends. “We sat around and talked about his show. He complimented me and was saying how down-to-earth I am. He told me he was going to be in town for a couple of days,” she recalls. “He didn’t tell me to keep it a secret or anything. He didn’t even use protection. He didn’t seem concerned at all.”

Taxi driver Andi Watson is prepared to back up Talbott’s claims, alleging that she drove the amorous duo to Talbott’s townhouse one night, picking them up half an hour later. “[On the first ride] They kissed and touched each other in the cab,” Watson said. On the way back from the townhouse, “they were more romantic than before, kissing a lot more and hugging each other.”Personally, I wouldn’t be surprised if Fox was or wasn’t guilty (representatives for him claim that he’s not). Talbott, who claims to have saved incriminating voicemails and text messages from Fox in an attempt to blackmail him (the results of his unwillingness to crack likely being seen now), seems to me to be cashing in on the success of LOST‘s sixth season.

The scandal probably won’t be as widely publicized as that, say, of Tiger Woods, and that’s good. I just hope it’s not going to be prolonged or as ugly.