Home
Young and The Restless
Young and the Restless Spoilers: Is Natalie Double-Crossing Victor? 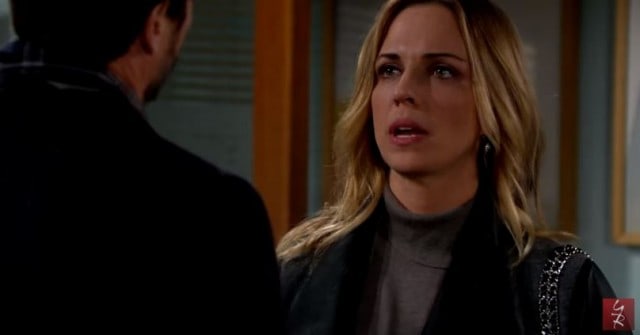 Wednesday is all about the danger and the drama on The Young and the Restless. After Tuesday’s tumultuous episode in which Victor has Marisa kidnapped and Natalie worries for her future, Kevin plays everyone for a fool and Nick finally beings to see that Sage is not wrong about Dr. Anderson, we have to wonder what will happen. It was a quiet day at the hospital Tuesday, which means we did not see much of the situation with Billy. He’s still doing all right, but he needs more healing before he is back to normal. The doctors are doing everything that they can, but spoilers for Wednesday tell us that Jack is still blaming himself and Victoria is still praying for more miracles. Jack is living with a very heavy burden on his shoulders right now over the condition in which his brother is in, but no one is more to blame for what happened than Noah, the man who actually ran him over and then left him there to die. We’re watching as he continues to face a downward spiral we are not sure he can come back from following his accident.

There’s some suspicion on Victor’s part that Natalie has been double crossing him with some program she’s working on. She swears that she is not, but he is not really into believing her at the moment. He already had his son’s wife kidnapped so that he could get his other son back, but we think he might be having a few second guesses about that. We already saw on Tuesday that Kevin feels that Victor is wrong abou the girl in the ransom note for Adam’s safe return. Victor was convinced it was Marisa, but Kevin thinks that it’s Natalie. Who is right? Is Kevin playing everyone or does he really know something that Victor does not? He’s already suspected that there might be something going on with Natalie’s loyalty, so there is always a chance he is merely trying to scare her. However, with Victor questioning her about things, we need to ask the difficult questions. Did he have his daughter-in-law kidnapped for nothing? 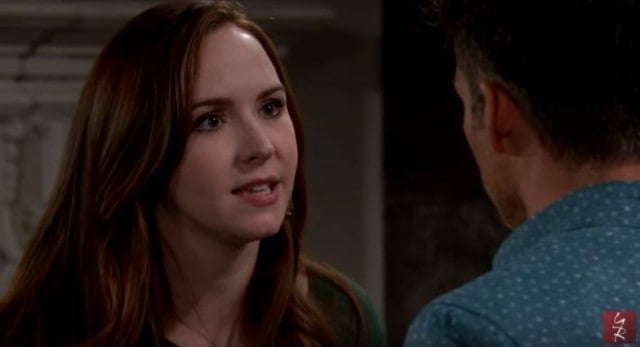 As for Adam, he is still missing. We know he is alive still, but for how long? And when will be the day that Victor turns over Marisa and hopes to get him back? Chelsea is still doing all that she can to continue to find her husband, and that includes meeting with the newly minted detective, Dylan. It’s Wednesday that Dylan decides that he believes Chelsea and that he is going to see Victor. We know that he has some tough questions for Victor, but will he find the answers that he is looking for, or is he going to find that he can’t find the answers he needs at all? Chelsea and Sharon have bonded over their worry for the men in their lives. Sharon admitted on Tuesday’s episode that she is not behind Dylan and his need to be a police officer, but he does not care. Chelsea is the wife of a man who was kidnapped, she suspects by his own father. Even though we think that this point that Victor isn’t behind the kidnapping, we know that he knows about it and has chosen not to go to the police with it. Either way, he looks guilty as if he has something to hide. This is one family that will end up with some serious hatred among them before this entire thing is said and done.

As for Luca, he is still panicked. His wife is missing and he is certain that she’s been kidnapped by his father. He knows that she is the woman in the note for the ransom, but he wasn’t willing to give her up. Since that choice was made for him by his father, he’s left with nothing but his hope and his desire to find her. Will he find her before it’s too late, or is it just too late as a whole? Tune in Wednesday to find out what happens in this dramatic episode and all its twists and turns — so many misunderstandings between everyone has caused more trouble than need be.