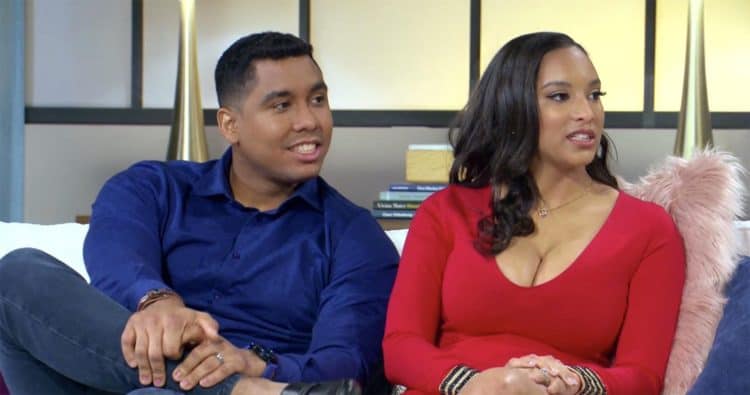 When Chantel and Pedro Jimeno joined the cast of 90 Day Fiance in 2016, they quickly became one of the franchise’s most well-known couples. They weren’t the only ones who viewers loved, though. Chantel’s family also became very popular. So popular, in fact that they were given a spin-off series which debuted in 2019. The series, The Family Chantel, was named after Pedro’s nickname for the Everetts. The show has become a huge hit among 90 Day Fiance fans who simply can’t get enough of Chantel’s family’s antics. But while the show is incredibly entertaining, people can’t help but wonder if it’s all just an act for the sake of good TV. Continue reading to learn whether or not The Family Chantel is fake.

How Did Pedro And Chantel Meet?

If you’ve been watching The Family Chantel but haven’t been following Chantel and Pedro’s journey since the beginning, you may not know the couple’s completely backstory. According to Chantel, “I was interested in learning Spanish and I had a friend introduce me to Pedro. He’s from the Dominican Republic. The idea was for me to learn Spanish and for Pedro to learn English. But when I first saw him online, I was attracted to him right away. So I decided to visit him in the Dominican Republic.” Chantel didn’t have plans of pursuing a serious relationship, but they eventually fell in love.

Unfortunately, however, not everyone loved the fact that Chantel and Pedro had found each other. Once their families got involved, it didn’t take long for things to take a sharp left. Chantel’s family felt like Pedro was using her to gain American citizenship. Pedro’s family felt like Chantel wasn’t the right person for him. As you can imagine, family interference put a lot of strain on their relationship. Still, they were always able to push through.

What’s The Deal With Chantel’s Family?

Here’s a quick rundown of members of the Everett family who are cast members on The Family Chantel:

Although Chantel has a close relationship with her family and they seem to want the best for her, it’s clear that they don’t know when to fall back. For example, Chantel’s parents once hired a private investigator to look into Pedro’s background to attempt to uncover whether he was using Chantel. On another occasion, Pedro and River got into a fist fight at the dinner table. No matter how much she begs them to stay out of her relationship, they can’t resist putting themselves in the middle.

Is The Show Scripted?

With the second season of The Family Chantel officially underway, it’s becoming harder and harder to believe that the story lines on the show are real. We all know that the truth is stranger than fiction, but this show certainly takes things to a completely different level. But does that necessarily mean the show is fake? The jury is still out on a concrete answer, but there’s a good chance that everything on the show isn’t 100% real.

TLC hasn’t released any information to suggest the show is scripted, and in reality they would never admit that one of their reality shows is fake. But that hasn’t stopped fans from jumping to conclusions. In a Reddit thread about the show, one user said, “I don’t think their story line is real at all. Chantel and Pedro (and the families) all get along fine, and they are all harvesting the American TV viewers’ dollars.” Another user named clbpluschl also insisted that the “The whole show is fake.”

While it’s highly unlikely that the entire show is scripted since no one on the cast seems to be a legitimate actor, there is a good chance that the scenarios are manipulated to make things more dramatic.

Most people who watch reality shows are more invested than they’d ever admit. With that being said, it can be a little disappointed to find out that things aren’t really what they seem. However, at this point, most people who watch The Family Chantel do so under the impression that what they’re seeing isn’t reality. For that reason, it probably doesn’t matter to most people that the show is more than likely fake. In fact, several Reddit users admitted to enjoying the show’s entertainment value even though they don’t believe that any of it is real. With so many hectic things going on in the world right now, a show like The Family Chantel could be the perfect thing to help you unplug for a little.