Home
Movies
Is Taskmaster Coming Back to The MCU? Black Widow Hints at It 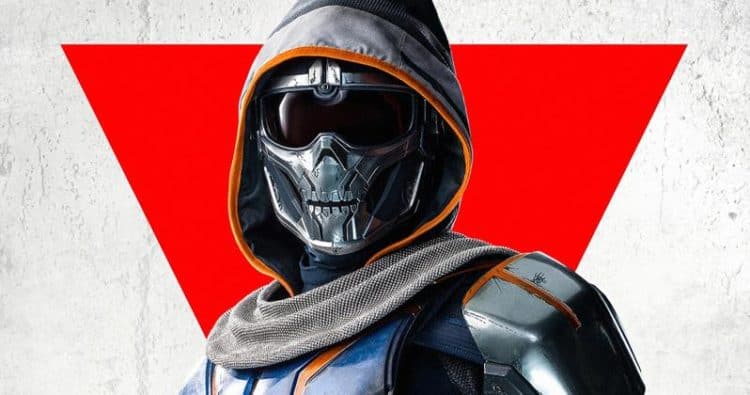 It would certainly be interesting to see Taskmaster remain as a part of the MCU, especially since (spoilers) she didn’t end up dying at the end of Black Widow. Free of her father, the main villain of the movie, Dreykov, it would be a great idea to see her interact with the rest of the MCU roster, as much as is deemed possible at least. There’s always the question of whether Olga Kurylenko would want to come back as well since it does kind of feel that Taskmaster could be a character that shows up here and there, and isn’t bound to one hero or team. It might even be nice to give her a solo movie or limited series to play with, just to see how things might go and who might be the best fit to set Taskmaster against. The truth is that this character, usually seen as a villain, has gone up against quite a few individuals, and has dominated a few while finding it nearly impossible to mimic others, such as Deadpool, whose insane fighting style has confounded Taskmaster in the past. But bringing this character further into the MCU is a definite must.

The fact that Taskmaster is now a woman might change a few things, but it doesn’t change anything when it comes to how deadly she is. It’s one thing to take on the Red Guardian, especially since despite being an insanely strong and capable fighter, he’s still older and not quite as skilled as Taskmaster obviously. It might actually make some people bristle to see a renowned character like Red Guardian shown as kind of a bumbling older man that isn’t quite as up on how the world works as his ‘daughters’, but the fact is that David Harbour did play a decent character that fell in love with his own fame and was at least a little bit conceited. In thinking that he was tough enough to take on just about anyone,

Alexi was kind of rash when it came to taking on pretty much anyone. His story of fighting Captain America was a bit over the top, especially since the fact is that Steve Rogers was buried in the ice when the story takes place. Even the convicts appear to know this. But when Alexi took on Taskmaster it was made apparent that while he is insanely tough, Taskmaster is his superior when it comes to a fight.  Who to pit the mercenary against now is kind of hard to figure, since Deadpool might be a fun challenge, but there’s no word on if this character is going to be seen again, since several villains have been brought into the MCU and then allowed to vanish after a single movie. It’s a regrettable thing to see, but considering that the MCU is being taken in a different direction from the comics, even if they’re following various stories that people remember from the comics, it’s fair to think that it’s going to take a real effort to figure out how to incorporate each villain that people want to see again. Plus, getting people to actually come back for these roles could be an issue as well.

Trying to figure out who to set Taskmaster against would be a serious headache as well since the character has gone up against so many different characters, heroes, and villains alike, that it’s tough to say where this character should show up. But it’s definitely easy to agree that the MCU should keep this character around since Taskmaster could become one of the most persistent and pivotal enemies around simply because of her ability to mimic so many different fighting styles. It should be noted that not once has Taskmaster been known to mimic the actual powers of the heroes, which was nice to see in the Black Widow movie, even if she wasn’t really set up against anyone that was too OP. But this is something that needs to be kept up since retconning the character any further would probably be a big mistake. Keeping the character as she is now, and either keeping her face hidden or perhaps worked on for a return appearance, so as to blend in with society instead of being entirely noticeable.

Again, it’s uncertain if Olga would want to return, but it would certainly be cool if she did since seeing a bit of continuity would be great. But, with the mention of surgery to alter her appearance, it could happen that another individual might be able to take on the role of Taskmaster if Olga didn’t want to come back. Either way, it would be great to see this character return as a continuing villain, especially since Taskmaster is woefully underrated and should be given a lot more prominence. A fight with the new Captain America might be kind of fun.